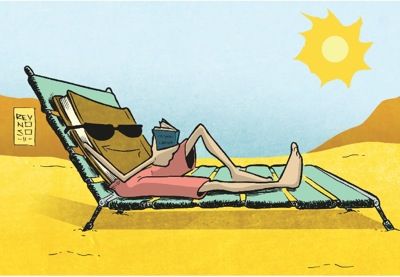 Last summer, noted European history professor Tony Judt succumbed to Lou Gehrig’s disease and months later, Penguin Press released his memoirs The Memory Chalet. This book is short and packed with glances at the sweep of European history from the post-war economic boom in European rail investment, competing political ideologies and contemporary budget austerity. Judt’s memoirs are unique because he documents his steady decline due to Lou Gehrig’s disease while dictating the memoir. Judt begins the memoir with a description of the phases of his neurodegenerative disorder. “Next you begin to lose your voice…in that the diaphragm muscles can no longer pump sufficient air across your vocal cords…By this point you are almost certainly quadriplegic and condemned to long hours of silent immobility, whether or not in the presence of others.” Allusions to Judt’s greatest historical work, Postwar, are sprinkled throughout his memoirs. Judt’s aim in Postwar was to integrate western, eastern and central Europe into a single narrative — a politically fraught work, though it’s a suprisingly breezy read for such a dense book. Reading these two congruent, but different books is a good pairing whether you’re a history buff or preparing for that summer trip to Europe.

Presidential election season is upon us like Christmas decorations during Halloween, and if you lost your illusions of change and hope — or missed Sarah Palin’s Paul Revere motorcycle ride — read North Star. This book is ’60s radical and Green Party candidate Peter Camejo’s memoir. His life was the antithesis to consensus liberalism — he unsuccessfully challenged liberal lion Ted Kennedy for his senate seat; he was a rabble-rousing champion of immigrant rights (in then-Democratic Texas); and he was deeply involved in requisite left-wing battles and, of course, Green Party politics. Camejo ran as the Californian Green Party gubernatorial candidate three times and his strongest showing garnered 5.5 percent in 2002. He was also Ralph Nader’s Vice Presidential running mate in 2004 and Camejo settles some scores with notables (such as Howard Zinn and Michael Moore) who urged Nader not to run, for fear of another Bush term. North Star takes some interesting turns — including Camejo’s brother’s stint in Mexican prison and other Latin American escapades. Readers who have no stake in left-wing party battles may skip some pages, but Camejo’s life is that of a boomer who stayed true to ’60s politics.

Written in 1922 by Sinclair Lewis, Babbitt now enjoys a quiet relevance as a critique on contemporary American society. At the heart of the novel is the middle-aged conformist George F. Babbitt who “made nothing in particular, neither butter nor shoes nor poetry, but he was nimble in the calling of selling houses for more than people could afford to pay.” Sound familiar? Mr. Babbitt busies himself with climbing up the petite bourgeoisie social ladder, scolding his children and participating in excessive hometown boosterism. Babbitt’s roaring tastes are mild: church attendance is important, lunch with friends at the social club is good and unions are a threat to society. The novel’s tension comes when Babbitt falls down the social ladder and takes a moral inventory. Lewis also captures archaic Americanisms: “four-flushing old-back number,” “Look here, young Dempsey,” and “swell bunch of Lizzie boys.”

It’s hard to pull off a moral third-world travelogue, but I’m hoping Cambodian Grrl succeeds. This series of essays by Anne Elizabeth Moore is culled from time the author spent working with young women and girls in Cambodia. Moore, an artist, writer, zinester and the editor of the departed Punk Planet, is known as a feminist and media activist and conducts plenty of tours and workshops to prove it. Teaching zine-making to young women in a country most recently remembered for the genocide of about two million citizens — and where women’s rights are unheard of — can’t be easy. Judging from the blog she kept while she was there (camblogdia.blogspot.com), Moore comes up against some tough questions, and the responses, in a blend of memoir and investigative reporting, will be illuminating and intensely personal in a way that is uniquely hers.

Also on my list for this summer is David Graeber’s Debt: The First 5,000 Years. A renowned anthropologist who’s studied anarchist communities (and was allegedly dismissed from Yale for being one), Graeber is one of the preeminent critics of our culture. Like all of my favorite academics, he walks the fine line between academia and readability, drawing from examples both far-flung and down the block. Here he counters the assertion that modern markets, which created the modern marvel of credit, replaced barter systems that were unsophisticated and cumbersome. He examines the centrality of debt to political debates across the ages, and shows how the infusion of debt-influenced language into law and religion affects us even today. It may or may not show us the way forward from the current crisis, but at the very least, Debt promises to be a very bright mirror.

Twelve breaths per minute is average. Thirty breaths per minute is the average for readers of The Brief Wondrous Life of Oscar Wao. Junot Diaz’s book breaks the language barrier between English and Spanish, history and the unconscious. Driving the novel is the fall from grace, redemption and martyrdom of ghetto-nerd Oscar Wao. He is obese, brilliant and caught by the betrayals blowing through his family’s many silences. In returning to Santo Domingo, Wao faces the post-colonial power that first destroyed them. What we are left with is a painful testimony that is “the harvest of Empire.”

Introduction to Sociological Theory: Theorists, Concepts, and their Applicability to the Twenty-First Century
By Michele Dillon
Wiley-Blackwell, 2010

We live in an invisible architecture of ideology. We don’t have to see it to feel it. We don’t have to talk about it to know it. Giving us vision is the work of Introduction to Sociological Theory; it is an uncommonly clear and effective college-level textbook. Spanning from Emile Durkheim to post-modern globalization, author-editor Michele Dillon crafts a grand-narrative of a discipline that takes sides. She urges for sociology to create “emancipatory knowledge” that frees us from the invisible ideas we are trapped within.

What happens when your voice breaks apart? When the person who was supposed to receive you fades and your words float in the air like balloons? In The Notebooks of Malte Lauride Brigge, Rilke creates a semi-autobiography of expressionist anxiety. The protagonist is lost among faces that push air through language but never say anything that reflects the reality around them. It is not a book for readers who need plot or narrative drive. It is a book for readers who can enjoy the lyrical confession of a soul in exile.

Frances Negron-Muntaner is one resource I really regret letting pass by while in college. She is undoubtedly one of the more bad-ass academics making sure Columbia doesn’t fall into total asinine brown-nosing. In this collection of fourteen essays, the authors question the concept of sovereignty in the framework of the nation-state and explore how sovereignty is utilized, revised and revolutionized in indigenous liberation struggles.

Though I have never been to the South, I have read all of Faulkner’s major novels and many of the minor ones, I sometimes cry during “The Night they Drove Old Dixie Down” and I often call people from New England “Yankees.” I will join Agee and Evans in this somewhat romanticized southern sympathizing this summer as I travel for the first time to the South. I am looking forward to holding my own experiences up against the mystical poetic-journalism account of a fellow over-intellectualized dreamer.

The Art of Asking Your Boss for a Raise
By Georges Perec
Verso, 2011

The first English translation of this “lost classic” came out in March and now that I am rapidly approaching the chimera called the real world, I will have this guidebook through the absurd by my side. Perec is known for his experimental playfulness —he wrote the novel La Disparation without using the letter “e”— and this novel is based on an intricate flow-chart detailing the yes/no choices that govern office space dealings.