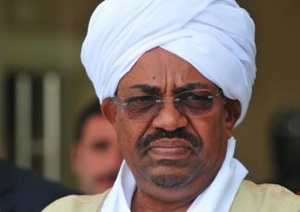 The government of Sudan is entering into a period of extreme instability. When the newly independent country of South Sudan seceded from the north on 9 July, it left behind a political and economic system on the verge of collapse.  Many of the same conditions that prevailed in Tunisia, Egypt, and Libya on the eve of their popular protests are present in Sudan as well, including rising commodity prices, high unemployment, and spectacular examples of official corruption. President Omar al-Bashir is deeply unpopular in many parts of the country, and as the economy slows he will find it increasingly difficult to pay the wages of the country’s bloated security forces. The insurgent groups in South Kordofan and Darfur have already stretched his resources to the breaking point, reducing his ability to respond to a sudden uprising in Khartoum or one of the other central cities.

Moreover, Sudan has a history of successful anti-government protests. In fact, before the fall of Ben Ali in January, the last time a popular protest movement peacefully brought down a Middle Eastern government was in Sudan, when in 1985 a coalition of trade unionists, civil servants, and students flooded the streets of Khartoum, ending the sixteen-year rule of President Ja’afar al-Numayri and ushering in a democratic interlude. The popular slogan of the day, “Remember the October Revolution,” harkened back to 1964, when an earlier peaceful uprising overthrew the military junta of General Ibrahim Abboud.  Many young people of Sudan do not have to look to Egypt or Tunisia to see proof that a popular revolution can work – they need only think back to their own childhoods.

As of yet, however, the so-called “Arab Spring” has largely passed Sudan by. This past January, while the world’s attention was divided between the uprising in Tunisia and the secession vote in South Sudan, sporadic protests broke out in Khartoum and al-Ubayyid, but were quickly overwhelmed by police. Numbering in the hundreds, these protestors were mostly students denouncing rising prices and government corruption. While opposition leader Hassan al-Turabi was arrested not long after, there is little indication that any of the major opposition parties were involved in the protests or are planning to replicate them anytime soon.

Yet it would be a mistake to assume that regime change in Sudan must necessarily follow the paths of Tunisia or Egypt. While a popular uprising remains a very real possibility, the greater threat to Bashir’s twenty-two year reign may come from the political elites who are ostensibly loyal to his government. There are growing signs that the self-styled Inghaz (Salvation) Regime is under enormous internal stress and may well be on the verge of collapse – not at the hands of any outside group, but rather because of a total breakdown in trust between the various factions that comprise the regime.

Opposition leaders like to say that the South’s secession represents a crushing blow to Bashir’s legitimacy.  It seems silly, however, to suppose Bashir has any legitimacy left to crush. What he does have is a fractious coalition of military, security, and business interests, as well as some smattering of religious support, which rarely works in concert and has lately shown signs of falling apart. With little room to maneuver, Bashir has been eager to win the support of at least one of the major opposition parties, and to that end has promised in recent months to inaugurate a government of national unity. But those factions that currently keep him in office are jealous of their influence and act aggressively whenever he moves to reconcile with the opposition leaders.

Two recent examples of this dynamic dramatically illustrate the internal split that divides the regime’s moderates from its hard-liners. The first unfolded over several days in late April, when presidential security advisor and intelligence chief Salah Gosh clashed with Nafi Ali Nafi, a hard-line senior aid to Bashir and vice-president of the governing National Congress Party (NCP). Gosh had approached two of the largest opposition parties to determine whether either would be open to engagement with the regime. In a rare display of intra-governmental discord, Nafi accused Gosh of plotting behind the president’s back, essentially betraying the presidency and (more damningly) sidelining the NCP.  Gosh angrily rejected the charge and claimed that he was acting with the full knowledge and support of Bashir.  Ultimately, Bashir was forced to choose, siding with Nafi and the NCP over Gosh. This decision was especially damaging for Vice-President Ali Osman Muhammad Taha, an ally of Gosh’s who has had a long standing rivalry with Nafi and his followers in the NCP.

Gosh was sacked not long after, but Nafi would soon find himself in a similar position. This past July, Brigadier-General Mohamed Ajeeb Mohamed took to the pages of al-Guwat al-Musalaha, a mouthpiece of the Sudanese Defense Forces, to denounce a recently brokered deal by Nafi that would have recognized the North Sudanese rump of the Sudanese People’s Liberation Movement (SPLM) as a legitimate political party. Mohamed called the agreement “a betrayal of the nation and the faith” and threatened dire consequences for the regime if it did not reverse course. Bashir quickly disavowed his lieutenant’s actions, but Nafi refused to back down. As recently as 30 July, he was still reiterating his support for the SPLM and its status as a legitimate political party in South Kordofan province, in open defiance of Bashir and the military. It was not until mid-August that he finally relented and begrudgingly denounced the SPLM-North. By then, however, the damage was done. These contradictory statements, with each side essentially daring the other to blink, reveal a deep divide in the regime over how serious its engagement with outside groups should be.

The opposition parties themselves, meanwhile, have tried to take advantage of the regime’s disarray, but they too are deeply divided about the way forward. Both Sadiq al-Mahdi and Muhammad Uthman al-Mirghani, leaders of the National Umma Party and the Democratic Union Party respectively, have sizable and stable constituencies that give them considerable heft in Sudan’s political arena. Both have formed national governments during the country’s brief democratic interludes (it was al-Mahdi’s elected government that Bashir overthrew in 1989) and both are able to call on large numbers of followers through their leadership of Sudan’s two major Sufi tariqat, the Ansar and the Khatmiyya.  But deep internal divisions remain, particularly within the Umma Party, where many of its younger members have grown weary of al-Mahdi’s leadership and his on again/off again flirtation with the NCP.

And then there is Hassan al-Turabi, Sudan’s leading Islamist ideologue and perennial political survivor. For the first decade of Bashir’s presidency, Turabi styled himself the true power behind the throne, as both leader of the National Islamic Front (the precursor to the NCP) and long-suffering mentor to the naive president. During those ten years, many of the policies that would eventually drive the South to secession (unequal distribution of wealth, forced Islamization and Arabization of its population, etc.) were either inaugurated or accelerated. But simmering tensions between the two broke into a full-fledged crisis in 1999, leading to Turabi’s expulsion from government and subsequent house arrest. Since then, he has founded a new political party (the Popular Congress Party), called for the overthrow of Bashir, and tried to refashion himself as a liberal democrat and the Arab Spring’s natural champion. Many analysts have dismissed Turabi as a spent force in Sudanese politics, and they may well be right to do so. His recent goodwill tour through Egypt (his first in twenty-three years, made possible by the fall of the old regime) has generated plenty ofheadlines, but seems unlikely to make much of an impact in Khartoum. Nevertheless, all this could change if he enters once more into an alliance with Bashir or one of the other opposition parties. Neither would be too farfetched for a strategist as unpredictable as Turabi, a man who once engineered his own arrest in order to disguise his role in the 1989 coup d’etat.

For the time being, hardliners in both the regime and the opposition will probably make a government of national unity unlikely.  Much will depend on whether the economic situation improves. If, as now seems likely, it continues to deteriorate, Bashir has few options. One would be to hold a new round of national elections, which could help him to consolidate his control of the NCP and re-establish some semblance of legitimacy. Recent hints from high-level members of the party suggest that just such a plan may be in the offing, but Bashir would have to make a convincing case for why this election would be more honest than the one he convened just one year earlier, which was marred by several well-reported instances of fraud. Another possibility is that Bashir will try to win over the Islamist groups and clerical associations, which have been divided in their loyalties ever since his falling out with Turabi. The regime has already promised to use the South’s secession as an opportunity to re-implement shari‘a, though what this would mean in practice is unclear. Already Vice-President Taha, seen by many as the leader of the regime’s Islamist faction, has promised that those who oppose shari‘a will be the first to be tried and punished under it. Speaking at a public rally in Khartoum on 31 July, he warned the regime’s enemies that it will “cleave with a sword those who have overstepped their limits and acted insolently against the Sudanese people, their president, or theshari‘a.”

Whether these latest ploys will work is unclear, but the regime will have to try something.  The loss of the South has completely upended Sudan’s political system, leaving elites scrambling to adjust their political calculus in response. Even if the regime does survive these next few years, it will face another crisis in 2015, when Bashir has promised to step down from the presidency and surrender his control of the NCP. In the resulting power vacuum, a violent struggle between Nafi and Taha for leadership of the party is a real possibility. Until then, Bashir has at least as much to fear from his own government as he does from those who would seek to bring the Arab Spring home to Khartoum.