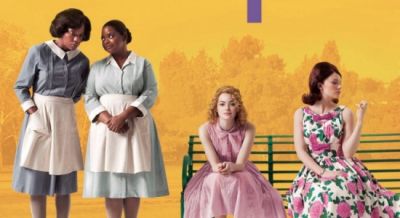 I was so angry after seeing The Help, a movie about a white woman writing the testimony of black maids in the South. It took days to cool off. It is a deeply flawed film. The violence of segregation is used for comic relief. The chick-flick antics are just wrong. But at its core is a question betrayed by laughter: Does love make us responsible for each other?

Based on the 2009 book, The Help opened August 13th in theaters nationwide and it has been slammed by critics. I mean W.W.F. slammed. Hulk Hogan slammed. Professor Melissa Harris Perry tweeted from the theater, “so angry hard to formulate words.” She was joined by Nelson George in the New York Times and the Association of Black Women Historians in pointing out the film’s silence on the rape, lynching and terror of Southern racism under tongue-in-cheek humor. And they are right.

But the failure is not simply a mimetic one. Instead the failure of The Help, both book and film is that it betrays its own values. The core narrative is of a girl who is loved and who loves a person separated from her by bigotry. She knows this woman suffers insults and abuse in silence and wants to speak for her.

The protagonist Skeeter writes down black maid’s testimonials to repay the love she received from her nanny. Even I was touched when black nanny Aibileen Clark, played beautifully by Viola Davis held a white child on her lap and taught her to say, “You is smart. You is kind. You is important.” And I winced when Clark winced as she saw the girl’s body covered in dark bruises from beatings.  Or when Aibileen tells Skeeter of her son being crushed by a truck at work and the white boss threw his body on the hospital steps and left. How she took him home and watched him die on her couch.

What drives The Help is the ethic that love makes us responsible for each other even when it means risking our social status. Love causes us to mirror and internalize the one loved which is why it is dangerous. It creates loyalties that crosses the law and threatens to collapse hierarchical societies. In 1960’s Mississippi love got people killed. And that’s where The Help betrays its principles. Yes there were deep intimate and decades-long relationships between nannies and families. But there was also ugliness, insults, abuse and rape. But instead of love being a force that opens Skeeter to the full depth and width of black life under Jim Crow, it becomes proof of her nobility. And since that is the goal of the narrative, the real violence of Southern segregation is missing.

We don’t see or hear of the rape written about by Harriet Jacobs or see in the DNA of Thomas Jefferson’s descendants from his slave Sally Hemmings. We don’t see the abuse of black maids so visible in the life of South Carolina’s segregationist senator Strom Thurmond who at twenty-two had sex with the black sixteen year old family maid, Carrie Butler and got her pregnant. He is the same man who gave a twenty-four hour filibuster, the longest by a lone senator in order to stop the 1957 Civil Rights Act. Thurmond’s motto could be, “Segregation in the street but integration in the bedroom!”

Instead The Help sells out its own values of love and identification with the Other in order to reflect the bourgeois tastes of its white middle class female audience. In doing so, it leaves the real history of black women in a historical vacuum. And critics are angry because few films explore African-American history and those that do, like this one, always center white protagonists. It is the white soul that is at stake, its redemption driving the plot as black people fade into the background. Instead of Skeeter’s love forcing her to recognize the terror and violence “the help” lived with it bathes her in the light of a white liberal messiah.

The white liberal messiah is a stock figure; it is a man or woman transformed through empathy with the oppressed black people. You see them in Avatar, Freedom Writers, Dangerous Minds, Amistad, Amazing Grace, A Time to Kill, Star Trek: The Next Generation and Mississippi Burning. The tradition of white characters gaining maturity by helping black people began with Mark Twain’s Huckleberry Finn. Finn a white boy risks himself to free runaway slave Jim, despite it being like “stealing” someone else’s property because Jim is “white on the inside”.

Since these characters and plot re-appear in American culture we can say it is a narrative institution; a story told generation after generation through which white audiences enter and learn how to relate to racism.  In The Help, liberal messiah Skeeter raised money through writing and gave it to the maids. In real life, Stockett failed to live up to her fictionalized self. She was sued for $75,000 by Aibleen Cooper, the maid of her brother for taking her name and biographical details to create the character Aibileen Clark in The Help. Aibleen and “Aibileen” share a name, a gold tooth and life-events but Judge Tomie Green dismissed the case because it was filed after the one-year statute of limitations. Outside the court, Cooper aimed her disgust at Stockett. “She’s a liar,” she said. “You know she did it and everybody else knows she did it!” 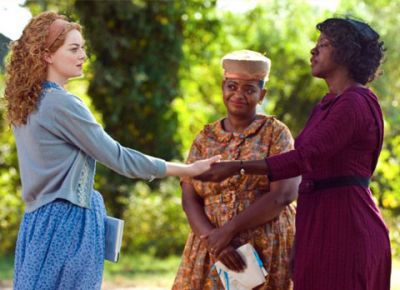 The messiness of real life is an ironic contrast to the feel good ending of the movie. The image of Skeeter, Aibileen and Minny holding hands before she leaves Mississippi expresses the desire of the author, director and maybe even the audience for a final atonement. But the court case and angry critics show the wrong has not been righted and won’t be until we can tell our stories, our way and be heard.