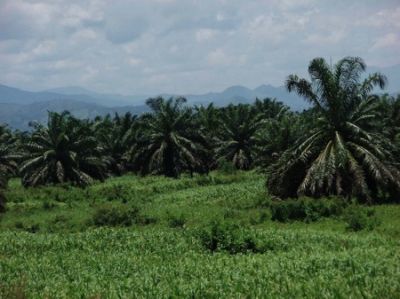 By the squeezing the illicit drug trade from below in Colombia and above in Mexico, U.S. policy has caused violence to balloon throughout Central America, destabilizing a region that has long been subject to American meddling.

During a March 30 Pentagon briefing, Gen. Douglas Fraser, commander of the U.S. Southern Command, described the “Northern Triangle” — comprised of El Salvador, Guatemala and Honduras — as “the deadliest zone in the world,” outside of conflicts like Afghanistan. The Northern Triangle boasts a murder rate four times that of Mexico and 10 times the United States.

As of June 2011, El Salvador had already logged 17 official massacres. In Guatemala, officials estimate that drug cartels have free rein in as much as 60 percent of the country. The mid-May discovery of 27 murdered farm laborers near Guatemala’s border with Mexico — allegedly killed by the Los Zetas cartel — prompted President Álvaro Colom to declare a state of siege in the area for the second time this year. Civil liberties were curtailed and the military was granted the right to arrest without warrant anyone it suspects of conspiring against the government. In Honduras, where armed forces have been drafted into the counter-narcotics efforts, Fraser said the murder rate is the highest in the region, at 77 deaths for every 100,000 inhabitants.

LAND, SEA AND AIR
Pressure from the militarized drug wars in Mexico and Colombia has caused Mexican-based drug trafficking organizations to diversify their trade routes in part by exploiting the institutionally weak nations of Central America. They take advantage of porous borders, such as the disputed Petén region separating Guatemala and Mexico, a 600-mile-long boundary with just eight formal checkpoints. Clandestine airstrips are sprouting in remote jungles. In Honduras, the U.S. government reported that drug flights skyrocketed following the June 2009 coup that forced out President José Manuel Zelaya. In addition to land and air routes, traffickers use boats and even specially constructed submarines to move drugs from Colombia to Central America and Mexico.

According to the U.N. 2010 World Drug Report, some 200 metric tons of cocaine moves through Central America and Mexico annually, earning regional cartels at least $6 billion each year. An estimated 84 percent of the cocaine consumed by Americans last year passed through Central America, up from 23 percent five years ago.

The recent U.S. push into Central American began in 2007 with the Merida Initiative, purportedly a program to improve law-enforcement communication, support institutional reforms and protect human rights. Critics say Merida underwrites President Felipe Calderón’s war on drugs in Mexico, which has cost the lives an estimated 46,000 people since 2006. Mexico received $1.5 billion in U.S. funds from 2008 to 2010, while security spending under Calderón has increased 99 percent to $9.3 billion by 2009, according to the Washington Post. Around $260 million was set aside during the same time frame for Central America — most for security services — through a separate aid package known as the Central America Regional Security Initiative (CARSI).

For both 2011 and 2012, the Obama administration has requested an additional $100 million for Central America under CARSI, mainly for weapons, security equipment and counter-narcotics training. But during a meeting in Guatemala City in June that brought together the seven Central American presidents as well as those from Mexico and Colombia, U.S. Secretary of State Hillary Clinton said all U.S. security aid to Central America would be upped to $300 million for 2011, a $40 million increase over 2010. The Economist reported that international donors also promised lavish security packages. The Inter-American Development Bank, which already funds police training programs, prisons in Costa Rica and mobile phones for Honduran police, pledged $500 million more over two years. To put this in context, all of Central America spent $4 billion on security services in 2010 (which itself is a 60 percent increase in nominal dollars since 2006).

NEOLIBERAL CRIME CONTROL
Dollar amounts may illuminate the militarized U.S. counter-narcotics effort in Central America, but it does not explain why the general population lacks any semblance of security or stability. How society is affected by the drug war can be seen through the lens of Honduras, which continues to suffer the repercussions of the U.S.-supported coup in 2009.

The Committee of the Family Members of the Detained and Disappeared of Honduras backs up Pine’s analysis. In 2010 the human rights group recorded the assassination of 34 activists with the National Popular Resistance Front — an umbrella organization of popular opposition to the coup. It also tallied 34 peasants killed in land struggles and the slaying of 31 LGBT community members, who have been targeted by coup supporters. The committee counted an additional 326 “suspicious” killings potentially linked to Honduran state forces in 2010.

Annie Bird, co-director of Rights Action, a Washington-based organization that works with Central American human rights groups, says state-sponsored violence is “widespread,” throughout Honduras. “It’s very clear that death squads are operating in the country and that they have a certain way of killing and a way of operating and profiling victims before the killings.” According to Bird, “In the north coast it’s particularly bad … death squads [are] overtly cooperating with the police.”

In Northern Honduras, the Aguan region has been the scene of a land rights battle, with impoverished campesinos under siege from powerful plantation owners producing African palm oil for the biofuel market. Since Zelaya’s ouster, campesino communities with legal land rights have been the target of a campaign of killings, torture and forced evictions at the hands private security forces paid by palm oil magnates and shielded by local authorities.

According to Bird’s research, approximately 400 hired guns operate out of the Honduran military’s Rio Claro base, home to the Honduran Army’s 15th battalion. There the private militias receive training and support from U.S.-backed Honduran forces and reportedly wear police, military or security guard uniforms when carrying out assassinations, kidnappings and forced evictions.

Bird documented 21 killings in the Aguan in 2010, but says, “I’m sure that it’s much higher.” The victims are often outspoken community members defending their land rights and denouncing abuses by palm oil producers.

Campesinos are often gunned down while walking or riding a bicycle along a roadway, says Bird. They are shot at from “passing cars that belong to the palm oil planters and have palm oil security and sometimes police in them.” In other cases, individuals are snatched out of the community and tortured, their bodies eventually dumped elsewhere. Bird tells of one individual who escaped and accused palm oil guards, police and military officers of abducting and torturing him.

Reporters in Honduras are likewise in the crosshairs. The Committee to Protect Journalists has documented the killing of 12 media workers since March 2010. It issued a special report last year alleging a pattern of “botched and negligent investigative work into the killings.” In the latest incident, Nery Geremías Orellana, a correspondent with Radio Progresso and a resistance member, was shot in the head in July as he rode his motorcycle to work in the western state of Lempira. The International Federation of Journalists notes that last year over one third of all journalists killed in Latin America died in Honduras, making it one of the most dangerous places in the world to cover the news.

SPILLING SECRETS
Just weeks after the coup, the U.S. Embassy in Tegucigalpa sent a secret cable to Hillary Clinton on July 24, 2009. Published by Wikileaks, the cable declared that in the forced removal of Zelaya, “there is no doubt that the [Honduran] military, Supreme Court and National Congress conspired on June 28 in what constituted an illegal and unconstitutional coup against the Executive Branch.” Nonetheless, the Obama administration backed the coup leaders by leaving in place almost $200 million in aid programs (though it did suspend $16.5 million in military aid) and by claiming that State Department lawyers could not determine if the coup met legal requirements for U.S. action, despite the unambiguous embassy cable.

The U.S. government is also well aware of the links between Honduran security forces and politicians and drug and weapons trafficking. A 2008 cable released by Wikileaks noted that U.S. supplied arms, including anti-tank weapons, “lost” by the Honduran military were eventually recovered in Mexico City, Ciudad, Juarez, and Colombia. In April, McClatchy News cited a former member of the Honduras Council Against Drug Trafficking who estimated as much as 10 percent of the Honduran Congress is linked to drug traffickers. And in mid-July, the president of the Honduran Congress, Marvin Ponce, said Honduran police chiefs had confided that up to 40 percent of the nation’s police forces are involved in organized crime.

Annie Bird adds that in the case of Mexico, “a military, police response to the drug trafficking problem is not producing results and the only thing that it’s producing is massive killing … All it’s done has escalated violence and killed Mexicans, so that’s all that we can expect in Central America.”