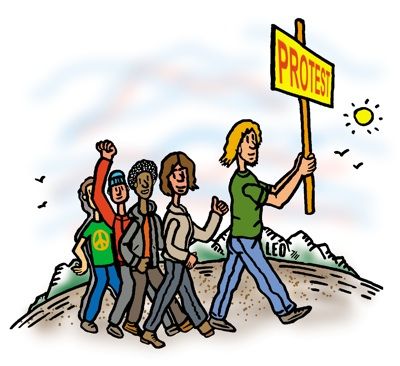 Oppose and Propose: Lessons from Movement for a New Society
By Andrew Cornell
AK Press, 2011

For those on the post-Seattle left, consensus decision-making, spokescouncils and direct action have become de rigueur. Under banners such as “we make the road by walking,” much of the U.S. left focuses at least as much on process as on changing the world. While this model of prefigurative politics hearkens back to the old slogan of “building the new world in the shell of the old,” its current organizational form would be unrecognizable to anarchists from a hundred years ago.

In Oppose and Propose, activist-academic Andrew Cornell traces the history of the contemporary (re-) adoption of prefigurative politics through a study of Movement for a New Society (MNS). A nationwide organization committed to the principles of nonviolence, MNS contributed to numerous social movements during the ’70s and ’80s (including efforts against the Vietnam War and the expansion of the nuclear industry), while also spending much of its energy building co-operative businesses, communal housing and other counter-institutions. Despite the tension between those focused on lifestyle politics and those inclined to storm the barricades, (some) members of MNS saw these institutions as not simply alternative models of living or working, but also as bases for further activity.

Although it never gained critical mass or managed to become a multi-racial organization, MNS left in its wake a slew of cooperative enterprises and communal houses in West Philadelphia, where the organization was based. However, its most notable legacy is probably the introduction of consensus, spokescouncils and other forms of anti-authoritarian organizing into the U.S. left.

Oppose and Propose starts with a brief history of MNS and proceeds to an extended discussion with organization veterans. Throughout, there is an emphasis on critically analyzing MNS’ legacy, as well as drawing lessons from this history for contemporary social movements. By historicizing particular models of decision-making and organizing, Cornell opens up space for discussion of their advantages and disadvantages. To take one example, while consensus is often fetishized as the most democratic way of decision-making, it can be anti-democratic and counterproductive when a single individual can block an organization from moving forward.

The text of Oppose and Propose itself embodies an alternative model of scholarship, or “militant co-research.” Not only is Oppose and Propose designed to be useful to social movements, it is also written in collaboration with former members of MNS rather than simply about them. In Cornell’s discussion with MNS members, they even respond to and critique the short history of the organization that forms the first part of the book.

The term praxis refers to an organic link between theory and practice, where theoretical reflection leads to action, which serves as fodder for further reflection, which then informs additional action, and so on. In Oppose and Propose, Cornell puts praxis into practice, offering insights of relevance to those interested in changing the world and not merely interpreting it. Pocket-sized and beautifully illustrated, Oppose and Propose is worthwhile reading for all those interested in organizing for a better world.