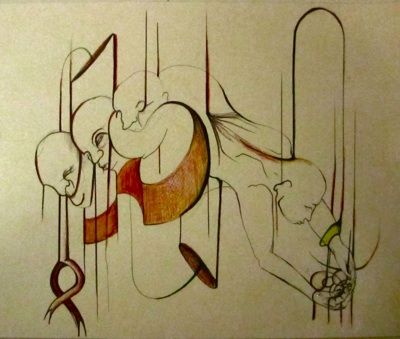 A collection of new laws in African countries has opened the door to imprisoning people with HIV who practice safe sex, mothers who transmit the virus to their children and even those who have HIV but are undiagnosed.

In recent years laws criminalizing HIV transmission and exposure have been enacted or are pending in regions all around the world. Supporters of these laws say they are designed to address concerns about the rapid spread of the virus. But organizations ranging from Human Rights Watch to the United Nations warn that criminalizing either transmission of or exposure to the virus undermines public health efforts and endangers the lives of already vulnerable individuals.

Many public health experts are critical of these laws. “Criminalizing is not prevention,” said Federica Stines, Africa program officer at the International Women’s Health Coalition, a U.S.-based nonprofit that works with women’s health groups in Africa, Asia and Latin America. Stines, who has spent more than a decade promoting sexual health rights in Africa, added, “Who wants to know their status if they could be arrested?”

A decade ago, not a single African country had a law that specifically criminalized HIV exposure or transmission. Now, at least 27 African nations have legislation that punishes it.

Funding for the development of these laws can be traced to the U.S. Agency for International Development. In 2003, USAID allocated $34.7 million to launch the Action for West Africa Region-HIV/AIDS (AWARE-HIV/AIDS), a five-year project aimed at “contributing to the control of the HIV epidemic in the West Africa region.”

USAID tasked AWARE-HIV/AIDS with reducing HIV infection and improving the health of Africans living with HIV. The program was managed, implemented and evaluated by the North Carolina-based FHI (formerly Family Health International). In 2004 FHI, whose work is heavily concentrated in West and Central Africa, convened a workshop in Chad’s capital of N’Djamena. The purpose was to adopt a legislative template that would protect Africans against HIV infection and encourage testing and education. Representatives from government AIDS bodies from 18 West African countries attended.

(According to Forbes Magazine, FHI is one of the 200 largest charities in the United States, with $369 million in revenue in 2008, more than 80 percent of which came from government support. According to its website and various reports, FHI is a 40-year-old organization currently active in 60 countries, almost all underdeveloped, and has expanded from its initial focus on public healthcare to include development, education, civil society and the environment. FHI also includes a for-profit subsidiary, Novella Clinical, a “Clinical research organization focused heavily on oncology and medical devices,” with projected revenues in 2010 of more than $100 million, according to the Triangle Business Journal.)

DEVIL IS IN THE DETAILS
In just three days, the Chad group convened by FHI produced a model law that African governments quickly adopted. Today, at least 14 African countries have laws based on the U.S.-funded template, according to Daniel Grace, a doctoral candidate at the University of Victoria, British Columbia who is writing his dissertation on the creation of the model law.

Grace criticized the speed with which the template was created and disseminated. “Processes of legislative consultation and the meaningful engagement with civil society and country stakeholders take time and institutional commitment,” he said. “[But] too often the important contributions of civil society, including publics infected and affected by HIV, are marginalized to tokenistic forms of participation.”

The template contains a number of questionable provisions.

First, it punishes the “willful transmission” of HIV through “any means.” This enables governments to incarcerate a person practicing safe sex, regardless of whether he or she informs a partner of his or her status. It also opens the possibility of punishing mothers who pass HIV to their children, regardless of precautions taken to stop transmission.

Second, the model law penalizes partners who do not disclose HIV status to a “spouse or regular sexual partner” within six weeks of diagnosis. In countries where HIV-positive status can subject a person to social isolation, exile, physical abuse or death, this provision has dangerous implications.

“These laws do nothing to protect human rights,” said René Bennett-Carlson, an attorney at the NYC-based Center for HIV Law and Policy. “They discourage HIV testing. They don’t discourage risk behaviors. They discriminate against HIV-positive persons. And they are rooted in fear.”
Many governments have adapted the model law to permit even broader abuses. Togo’s law makes any sex without a condom an illegal act, regardless of HIV status. Benin’s version makes it a crime for a person who knows he or she is infected to engage in “unprotected sexual relations” without disclosing his or her status—no actual transmission of HIV is required. Burundi’s version says that the government can try a “willful” transmitter for murder.

Robert Clay, director of USAID’s Office of HIV/AIDS, said his agency does not support the provisions included in the law. “Criminalization of HIV/AIDS is not supported by the U.S. government,” Clay told The Indypendent. “We know stigmatization, stigma and discrimination, are really a driver of this epidemic,” he said. “And we need to make sure that we don’t have those types of laws on the books.”

A spokeswoman at FHI, the health group that orchestrated the N’Djamena conference, said no one at her organization could speak on the record about the group’s involvement.

FOLLOW THE LEADER
U.S. state and federal governments have, in fact, acted as pioneers in creating laws that punish HIV exposure. By 1988, at least eight U.S. states had introduced laws that specifically punished exposure. Today, 36 U.S. states have laws that criminalize HIV exposure and failure to disclose HIV status, according to the Center for HIV Law and Policy. Punishment ranges from a fine of a few thousand dollars to imprisonment for as long as 40 years.

Since 1998, the U.N. AIDS and the Office of the U.N. High Commissioner for Human Rights have recommended that governments not criminalize HIV transmission or exposure because these statutes nearly always open the door for human rights abuses.

Despite this, it appears that a growing number of countries believe that HIV criminalization will help them fight their continued AIDS epidemics. In 2010, Ugandan parliamentarians introduced a bill that would penalize HIV transmission. Human Rights Watch denounced the HIV/AIDS Prevention and Control Act, saying it will discourage testing and encourage stigma. The bill expired when the Ugandan parliamentary session ended in May 2011, but its sponsors have pledged to bring it back.

“Laws do not just happen,” said Grace. “It is important to hold actors accountable and to make visible the processes by which dangerous provisions have been passed across the [African] region.”

Julie Turkewitz writes a blog about AIDS and social justice issues for the nonprofit Housing Works at www.julieturkewitz.com.