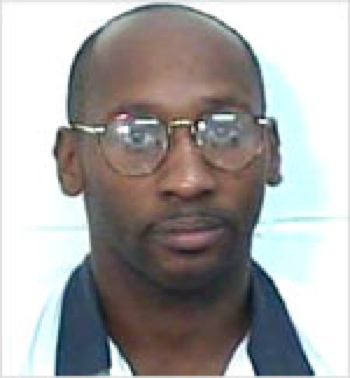 The order was signed on Sept. 6, at 3:53 p.m. “Within a time period commencing at noon on the 21st day of September … Troy Anthony Davis shall be executed by the Department of Corrections.”

The precise date and time of the execution was set shortly thereafter: Sept. 21, at 7 p.m.

The method will be lethal injection.

Troy Anthony Davis was convicted and sentenced to death in 1991 for the 1989 murder of off-duty Savannah police officer Mark Allen MacPhail. Davis’s conviction was based largely on eyewitness testimony and, in the intervening years, the case against him has completely fallen apart. Seven out of the nine eyewitnesses have either recanted or contradicted their trial testimony; the only physical evidence (ballistics testing) that the state brought against him was later discredited and withdrawn; and new witnesses have come forward identifying the shooter as Sylvester “Redd” Coles—the very man who first implicated Davis.

Throughout all of this, Troy Davis’s case has undergone a remarkable number of twists and turns, even for a capital case. And in spite of each new revelation, Davis has been turned down time after time, often in closely divided rulings.

Why Is Davis Facing Death?

Given that the evidence used to convict Davis has so fully unraveled, how is it possible that he has been unable to find relief in the court system? The answer is simple: The U.S. legal system is woefully inadequate in its ability to deal with post-conviction claims of actual innocence. Once a defendant is convicted of a crime, the presumption of “innocent until proven guilty beyond a reasonable doubt” evaporates. The burden of proof shifts to the convicted defendant.

In addition, the appellate courts are hindered by a very narrow focus on procedure and technicalities. The process is designed, largely, to protect a jury’s decision. Appeals are intended to challenge specific procedural errors that may have occurred during trial, but not to challenge a conviction based on a claim of actual innocence. The limited focus of the system prevents courts from asking the most critical question: Is the conviction that was obtained at trial still reliable today?

As such, a case such as Troy Davis’s can go through the system over and over without being granted relief, despite substantial doubts about the accuracy of the conviction itself.

In a highly unusual move, in August 2009 the U.S. Supreme Court ordered an evidentiary hearing for Davis, granting him the opportunity to prove innocence. It was the first time in nearly fifty years that the Supreme Court granted an original (direct) habeas petition, rather than as an appeal through lower courts. The hearing was held before U.S. District Court Judge William Moore in June 2010.

Four witnesses from the 1991 trial took the stand and recanted their original testimony, testifying that their initial statements against Davis were procured from the police by coercion and intimidation.

Jeffrey Sapp, for instance, signed a police statement declaring that Davis had told him that he had shot MacPhail. Now, at the evidentiary hearing, he said he’d done so under duress. “There were police in front of me, behind me,” Sapp testified. “I was so scared, I would say anything they wanted. ‘Just say Troy told you! Just say Troy told you!’ ”

Darell “D.D.” Collins was 16 years old the night of the murder. He testified at the 2010 hearing that the police threatened to charge him as an accessory to murder if he did not cooperate and sign a statement implicating Davis.

Antoine Williams, for his part, testified that he didn’t read the statement the police had him sign that night. Why? “I cannot read or spell,” he explained.

The evidentiary hearing was the first time that all of this new evidence was considered in a court of law—but it was not a re-trial. In a re-trial, the prosecution would have the burden of proving beyond a reasonable doubt that Davis was guilty; in the evidentiary hearing, the burden was on Davis to clearly establish his innocence. This was an extraordinarily high standard to meet, especially (and paradoxically) given that there is no physical evidence linking Davis to the murder—and therefore nothing for DNA testing to scientifically and conclusively overturn.

Judge Moore rendered his decision in early September 2010. Though he admitted in his 174-page order that the case against Davis “may not be ironclad,” and that the hearing did cast some “additional, minimal doubt,” Judge Moore ruled that Davis had not established innocence.

Davis’s attorneys tried to appeal Moore’s decision, but no court was willing to review it. The 11th Circuit Court ruled that it lacked jurisdiction and, on March 28, 2011, the U.S. Supreme Court declined to consider the final appeal, clearing the way for last week’s order of execution. This is Davis’s fourth execution date in as many years—but this time, the legal process has been exhausted.

Ironically, Davis’s death warrant brings some hope to those working to prevent the execution. His best, last hope is clemency (which means “mercy”), a process that could only be set into motion once the execution date was set. On Monday, Sept. 19, two days before the scheduled execution, Davis will have a clemency hearing in front of the five-member Georgia State Board of Pardons and Parole. At the end of the hearing, the Board will decide, via majority vote, whether to grant Troy Davis clemency.

Though he was denied clemency in the past, the Board’s membership has changed since Davis’ last hearing and, in the interim, new witnesses have come forward.

Moreover, a clemency hearing functions differently than processes within the court system. The Board of Pardons and Parole has far more discretion in its decision-making than a court has and is not bound by the same narrow focus on procedure.

Davis supporters are calling on the Georgia State Board of Pardons and Parole to adhere to a statement it made in 2007, stating that it “will not allow an execution to proceed in this State unless and until its members are convinced that there is no doubt as to the guilt of the accused.”

If clemency is granted, it will most likely be in the form of permanently taking Davis off death row and commuting his sentence to life.

Davis, of course, does not relish the idea of life in prison for a crime he maintains he did not commit. But as Freddie Lee Pitts, who was exonerated from Florida’s death row, once said, “You can release an innocent man from prison, but you can’t release him from the grave.”

A coalition of organizations—including Amnesty International, the NAACP, National Action Network, Color of Change, People of Faith Against the Death Penalty, Georgians for Alternatives to the Death Penalty, the ACLU and others— sprang into action last week, organizing marches and vigils and circulating petitions in support of Davis’ clemency bid.

Within three days of the announcement of the execution date, Amnesty International garnered 90,000 new signatures on its petition calling for clemency. Change.org put out an action alert to a similar petition launched by Davis’s younger sister, amassing another 100,000 signatures in 24 hours. Thousands of clergy members and attorneys have endorsed sign-on letters to the Board, and over 50 congressional representatives have called for clemency. Former Deputy U.S. Attorney General Larry Thompson (also a former U.S. attorney in Georgia) wrote a letter to the Board on Sept. 8, stating: “I do not know if Troy Davis is innocent, but it is clear now that the doubts plaguing his case can never be adequately addressed. On this basis, I urge you to … grant clemency.” Twenty-six former death row inmates echoed Thompson’s sentiment, writing to the Board: “We don’t know if Troy Davis is innocent, but, as people who were wrongfully sentenced to death (and in some cases scheduled for execution), we believe it is vitally important that no execution go forward when there are doubts about guilt.”

Davis supporters are planning a day of global solidarity with him on Friday, Sept. 16, just three days ahead of the Board hearing. The main event will be in Atlanta, where over 1,000 people, including at least six death row exonorees, are expected to march from Woodruff Park to Ebenezer Baptist Church (where Martin Luther King, Jr. once preached) for an evening of prayer reflection, music and witness.

And then it will all come down to the hearing. Either the Board will commute Davis’ sentence and his execution will be permanently prevented, or they will not. In either scenario, the 20-plus-year state of limbo in which Davis and his family have lived, not to mention the family of slain police officer Mark MacPhail, will come to an end.

This article was originally published on Colorlines.com