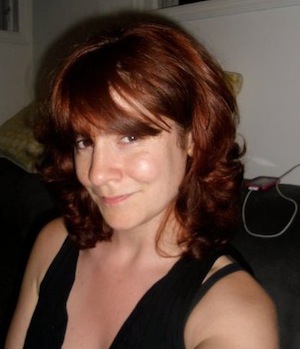 Among the sleeping bags, laptops and tarps of the Wall Street Occupation in the heart of New York City’s financial district, the occupiers — who have staged their protest-city against the corporate influence maligning the American political system — also complain of a corporate media that degrades the human experience to consumerism while ignoring news that is relevant to a thriving democracy.

Lost in the conveniently trite and distant main stream coverage of #OccupyWallStreet are the hundreds of unique stories that have come together to develop this increasingly complex anti-corporatist movement.

In an effort to show the diversity of people involved in the occupation, we will be running a series of interviews highlighting some their stories. For our first installment, The Indypendent spoke with Melissa Kleckner, 31, who lives in Hoboken, New Jersey and is studying social work at Hunter College-CUNY.

Nikki Saint Bautista: Why are you participating?
Melissa Kleckner: I’m a sucker for a good revolution! Honestly, I completely understand and empathize with the growing frustrations across this country. Wealth disparity, unemployment, lack of healthcare, skyrocketing education costs, a bought and paid for government that is anything but “by the people and for the people,” and on and on. There is a lot to be angry about. I just wish more people would wake up to this reality. So I’ve been coming down to the park whenever I can to see how the movement is taking shape. This has the potential to really turn things around, but it also has the potential to completely crash and burn. Regardless, it’s about time.

NSB:  How many days have you come down to the financial district?
MK: I’ve been here 5 days, sometimes multiple times a day

NSB: What would you want to see come out of the Wall Street Occupation in the big picture scale?
MK: I’m going to tamper my idealism and say that I just hope this event serves as a raising of consciousness for the whole of the 99 percent — to not only wake up to the ills of this country, but to get angry and get active. 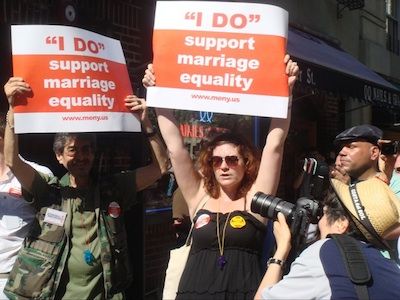 NSB: What would you want to see happen in the smaller picture, specifically in Liberty Plaza?
MK: Greater organization and goal cohesion. Right now the little bit of media they are getting are painting them as disorganized and without a clear mission/goals. Above all, I would like to see more organization and training in the tactics of nonviolent civil disobedience. While I in no way condone the abuse the police imparted on the crowd Saturday, a lot of the chaos came from the fact that many of those protesters were unfamiliar with nonviolent civil disobedience.

If the organizers of Occupy Wall St. are looking for the people to take part in actions where there is even the slightest threat of arrest, than they need to not only make sure those people are fully educated as well as mentally and physically prepared for that to happen, they need to have an active support system in place. Without that, people get hurt.

NSB: I found a few social workers marching today and was curious what kind of social work you are interested in?
MK: I am currently studying at Hunter for my MSW with a concentration in Community Organizing. Ultimately I would like to work as an advocate for LGBTQ youth, but I find as I am going through my education and field training that a lot of my organizing philosophies are far too radical to work in the mainstream nonprofit industrial complex.

NSB: We talked about having such grim prospects for our future. You mentioned something along the lines of, “it’s going to be worse for us than it was for our parents. Save your pennies mom because I’m screwed.” What did you mean by that?
MK: Part of the notion of the “American Dream” is that every generation should have a better quality of life than their parents. Unfortunately, between a skyrocketing unemployment rate and unforgiving student loan debt, our generation can actually expect downward mobility compared to our parents.