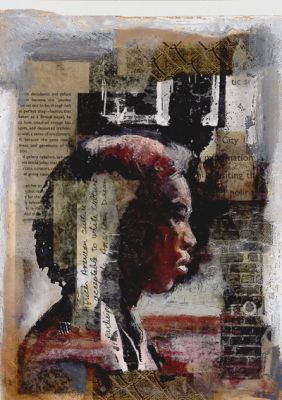 Best of Times, Worst of Times grapples with the political, economic and social forces that shape our lives in the waning era of U.S. empire.

The stories vary widely in narrative form and perspective, but together they evoke a sense of what living through the last few decades in the United States was like for many. And although the world they portray is bleak, these stories are useful in a political sense for exploring the tension between individual human experience and broader structural forces working to shape who we are and how we understand the world.

Charles Bukowski’s “A Day” and Miranda July’s “Something That Needs Nothing” take us to the point of production itself, examining the traditional proletarian space of the factory and the traditionally overlooked economy of sex work.

These are nuanced stories, and they do a fine job of addressing the question of labor as one bound up in all the complexities of human relationships under strain, refracting the basic issues of power (and property) through the experiences of characters occupying specific social positions. For instance, Susan Straight’s “Mines” is the narrative of a Black woman who is a prison guard and single mother. The story examines how she moves between the worlds of domestic and waged work, obligated to watch over family in both places and navigating the hyper-masculine world of the prison while becoming conscious of its many injustices.

Any collection trying to capture a view of life in the late-20th and early 21st century United States must necessarily do so in a global context, and here Best of Times, Worst of Times succeeds. Stories like Ben Fountain’s “Near-Extinct Birds of the Central Cordillera” follow Americans to other nations where they find that the influence of empire has preceded them, and Jhumpa Lahiri and Gish Jen sketch the lives of immigrant families struggling to adapt while holding on to their identities. These stories remind us that the United States is not only being integrated into a global market but that it actively, and sometimes forcefully, exercises power and control at a global level.

In their title and introduction the editors suggest that we are living through a second Gilded Age, but I’m not sure that this is a useful comparison to make. While the Gilded Age evokes all the inequality, gross opulence and technological change of our era, it’s more important to think about the current historical moment as the culmination of processes that began in the Gilded Age and are now taking on new forms. The authors in this collection share a disbelief in the “gilded” veneer — leaving the reader with an uneasy sense of decline and a lingering kind of dissatisfaction that seems to have no remedy.