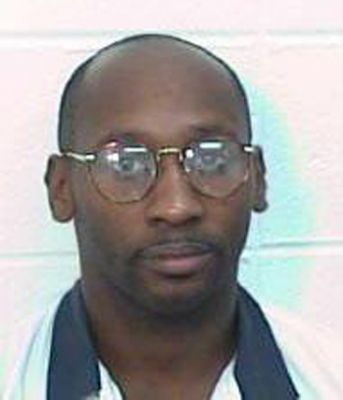 The State of Georgia plans to execute Troy Davis at 7 p.m. this evening by lethal injection for a 1991 murder that his supporters say he did not commit. Davis was convicted of the 1989 murder of officer Mark MacPhail on the testimony of nine people, seven of whom would eventually recant. As his execution draws imminent, his family and supporters hope that a crest of popular support — and the overwhelming amount of reasonable doubt that now exists around the case — will find a way to generate a last minute reprieve.

This is the fourth time in four years that Troy Davis has faced execution. In 2007 the state parole board granted him a stay with only hours before the execution. In 2008 the Supreme Court stepped with just 90 minutes left. In 2010 Davis once more won a temporary stay of execution from the United States Court of Appeals for the 11th Circuit, this time a week before he was slated to be executed.Late Tuesday evening Davis’ attorney Stephen Marsh asked the pardons board to administer a polygraph lie detector test, hoping to illustrate an overwhelming amount of reasonable doubt. Wednesday morning, Brian Kammer, another attorney for the Davis family, announced he would be filing one more appeal at Butts County Superior Court to stay the execution.

The effort comes as wide-scale support for Davis has brought calls for a stay of execution from voices as varied as former president Jimmy Carter, Pope Benedict XVI and hip-hop magnate Russell Simmons. Their support comes on top of nearly one million signatures on a petition organized by Amnesty International. Today they are encouraging supporters to call the Savannah District Attorney’s office, 912-652-7308, asking them to rescind the death warrant. Tuesday evening, Georgia-based Savannah for Clemency for Troy Davis announced it would be delivering a petition with another 240,000 signatures to Savannah District Attorney Larry Chisolm at 9 a.m. this morning.

Supporters have also planned a series of vigils and rallies throughout the day, including a rally beginning at 4 p.m. outside the prison in Jackson, Georgia where Davis will be executed.Despite the wide public support Davis has attracted, the chances of a last-minute reprieve are increasingly slim.