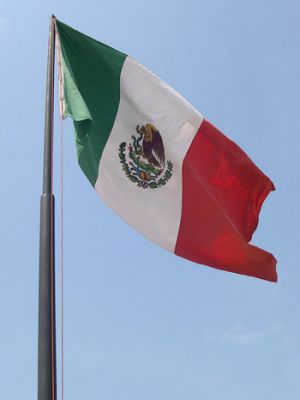 While the Mexican state of Guerrero is plagued by both drug war violence and police corruption, it is also home to one of the most innovative criminal justice projects in the country: the community police. In 1995, when indigenous residents of Guerrero’s Sierra Costa region could no longer tolerate the general state of lawlessness in their communities, they turned to traditional indigenous policing methods. Seventy-eight towns replaced government police with unpaid, elected community police and prison terms with community service.

While the community police have been unable to keep cartels from trafficking drugs through their territory, they have been able to minimize the violent crime that is often associated with the industry. The community police claim that over the past 16 years they have reduced crime in their region by 98 percent.

“There’s hardly any robbery, rape, or violence. The criminals fled the area, because they know that the community will sentence them to five, seven, eleven years of community service,” explains Emilio, a community police officer. “With the government, if they arrest you, they’ll let you go the next day if you pay them. We don’t accept bribes. Here, you work hard every day, and every night you return to jail. And you always serve out your sentence. You think [criminals] want to wind up like that? No.”

The community police sent a commission to Acapulco with a message to the Movement for Peace with Justice and Dignity: “We hope that our experience … will be part of your struggle. There is no other way to confront violence than with collective organization.”