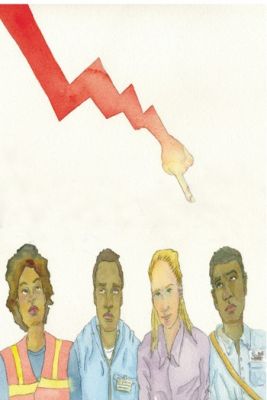 Their victory was a landmark in the struggle of Blacks to reap the economic benefits of the civil rights movement. However, the modest gains that followed in the ensuing decades for some middle and working-class Blacks have been dramatically eroded in the past decade by a wave of home foreclosures and an official unemployment rate of 16.7 percent — a trend made worse by recent attacks on public sector workers and the services they provide.

Such is the case in New York, where Mayor Michael Bloomberg and the City Council reached a budget deal in June that included layoffs of a thousand city workers. Most belong to District Council 37 whose membership is majority Black and Latino. The layoffs of school aides, parent coordinators and other non-teaching personnel, some of whom earn as little as $11,000 a year, are slated to begin Oct. 7.

The hardest-hit schools will be in poor, predominantly people-of-color neighborhoods like Washington Heights, Harlem, East New York and East Flatbush while middle class neighborhoods in South Brooklyn and Staten Island will be barely affected, according to a report by Juan Gonzalez of the New York Daily News.

Similar developments have unfolded across the country as politicians and the media blame teachers, nurses, bus drivers, letter carriers, social workers and other public servants earning living wages and pensions for budget shortfalls.

The undertone of this slash-and-burn approach is racialized. As my colleague at Colorlines.com, Kai Wright, wrote earlier this year, the widespread images of public employees as lazy and overpaid have “the faint outline of familiar caricatures — welfare queens, Cadillacs in the projects, Mexican freeloaders.”

Of course, not all 21 million public employees are equal. The United States has a vast repressive apparatus composed of hundreds of thousands of federal, state, county and local police and prison guards, most of whom are white and male. They have endured far fewer layoffs and have not been vilified like public workers who provide social services. This is because the right opposes downward redistribution of wealth and power but sees the repressive work of the police as a vital legitimate public function.

The public sector has historically bolstered families of color, in particular Black workers, both through social services and as a source of employment. UC Berkeley labor policy analyst Steven Pitts found in a recent study that the public sector was “the single most important source of employment” for Blacks, who were 30 percent more likely to be employed as a government worker than any other race. Black workers in the public sector also earn wages comparable to what white workers earn, reducing the racial wage gap that plagues most occupations.

Equal employment opportunity guidelines and affirmative action mandates ensure that government employers seek out qualified people of color for the public sector. This offers a level of accountability not possible in the private sector. When the public sector swelled under programs created during the New Deal and the Great Society, so did employment of workers of color. By the 1960s unions recognized the demographic change in the public sector and embraced Blacks as members, ensuring that they earned living wages and supporting benefits.

With an unionization rate that hovered just above 35 percent, the public sector continued to be a source of good, union jobs in the last few decades even as manufacturing jobs moved abroad and union density in the private sector fell below 10 percent by 1997. Now, that is changing. In 2010, state and local governments slashed over 230,000 jobs. Expect more in 2011 and 2012.

War on the Poor

This is a far cry from Dr. King’s vision of bringing “colored peoples of the world out of their long years of poverty, their long years of hurt and neglect.” In fact, negotiations over the next decade of budgeting amount to a war on people of color. The congressional debt ceiling “crisis” that was resolved in August was a manufactured affair that allowed both parties to justify almost $1 trillion in spending cuts in the next 10 years. This will devastate millions dependent on a tattered social safety net. The budget deal also created a bipartisan super committee tasked with reaching a so-called “grand bargain” that could exact trillions more dollars in cuts to social spending during the next decade.

The often mystifying numbers tossed around in the deficit reduction debate become clearer when translated in terms of the people who will be impacted. This year, the Coalition on Human Needs estimated the cuts would result in:

Census data shows that the past 10 years have been a “lost decade” in terms of livelihood and gains for working families. More than 46 million families live in poverty in this country now, a disproportionate number of them Black. Black families in poverty increased to almost 30 percent and over one-third of Black and Latino children are impoverished. We are further than ever from the “promised land” King spoke of on the last night of his life. But, we have the means to do something about it.

The percentage of taxes paid by corporations and the super-rich are at their lowest in decades while income inequality has soared to levels not seen since the 1920s. That hoarded wealth should be taxed in order to rebuild the public sector and create a 21st century equivalent of FDR’s Civilian Conservation Corps to give work to millions who need it. Even the International Monetary Fund now acknowledges that austerity measures exacerbate the recession while government spending provides stimulus.
Redistribution of wealth is the starting point for any real solution to the recession and for bridging the racial economic divide that grows more extreme each day.

Yvonne Yen Liu is a senior research associate at the Applied Research Center and a contributing writer at Colorlines.com.