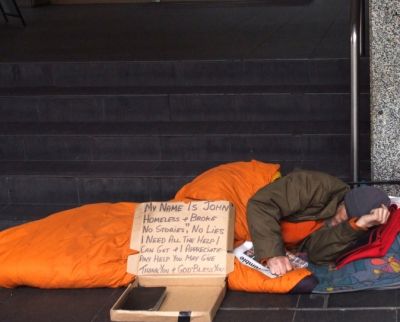 Economic status, education, access to clean water and sanitation, nutrition and the environment determine the level of health of persons, communities or countries, and so does the extent to which rights are enjoyed or denied.

The World Conference on Social Determinants of Health, held Oct. 19-21 in Brazil, defined 15 commitments that should be undertaken by governments, international organisations, the private sector and civil society.

The final document, the Rio Political Declaration on Social Determinants of Health (Rio Declaration), calls for better governance for health and development, with transparent decision-making and social participation. Governments are urged to develop policies and measure progress towards defined goals.

Close to 30 percent of the world population lacks access to medicines, and illness and death could be prevented in some 30 million people a year, four million of whom live in Africa.

The goal is to reduce inequalities, taking on board challenges like climate change, food security, the health of women and children, non-communicable diseases, HIV/AIDS and other serious ailments.

But the declaration is not binding. “A great platform of dialogue and successful practices is being created. The conference is a continuation of what began in 2005 and is still ongoing,” Paulo Buss, the coordinator of the international relations centre of the Oswaldo Cruz Foundation (FIOCRUZ) and one of the organisers of the World Health Organisation (WHO) conference, told IPS.

The idea is to carry out another evaluation of actions taken, and the extent to which countries have fulfilled their national plans, by 2015.

In 2005, the WHO established the Commission on Social Determinants of Health which produced a key report in 2008

The document recommended improving daily living conditions; tackling the inequitable distribution of power, money and resources; and measuring and understanding the problem and assessing the impact of action.

The Rio Declaration incorporates elements of a political nature which governments should adopt as their own, by establishing integrated action plans in the state sector, said Buss, a paediatrician who specialises in public health.

More than 50 health ministers, researchers, scientists and representatives of social organisations from 120 countries met at the conference in Rio de Janeiro this week to share their experiences of best practices and to set a global agenda.

It was said to be the largest conference organised by the WHO outside of Geneva. What did it achieve?

One of the main outcomes is a recommendation that the next session of the United Nations General Assembly convene a high-level meeting to adopt a common platform.

“It’s an interesting proposal, and so is the idea of an international treaty on social determinants of health, like the one on tobacco,” former Brazilian health minister José Gomes Temporão, the head of the South American Institute of Government in Health (ISAGS) of the Union of South American Nations (UNASUR), told IPS.

The WHO Framework Convention on Tobacco Control requires countries to take specific steps on tobacco advertising and taxes, as well as education and restrictions on smoking to reduce tobacco use.

At a meeting of UNASUR countries, ministers suggested including a specific point about the global financial crisis in the Rio Declaration.

“In order to prevent this crisis from threatening social protection and health promotion systems, we raised the issue of universal healthcare systems, which were not included in the original document, as well as the question of strengthening democracy and freedom of expression,” said Temporão.

While South Africa is trying to adopt universal health insurance, similar to several schemes in use in South America, the economic crisis is pushing rich countries to dismantle such systems, such as the U.K. government’s much-resisted reform of the National Health Service, or Spain’s drastic cuts in health spending.

ISAGS, based in Rio de Janeiro, was created in 2010 with the aim of helping countries structure their health services, and providing an interactive forum for the 12 South American member countries.

The South American ministers are also discussing a proposal to restructure the WHO, in order to create a world forum where non-governmental organisations can also take part.

We need “more transparency and greater participation, so that the WHO can respond more quickly and flexibly to the needs and demands of member countries,” Temporão concluded.

Brazilian Foreign Minister Antonio Patriota said at the closing ceremony that “equity in health is our common responsibility. Health care is not a superfluous benefit, but an essential foundation for sustainable development.”

The conference “is also a step on the way towards Rio+20,” the United Nations Conference on Sustainable Development, to be held in June 2012 in Rio de Janeiro, he said.

Jurema Werneck, the coordinator of Criola, a Brazilian NGO, and a representative of civil society at the conference, said she hopes governments will recognise the need to overcome inequality and injustice.

“The solution for overcoming the social determinants that produce inequity, injustice and lack of access must come through the participation of the different social actors. A consensus is necessary, but it is not simple to achieve,” said Werneck.

Criola is a black women’s organisation that has worked with 5,000 women a year since 1992, providing them with training and education and helping them to exert influence on the formulation of public policies.

In Werneck’s view, the Rio Declaration is a step in the right direction, but it is not enough. “We wanted binding targets, but now we are struggling for a commitment to be established, at least,” she said.

This article was originally published by IPSnews.net