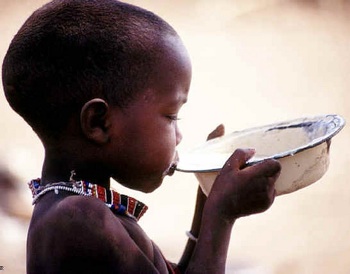 The threat of a new food crisis is already a reality. The price of food began to rise to record levels again, according to the FAO Food Price Index of February, 2011, which does a monthly analysis of global prices of a basic food basket made up of grains, seed oils, dairy products, meat and sugar. The Index came to a new historic maximum, the highest since the FAO began to study food prices in 1990. In the past months, prices have levelled off but analysts predict more hikes in the coming months.

This increase in the cost of food, especially basic grains, has serious consequences for southern countries with low incomes and dependency on food imports, and for the millions of families in these countries that devote between 50 and 60 percent of their income to food—a figure that rises to 80 percent in the poorest countries. In these countries, the rise in the price of food products makes them inaccessible.

We are approaching a billion people—one out of every six on the planet—that today do not have access to adequate food. World Bank president, Robert Zoellick, affirmed that the current food crisis has increased the number of persons who suffer chronic hunger by 44 million. In 2009, this number was surpassed, reaching 1.023 billion people undernourished on the planet, a figure that went down slightly in 2010, but without returning to the levels before the food and economic crisis of 2008 and 2009.

The present crisis takes place in the context of an abundance of food. Food production has multiplied over the three decades since the sixties, while the world population has merely doubled since then. There’s plenty of food. Contrary to what international institutions like the FAO, World Bank and World Trade Organization say, it’s not a problem of production, but rather a problem of access to food. These organizations urge an increase in production through a new Green Revolution, which would only make the food, social and ecological crises worse.

The popular rebellions in northern Africa and the Middle East had among the many catalysts the rise in food prices. In December of 2010, in Tunisia, the poorest of the population occupied the frontline of the conflict, demanding, among other things, access to food.

In January of 2011, youth demonstrated in Algeria blocking highways, burning stores and attacking police stations to protest for the rise of prices in basic foods. Similar cases were seen in Jordan, Sudan and Yemen. Egypt is the largest importer of wheat in the world, and depends on food imports.

Evidently other factors came into play in the uprisings: high unemployment, lack of democratic freedoms, corruption, lack of housing and basic services, etc. In any case, the rise in food prices was one of the initial catalysts.

What are the causes of the new spike in the cost of our meals? Although international institutions and experts have pointed to several elements such as meteorological phenomena that affect harvests in produce countries, the increase in the demand in emerging countries, financial speculation, the growing production of agrofuels, among others—various indices point to speculation with raw food materials as one of the main reasons for food price increases.

In 2007-2008 the world experienced a profound food crisis. Basic foods prices such as wheat, soy and rice rose by 130%, 87% and 74% respectively. Then, as now, several causes converged, but the most important were production of agrofuels and the growing speculative investment in the food futures markets. But this increase in the price of food levelled off in 2009, in part probably due to the economic crisis and a reduction in financial speculation.

By mid 2010, with international financial markets calmed down and huge sums of public money injected into the private banks, food speculating struck again and the price of foods began to rise. To “save the banks”, after the financial crisis of 2008-2009, it is estimated that the governments of rich countries gave a total of $20 trillion dollars to stabilize the banking system and lower interest rates.

With the influx of money, speculators saw incentives to acquire new loans and buy merchandise that predictably would rise rapidly in value. The same banks, high-risk funds, etc. that caused the subprime mortgage crisis are currently responsible for speculation in raw materials and the rise in the price of food, taking advantage of unregulated global commodity markets.

The food crisis is intimately linked to the economic crisis and the logic of a system that promotes, for example, plans to bail out Greece and Ireland while sacrificing their sovereignty to international institutions, just as it sacrifices food sovereignty of the peoples to the interests of the market.

A Grower’s Guarantee or a Speculator’s Bonanza?

There has always been some speculation in the price of foods and this is the logic behind futures markets. In their current form, futures markets date back to the mid-1900s when they began in the United States. These are legal standardized agreements to buy and sell physical merchandise in a previously established time period in the future and have been a mechanism to guarantee a minimum price to the producer faced with the oscillations of the market.

It works like this: Farmers sell their production to traders before harvest to protect themselves from uncertainties in the weather, for example, and to guarantee a future price. The trader also benefits. When the harvest is bad, the farmer still gets a good income and when the harvest is optimal, the trader benefits even more.

This same mechanism is used by speculators to make money off the deregulation of the raw materials markets that was spurred in the mid-nineties in the United States and Great Britain by banks, free-market politicians and high-risk funds in the context of the process of deregulation of the world economy. The contracts to buy and sell food became “derivatives” that could be traded independently of the real agricultural transactions. A new business was born—food speculation.

Speculators today have more weight in the futures markets, even though these transactions have nothing to do with real supply and demand. Mike Masters, manager of Masters Capital Management, points out that in 1998 speculative financial investment in the agricultural sectors was around 25% and today it is close to 75%. These transactions are carried out in the markets, the most important of which on the world level is the commodities market in Chicago, while in Europe food and raw materials are traded in the futures markets of London, Paris, Amsterdam and Frankfurt.

In 2006/2007, following the fall in the high-risk mortgage loan market in the United States, institutional investors like banks, insurance companies and investment funds sought safer and higher yield places to invest their money. Food and raw materials became a popular alternative. As the price of food soared, investments in the food futures markets rose, pushing the price of grains up and worsening inflation in food prices.

In Germany, the Deutsche Bank announced easy earnings if invested in rising agricultural products. And similar business deals were promoted by the major European bank BNP Paribas. Catalunya Caixa urged its clients in January 2011 to invest in raw materials under the slogan a “100% natural deposit”.

What did they offer? A guarantee of 100% of capital with the possibility of obtaining profits of up to 7% annually. How? According to the ads, based on “the evolution of yields in three food products: sugar, coffee and corn”. To assure such high yields, the ads pointed out that prices of these three products had increased at 61%, 34% and 38% respectively over the past months due to “growing demand that is increasing above the rate of production”, because of the increase in world population, and agrofuels production.

Catalunya Caixa left out important information, however: food speculation that provided such handsome profits increases the price of food, makes it inaccessible to large parts of the population in the global South and condemns thousands of people to hunger, poverty and death in these countries.

Food and agriculture have become heavily dependent on oil. Following the Second World War and with the Green Revolution in the sixties and seventies, and with the supposed increase in production, an intensive and industrial model of agriculture was adopted. In the current system, our food travels thousands of kilometers before it arrives on our tables; production requires the intensive use of farm machinery, chemicals pesticides, herbicides and fertilizers. This model could not exist without oil.

The rise in the price of oil and the strategy of governments to combat climate change has led to a growing investment in the production of alternative fuels, agrofuels, such as biodiesel and bioethanol, made from sugar, corn and other crops. But this production has entered into direct competition with food production for consumption and is now another cause of the rise in food prices.

Since 2004, two-thirds of the rise in world production of corn was destined to satisfy the North American demand for agrofuels. In 2010, 35% of the corn harvest in the United States, which is 14% of world production, was used to produce ethanol. And the tendency is on the rise.

But beyond the causes such as food speculation and the rise in oil prices that has an impact on the growing investment in agrofuels, leading to competition among grain production for consumption and for transportation, the food and agriculture system is profoundly vulnerable and in the hands of the market. The growing liberalization of the sector in the last decades, the privatization of natural resources (water, land, seed), the imposition of an international model of trade at the service of private interests, etc., has led to the current crisis.

As long as agriculture and food continue to be considered merchandise in the hands of the highest bidder, and business interests prevail over food needs and the limits of the planet, our food security and the welfare of the earth are far from assured.

Esther Vivas is a member of the Center for the Study of Social movements (Centro de Estudios sobre Movimientos Sociales) in the Universidad Pompeu Fabra (Barcelona). She is the author of “En pie contra la deuda externa” (El Viejo Topo, 2008) among other publictions, and a contributor to the CIP Americas Program.

This article was originally published by Zcommunications.