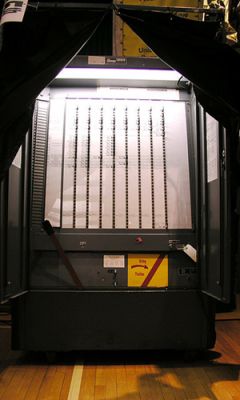 The voter ID laws that are sweeping the country could possibly keep five million people away from the polls in next year’s election. And voting rights advocates in South Carolina think the situation in that state could be especially dire.

The state just passed a new measure that requires voters to show a government-issued photo ID at the polls. Advocates say the requirement will be a big burden for some, especially the elderly and the poor, who may not have transportation, money, or the required paperwork to obtain the IDs.

NPR recently ran a story about 61-tear-old Willie Blair, a black man from Sumter, S.C.,  to illustrate what’s at stake:

Take the case of sharecropper Willie Blair of Sumter, S.C. Blair, 61, has used that name all his life — it was given to him by his stepfather. It’s also the name he had on his Social Security card.

But it turns out that his birth certificate says his real name is Willie Lee McCoy.

This was never a problem, until he recently tried to get a photo ID so he could receive Social Security benefits and vote if the new law goes into effect.

…Blair never went to school and is illiterate. So Evans has been helping him through a bureaucratic maze that would challenge even the most highly educated.

Blair’s first hurdle was finding out that he needed a photo ID to get a copy of the birth certificate that he needed in order to get a photo ID. Instead, he had to track down copies of his children’s birth certificates and numerous other documents to prove his identity. He also had to get the Social Security Administration to change the name it had for him in its files.

The measure still needs approval from the U.S. Justice Department to ensure that it doesn’t discriminate against certain voters. South Carolina officials, like many conservatives across the country, cite fraud as the reason they’re rolling out the new voter ID laws but when NPR asked about instances of voter fraud, officials couldn’t cite any.

“We have no record of or any confirmed case of that in South Carolina in recent history,” Chris Whitmire, a spokesman for the South Carolina State Election Commission told NPR.

Across the nation, 19 new voter ID laws have been introduced and 42 bills are pending.

The states that have already cut back on voting rights will provide 171 electoral votes in 2012 That’s 63 percent of the 270 needed to win the presidency.

This article was originally published by ColorLines.com.