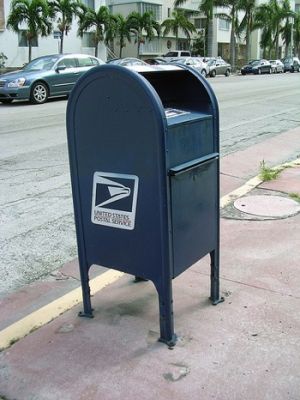 One way to prevent the bankruptcy of the U.S. Postal Service would be to restore the postal savings system that was established in 1910 as a means for small depositors to have safe, no-cost access to savings accounts until it was abolished in 1966. Postal savings systems are common in Europe, Canada and South Africa. Until they were privatized in a recent wave of free market fundamentalism, England and Japan had the most successful systems, with Japan Post holding about one-third of all personal savings in the county, amounting to $2.9 trillion in 25,000 branches. Japan used those governmental deposits to support its transport projects, social programs and military.

In the United States, demand for a postal savings system was a central request of the 1892 Populist Party during the era of Williams Jennings Bryan and the agrarian movement, whose organizations demanded land, credit and transportation reform to protect farmers from being gouged by the owners of banks, railroads and grain elevators. However, it took 80 attempts to get legislation through Congress and the Panics of 1893 and 1907 before the Democrats and Republicans finally climbed on the bandwagon.

A 1910 Act of Congress established the postal savings system as a self-sustaining entity, paying depositors 2 percent interest and re-depositing the funds in banks at 2.5 percent interest to pay for the cost of operating 8,141 post office branches, all of which accepted deposits. The Act also required the U.S. Postal Service to keep a 5 percent reserve in the U.S. Treasury and to invest the money in local banks in order to maintain access to capital in rural areas.

Customers who were traditionally barred from banking — including children as young as ten years old and married women — could establish their own savings accounts with a minimum deposit of $1 and accrue a maximum balance of $500 (later raised to $2,500 in 1918.) To save up the initial $1, customers were given cards on which they could affix 10 cent postage stamps. Without ever advertising its services, the postal savings system nonetheless peaked in 1947 with almost $3.4 billion in deposits. However, by 1964 Postal Service savings had declined to $416 million due, in part, to commercial banks offering customers higher interest rates. The program was officially terminated by Congress in 1966. Lawmakers claimed that the availability of FDIC insurance and “the proven reform of the banking system” rendered Postal Service savings accounts unnecessary.

But since the 2008 financial meltdown, groups from all sides of the political spectrum — from National Review and the Minnesota Grad School of Business Administration professors to the New American Foundation — have advocated to bring back the postal savings system. New American Foundation’s Michael Lind views it as a curative against the consolidation of the banking and financial industry after the bailout, as well as a way to modernize roads, power grids and sewage systems. The Consultative Group to Assist the Poor, an arm of the World Bank, says there are currently 60 million Americans who remain “under-banked.”

There are now 32,714 U.S. Postal branches around the country, and many are in danger of being closed. With banking fees reaching a record high, there are millions of consumers who could benefit from free Postal Service savings accounts, even if interest is reduced to 1 percent. Commercial banks charged customers $39 billion in fees in 2009, including ATM and overdraft fees and monthly maintenance costs. A 2008 FDIC study found that overdraft charges comprise 74 percent of bank fees on deposit accounts.

Since the banking industry continues to spend its bailout money to lobby Congress against requiring it to offer safe consumer financial products, reviving postal savings accounts would restore competitiveness to the market for bank customers — not to mention protecting low-wage earners from the predations of payday lenders and credit card companies. It would also be a way to buy down America’s debt.