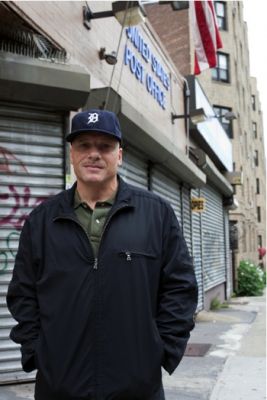 From the wilds of Alaska to the highrises of Manhattan, the U.S. Postal Service delivers an average of 563 million pieces of mail per day – or 40 percent of all the mail in the world. It’s presence is so ubiquitous we hardly give it a second thought when a Netflix movie or a favorite magazine arrives, or when we send a first-class letter across the country for 44 cents, one-fifth what it costs to take the subway across town.

That could soon change.

The Postal Service is on the verge of financial collapse due to a congressionally manufactured funding crisis (more about that below) and its top leaders are intent on dismantling the agency’s workforce and infrastructure. At stake is the nation’s second largest civilian employer after Wal-Mart and the future of the universal service to which generations of Americans have become accustomed.

The Postal Service is looking to close 3,700 post offices nationwide in the coming months. By 2017, it would like to halve the 32,000 post offices it currently operates. Closings will be based on annual on-site revenues which means the large majority of closings will hit rural and low-income urban communities both of which tend to have a higher percentage of elderly residents for whom longer commutes to the post office can be especially burdensome. In New York City, 34 post offices are currently at risk including 17 in the Bronx as well as the lone post office that serves the 12,000 residents of Roosevelt Island.

Nationally, the Postal Service also plans to close or consolidate 313 out of its 487 mail processing plants by 2013, which means it will take longer for mail to be delivered. Here in New York, the mail processing plant at the Bronx General Post Office at Grand Concourse and 149th Street faces being closed, which would eliminate 320 living wage jobs. Once processing is halted in the Bronx, mail will be trucked to a facility in Chelsea. The Postal Service contends that there will be no reduction in prompt mail delivery to the residents of the Bronx. This defies common sense as many of the trucks going to Chelsea and returning to the Bronx will be traveling during some of the most congested times of day.

Postmaster General Patrick Donahoe is pushing to reduce service from six days a week to five. This will harm people who most rely on postal delivery – small businesses, rural people, elderly waiting to receive medications, entrepreneurs handling online orders. It’s likely a private company would be granted a permit to deliver mail on a non-delivery day at zoned prices that will cost most people far more than they currently pay.

This is part of a larger effort to privatize and outsource as many functions of the Postal Service as possible. The Postal Service already out sources $12 billion a year in business to corporations such FedEx ($1.37 billion in 2010), Northrop Grumman ($494 million) and UPS ($95 million).

Fatally weakening a $67 billion per year entity like the Postal Service is more than a business opportunity for corporate America. For the right wing, it is an opportunity to show that government can play no positive function in our lives even though the Post Office has been a huge success since it was founded in 1775 by the Second Continental Congress. It is also a chance to launch another attack on unions as the postal service is one of the last sectors of the economy that is still heavily unionized.

Postmaster Donahoe has announced plans to reduce the post office workforce from the current 570,000 workers to about 350,000 workers in 2015 using a combination of attrition and layoffs. This comes only four months after postal workers signed a new five-year contract that provided the Postal Service $4 billion in savings in return for a no-layoffs pledge. During a time where politicians from both parties talk about their desire to create jobs, carrying out mass layoffs in the Postal Service is unconscionable.

The Postal Service has incurred $20 billion in losses during the past four years and is on the brink of insolvency. Conventional wisdom holds that the agency’s troubles are due to email, too many post offices, unnecessary six-day delivery, overpaid and underproductive workers. Unfortunately, these are half-truths, misinformation or outright lies.

There is a piece of legislation, H.R. 1351, introduced by Stephen Lynch (D-MA) which calls upon the Office of Personnel Management (OPM) to do an audit to determine the definitive amount of the overpayments to CSRS and transfer that amount to the future retirees’ health care funding. Basically, it is a bookkeeping adjustment that saves the Postal Service billions and does not cost American taxpayers any money at all. The measure has 216 co-sponsors including two dozen Republicans.

On Sept. 27, postal workers and their allies held rallies in every congressional district in the country to urge Congress to pass H.R. 1351 and preserve the postal service as a public institution that serves all Americans equally.

The Postal Service can continue to fulfill its mandate to provide universal service and not have to close post offices, processing plants, cutting a day of delivery or reducing its work force by 220,000 people in the midst of a recession. Once the Congress solves the problem it created we can then need to turn our focus to the real problems that people face rather than this artificially created one that was supposed to doom the Postal Service.

Chuck Zlatkin has been a postal worker for 33 years. He is the legislative and political director of the New York Metro Area Postal Union, the largest local in the American Postal Workers Union (awpu.org). For more information, see savethepostoffice.com.

Looking for a Mailbox in the Bronx 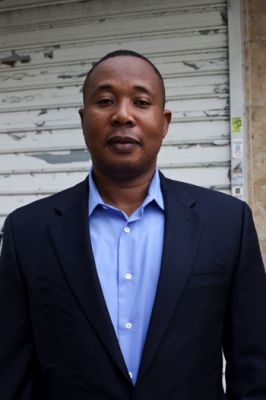 Papanini Hamadou, 45, complained that closing the post office in the Melrose section of the Bronx would turn a walk down the street into a commute across the borough. “Me, I live on this block,” said Hamadou. “It was easy for me. But if they close I have to go to Grand Concourse. I have to take a bus.” 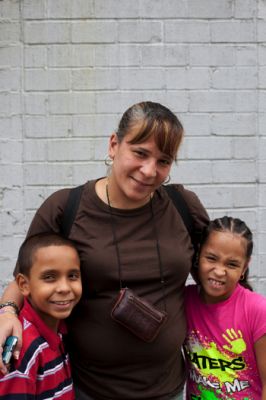 Yolanda Feliciano, 42, points out that the cuts in postal services in the Bronx will only make a bad situation worse. “It’s bad enough we don’t have mail slots. They have one around the corner and they rarely pick up the mail. This is where we drop off our mail,” said Feliciano, referring to the soon-to-be-closed Melcourt station on Melrose Ave. in the Bronx. 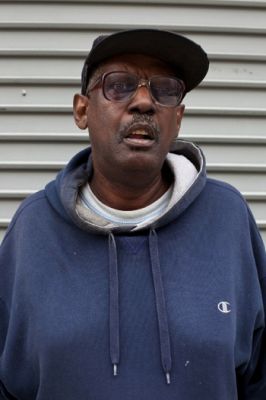 Mike Folkes, 64, who lives in the Highbridge section of the Bronx, wanted to drop off mail at the Yankee Stadium post office when he discovered the station had eliminated Saturday service. He headed to the Melcourt postal service station, only to discover that it had also stopped offering weekend service. “I have to send these letters today,” said Folkes. “I don’t like it. Especially because I had to come all the way here on a Saturday and it is not open.“

The Postal Service is considering closing more than 3,700 post offices across the country, including 34 in New York City, under rules that require individual postal stations to meet annual revenue quotas or face being shut down. The impact would be felt most heavily in low-income urban and rural communities.