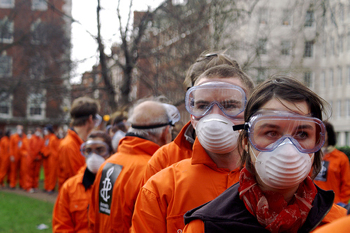 SAT OCT 15
Noon •  Free
RALLY: PROTEST 10 YEARS OF WAR IN AFGHANISTAN. Coordinated by the United National Antiwar Coalition in solidarity with protests throughout the country, this rally demands an end to American invasions on the 10-year anniversary of the Afghanistan War. The rally will start at Broadway and Wall St. and proceed to Zuccotti Park.
Broadway and Wall St.
UNACpeace.org • UNACpeace@gmail.com

4pm • Free
PANEL: POLITICAL REPRESSION AND THE POLICE STATE. Organized by the New York Committee to Stop FBI Repression, this discussion features Carlos Montes, long-time activist in the anti-war and immigrant communities of Southern California, who was targeted by the FBI for his political activities.
Judson Memorial Church Assembly Hall, 239 Thompson St.
917-397-0103 • stopfbi.net