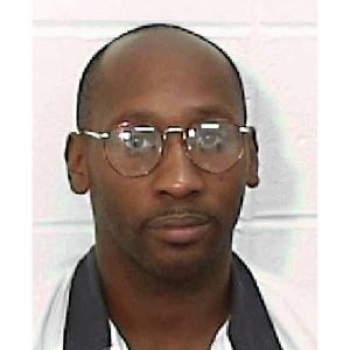 “Innocence matters” is one of the slogans used by activists opposing the U.S. state of Georgia’s execution of Troy Davis, up until the day the sentence was carried out by lethal injection on Sep. 21.

It seems like stating the obvious that innocence matters in the criminal justice system, especially when someone’s life is on the line in a death penalty case. At least, innocence should always matter. But does it in practice?

Davis was convicted of killing police officer Mark MacPhail in 1989. Yet following his conviction, seven of nine witnesses against him recanted their testimony, two witnesses implicated another person as the killer, and two of the original jurors who found Davis guilty came forward to oppose the execution.

No forensic evidence presented at trial indicated that Davis was the shooter.

Martina Correia, Davis’s sister, explained the significance of the phrase in a 2008 video interview with Black Agenda Report.

“The court system is telling us that recanted testimony is not as important as trial testimony. And what’s happening is my brother, Troy, is being denied access to the courts because they’re saying that innocence – if you got a fair trial in the beginning – it doesn’t matter whether or not you’re innocent or guilty, they don’t have to hear new evidence.

“So that’s why our campaign about innocence matters means that innocence always matters, not just at trial, but at any time when someone comes to recant testimony, that proves that someone is innocent, you should not be killing them,” Correia said.

In 2009, the U.S. Supreme Court ordered an extraordinary hearing in the trial court as to whether Davis could prove his innocence claims. But the trial court ruled against Davis, setting him back on a path where a new execution date was only a matter of time.

As it turns out, there are a number of procedural obstacles which essentially prevented Davis’s possible innocence from mattering when it came to saving his life.

Many of these obstacles are the direct result of legislation passed by the U.S. Congress in 1996 called the Anti-terrorism and Effective Death Penalty Act (AEDPA). AEDPA presented major obstacles to Davis.

Hank Johnson, a Democratic member of Congress from Georgia who advocated on Davis’s behalf, introduced legislation in 2009 to address some of these obstacles, including reversing parts of AEDPA.

“Congress should allow federal courts to grant habeas petitions for death row inmates who present new evidence of innocence. As it stands, inmates in the same situation as Troy Davis can find themselves stranded with no procedural options, even when there is new evidence that casts serious doubt on the conviction,” Johnson said in a statement to IPS.

Earlier in 2009, the U.S. Court of Appeals relied heavily on AEDPA in ruling against an appeal by Davis, with some judges dissenting. The court also referred to statements made by U.S. senators at the time of its passage.

At that time, in 1996, many in Congress, including Democrats, were interested in appearing to be tough on crime. AEDPA was designed to limit the number of appeals and set a higher standard for new appeals, and was intended to prevent what some perceived to be a problem with endless appeals by convicted criminals, costing taxpayers thousands and even millions of dollars.

But by erring on the side of risk instead of caution, in the name of efficiency and saving money, critics say the Congress appears to have taken it too far.

Then-senator Joe Biden of Delaware, now vice president, said in 1995 that, “The vast majority of us… want to and have been trying for years to change the old system to limit the time in which a petition can be filed and to limit the number of petitions that can be filed. So essentially you get one bite out of the apple.”

Unfortunately, Davis needed another bite at the so-called apple.

Enacted in 1996, AEDPA, among other things, placed limits on the grounds upon which someone on death row could request a new federal hearing.

AEDPA “tightened these limits by requiring successive petitioners to show both cause, or diligence, as well as a fundamental miscarriage of justice, or actual innocence,” the U.S. Court of Appeals had noted.

In terms of due diligence, the court asks that the defendant explain why they were not able to bring these claims in their first federal appeal.

In Davis’s case, his attorneys did introduce evidence of the witness recantations, but according to the court, they did so in the context of a due process claim and not an innocence claim. So the attorneys failed to say the magic words “innocence claim” at the appropriate time.

Davis’s two attorneys at the time were doing the best they could, representing 80 indigent convicts simultaneously with little funding, according to Laura Moye, Death Penalty Abolition Campaign coordinator for Amnesty International USA.

The Court of Appeals ruled that Davis should have presented his innocence claims first, and that if he lost, he could have then appealed on procedural grounds. However, they argued he could not have done the reverse.

Therefore, Davis’s new innocence trial was not successful, and that was the beginning of the end for Davis. The Supreme Court refused to intervene again, as did the Georgia Board of Pardons and Paroles, Georgia Governor Nathan Deal, President Barack Obama, and the U.S. Department of Justice.

Rep. Johnson’s Effective Death Penalty Appeals Act, introduced in 2009, gained 17 co-sponsors and was referred to a House subcommittee, but never received a hearing.

The new Congress began working at the beginning of this year, but Johnson has not reintroduced the legislation. One source familiar with the matter said it is due to concern about how the proposal might be amended by the current Republican majority in the U.S. House.

This article was originally published by IPSnews.net