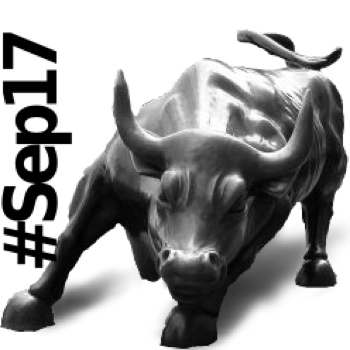 Bronx
Occupy the Bronx kicked off Oct. 15 at Fordham Plaza and included more than a hundred people, most of them people of color. At the General Assembly meeting, participants discussed how local businesses are almost entirely owned by people who do not live there, as well as the lack of access to fresh food throughout the borough, despite its being home to one of the world’s largest food distribution centers.

After the General Assembly, attendees made their way to the subway to join demonstrators at Liberty Park, with Bronx police officers holding gate open for Bronxites to travel for free. On Oct. 22, hundreds of attendees filled Fordham Plaza for the second Bronx General Assembly.

Participants in Occupy the Bronx will continue to hold a General Assembly each Saturday at 11:00 a.m. at Fordham Plaza, then proceed to join protesters in Liberty Park.

Brooklyn
Approximately 70 people attended Occupy Brooklyn’s initial meeting Oct. 13 at The Commons. As the meeting started, one facilitator announced, “I’m a facilitator but I’m not a leader. Everyone here are the leaders of the group,” reflecting the distinctive non-hierarchical nature that has characterized OWS. Participants discussed creating working groups and organizing a rally at Grand Army Plaza, which took place Oct. 15, and attracted around 100 people. No further plans were made for an ongoing occupation.

Occupy Brooklyn organizers have made a point of holding meetings in various neighborhoods, including the first in Boerum Hill and the second (Oct. 20) in Crown Heights. The third  meeting(Oct. 27) was held in Clinton Hill. The Brooklyn neighborhood of Sunset Park kicked off its own Occupy meeting Oct. 22 at Trinity Lutheran Church. About 15 people attended, which drew around eight police officers, much to the chagrin of the church’s Rev. Samuel Cruz. In a letter to the 72nd Precinct, Cruz complained of the antagonistic environment created by the NYPD’s presence.

Queens
An OWS solidarity rally was held in Woodside, Queens, on Oct. 23 when several protesters marched along Roosevelt Avenue in support of immigration reform while calling attention to victims of wage theft and deportation.

Staten Island
Although no over-night encampment is currently underway, a handful of activists converged on Gateway Park Oct. 22. No further plans are currently in the works.