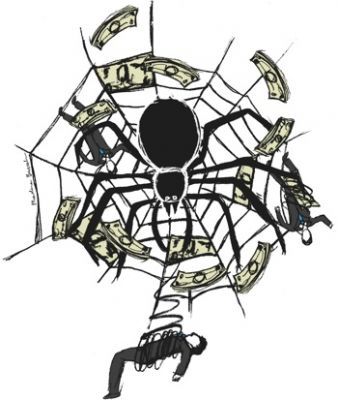 Occupy Wall Street protesters insist that the financial industry’s power over our lives must end. Here are a few reasons why.

Predatory Home Finance
During the past decade, Ameriquest, American Freedom Mortgage and other lenders targeted minorities with sub-prime loans with adjustable rates. After a fixed time, those “adjustable” rates skyrocketed, leaving families unable to pay and they lost their homes. Before the whole thing blew up, Wall Street financial firms bought these mortgages and repackaged them as mortgage-backed securities and ratings agencies like Moody’s and Standard & Poor’s rubber-stamped them triple “A.” These securities were sold like a stack of cards built higher and higher until the homeowners, overburdened by debt, failed to make payments and everything crashed.

Crushing Student Loan Debts
Student loan debt surpassed credit card debt this year, topping over $1 trillion. American students live with a crushing burden and the rate of default is rising. In 2007 it was 6.7 percent and rose to 8.8 percent in 2009. The bulk of these defaults are from private for-profit universities that serve low-income students. At Occupy Wall Street, one protester wrote, “I have about $75 in student loans. I will default soon. My co-signer, my father, will be forced to take my loans. He will default as well. I’ve ruined my family because I tried to rise above my class.”

Credit Card Interest Rates of Nearly 30%
Like to use your credit card? Pay up quick or lose your firstborn child. Since June 25, Bank of America has resumed charging a 29.99 percent penalty fee on accounts that are late on monthly payments. Other big lenders like Citigroup, Chase, Capital One, American Express also have high penalty rates. The financial industry is also teaming up with airlines to take consumers for a ride. For example, American Express Delta SkyMiles has a penalty rate of 27.24 percent. It makes perfect sense. If you don’t have enough money to pay your bills, another credit card is exactly what you need.

Manipulation of Food Prices
Following the dot-com bust of 2000, Wall Street speculators, led by Goldman Sachs, moved into the then-recently deregulated commodity futures market. The ensuing food bubble caused food prices to steadily increase around the world, along with the profits of speculators. When panicky investors fled to commodity index funds in 2007 to 2008, world food prices soared, pushing 250 million people into the ranks of the hungry. Haiti and Indonesia, Bangladesh and Mozambique were some of the nations racked by food riots. Other factors at play were reserving soil for bio-fuel crops and the more grain-intensive meat diet favored by the rising middle classes in India and China. But alone they were not enough to cause the crisis. 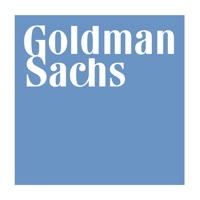 Fluctuating Gas Prices Put Public Over a Barrel
If Wall Street were a vampire, oil would be blood. In 2007 a barrel of crude oil cost $50 and in 2008 it soared to $150 before plummeting to $35. In 2011 the price of a barrel of oil has slow-climbed back to $102. In a letter to the U.S. Commodity Futures Trading Commission, Senator Carl Levin (D-Mich.) cited how oil production is more than enough to meet demand, but the spike and drop and spike again is due to market manipulation. In May 2011, federal commodities regulators filed suit against two traders in Australia and three American and international firms. They bought up oil, hoarded it to inflate prices then dumped it on the market and walked away with a pile of money.

Tearing Up Appalachia
For years Bank of America, Citigroup, Morgan Stanley, Credit Suisse, JPMorgan Chase and Wells Fargo financed mountaintop removal. It’s an ugly process of scraping off the summit or summit ridge of mountains to clear the way for extracting the black coal in the rock seams. It poisons the local water, scatters toxins into the air and kills whole forests. The Environmental Protection Agency estimates that more than 1,200 miles of Appalachian mountain streams have already been severely damaged by the practice. Years of environmental justice campaigns finally forced four major banks to cut financing of Massey Energy, one of the main culprits in mountaintop removal. 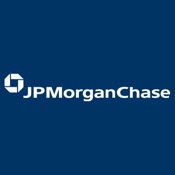 Wrecking Municipal Finances
Remember the old saying, “I’m up Shit’s Creek without a paddle.” Well meet the real life example. Wall Street financial firms like Bear Stearns, Lehman Brothers, Goldman Sachs and JPMorgan Chase trapped the people of Birmingham, Ala. in a $5 billion debt hole. As reported by Rolling Stone’s Matt Taibbi, the Jefferson County sewage system was found leaking into the local river and concerned citizens sued for the county to fix it. And fix it they did. What began as a $250 million project swelled to $3 billion as corrupt local officials and their business allies pocketed the money and JPMorgan Chase spread around bribes that helped coax the president of the county commission to accept the banks’ tricky math debt deal. Now the people of Birmingham are watching their city die. Similar stories abound in towns and cities across the country leading Taibbi to conclude of Wall Street’s behavior, “This isn’t capitalism. It’s nomadic thievery.”

Leveraged Buy-Out of the Political System
After President Barack Obama said Occupy Wall Street reflected “broad-based frustration” and former Speaker of the House Nancy Pelosi supported the occupation, Wall Street executives called the Democratic Congressional Campaign Committee, livid with rage. So now they are pouring their cash into Mitt Romney’s campaign. Even as the tide of donations reverses, the fact remains that both parties rely on Wall Street money. In 2008, Obama got more Wall Street money than McCain. In the second quarter of 2011, Obama raised $86 million — a third of which came from the financial industry. What does it buy? No systemic criminal investigations.

The Real Bailout
The $700 billion bank bailout of 2008 still angers the public. Less understood is that the U.S. government rescued the financial industry with a total of $14.4 trillion in commitments that included direct investments, buying corporate debt and mortgage-backed securities. In a gift from the Federal Reserve, Wall Street banks were allowed to borrow money from the Fed at zero percent and then turn around and loan the money back to the government at a profit.

Greed Amidst Mass Misery
Bank of America recently posted a third-quarter profit of $6.23 billion. In 2010, Wall Street executives awarded themselves $20 billion in bonuses. It’s a volcano of money erupting in New York flowing into the pockets of a few men and women. In the background is a nation enduring massive joblessness as the real unemployment rate hovers around 16 percent.