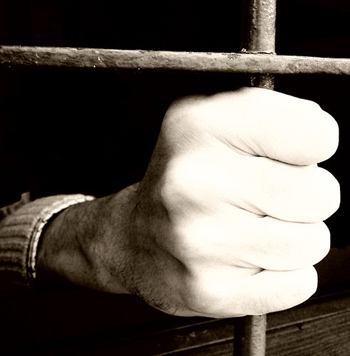 China is experiencing the worst crackdown since 1989 with a rising number of enforced disappearances of activists, a prominent Chinese dissident now living in exile has stated.

“It’s the worst crackdowns since 1989,” Liao told IPS over the phone from the United States, where he was on a book tour for ‘God is Red: The Secret Story of How Christianity Survived and Flourished in Communist China’, a documentation of illegal house churches regularly raided by the government.

“First (the government) started to toughen their control over the Internet. Then they started to use the mafia method to treat intellectuals or dissidents to make them disappear,” said Liao. The writer believes that a softening Western stance towards human rights accounts for the increased abuses.

“After Jun. 4 in 1989 (the government) were at least sometimes worried about the pressure from Western countries. But now they have taken a hardened stance – they refuse to bow down to pressure because they feel like the West relies on them economically.

“Western countries compromise their principles in order to curry favour with China so they no longer talk about human rights. So the government is becoming more bold in the way that they crack down on dissidents,” he added.

Human rights organisations have raised concern over the increasing number of “enforced disappearances” in the country – a term coined to describe Chinese activists secretly detained by the state.

Ai Weiwei, the world-renowned artist whose work ‘Sunflower Seeds’ has been displayed at London’s Tate Modern, is the most high profile activist to have fallen victim to a vanishing act by the government. He was detained on Apr. 3, to emerge on Jun. 22 following an international outcry for his release.

But Ai Weiwei is only the most famous of dozens who have vanished into detention centres this year without recourse to lawyers or disclosure of their whereabouts to relatives.

Since mid-February, amid Party fears that the so-called Arab Spring might spread to China, at least 26 artists, writers, bloggers and human rights defenders have been subject to enforced disappearances.

Thousands more petitioners are kept in so-called “black jails” across the country, according to a 2009 Human Rights Watch (HRW) report titled ‘An Alleyway in Hell: China’s Abusive Black Jails’.

The report cites that detainees are subjected to physical and psychological abuse as a matter of course – including beatings, food and sleep deprivation, and extortion.

Ethnic minority groups are particularly at risk. HRW reports that dozens, possibly hundreds, of Uyghurs, the Muslim ethnic minority who inhabit China’s restive north-western Xinjiang province, have “disappeared” without trace during the aftermath of the bloody 2009 Uyghur riots.

“Over the past two years the problem in China has worsened considerably,” says Phelim Kine, a senior Asia researcher at New York-based Human Rights Watch (HRW). “Since the start of this year at least 30 high profile individuals were abducted – half for a period of days and weeks. We know that if they are targeting high profile individuals there will be many more who are not well known.”

The increasing crackdowns come as China announces that the practice of enforced disappearances might soon be enshrined in law.

On Aug. 30 China published proposed revisions to the Criminal Procedure Law which would give police the power to legally imprison suspects in secret for up to six months with no right to contact their families or a lawyer.

The proposed revisions state that the right to keep suspects at undisclosed locations will feature in cases which involve state security, terrorism, and severe corruption.

Additionally, the commonly used tactic of house arrests – including the case of the blind civil rights activist Chen Guangcheng who has been kept under house arrest since 2010 – might also be formalised.

Critics warn that the revisions violate international law and mark a step backwards for legal protections of citizens in China, a country which only implemented the beginnings of a Western-style legal system 30 years ago.

Caixin, a business magazine known for pushing the boundaries of censorship, described the potential revisions as a “grab-bag justification that would lead to investigative organs being able to decide as they please whether or not to inform family members, and to secret detentions running rampant.”

Prof. Jerome A. Cohen, an expert on the Chinese legal system and professor at the New York University School of Law, states that the revisions run the danger of being further abused by police who often take the law into their own hands.

“Under the revised criminal procedure law – if it’s enacted as it’s likely to be – then there will be for a certain category of people an opportunity to simply detain them without telling their family and without enabling them to have a lawyer,” Prof. Cohen tells IPS on the phone from New York.

“So the question of endangering ‘state security’ is the major category that worries people because under the current regime virtually anything can be deemed to endanger state security. The fact is that in practice the police will determine what these words mean.”