China, the biggest exporter of consumer goods on the planet, is also home to the largest penal colony in the world — a top-secret network of more than 1,000 forced-labor camps known as laogai. Charles Lee, one of five million prison slaves, was imprisoned from 2003-2006, and says that he was forced to make Homer Simpson slippers. When asked by a reporter from National Review Online what he thought of people who bought the slippers, he replied, “Oh, they just want the cheapest product. But I feel that, if they knew about my situation, it would bother them.” D’oh!

While Disney shut down manufacturing facilities in Haiti from 1999 to 2009 due to “political instability,” in the region, production is now back in full swing thanks to the Better  Work Haiti program, a joint project of the International Finance Corporation and the International Labour Organization. Workers make a whopping 28 cents an hour, and according to various worker accounts, any employee suspected of organizing activity will be fired immediately. 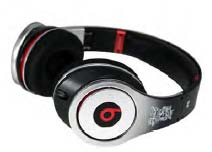 According to Dr. Dre, these headphones are intended to allow listeners to “hear what the artists hear” — which means consumers definitely won’t be hearing the political repression of the Chinese prisoners making this hot-ticket item. The number of political prisoners in China has been on the rise since the Communist Party’s 1999 crackdown on Falun Gong — a spiritual discipline that combines meditation with moral philosophy. 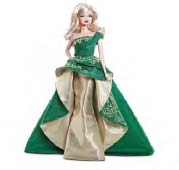 Since her debut in 1959, over one billion Barbie dolls have been sold worldwide. While the doll’s original anorexic proportions  (at 5’ 9” Barbie weighed only 110 lbs) were redesigned in 1997, the amount of packaging for each new doll has been consistently on the rise. According to Mother Jones, it takes 25 minutes to unwrap American Idol Barbie — which features 55 pieces of packaging materials, including 30 pieces of tape and 45 inches of wire.

America’s favorite chocolate brand, Hershey’s, is lagging behind the competition when it comes to committing to safe labor practices — and in West Africa, where the bulk of Hershey’s chocolate comes from, child laborers are paying the price. West Africa supplies 69 percent of the world’s cocoa, and 30 percent of children under age 15 in sub-Saharan Africa are child laborers. Hundreds of thousands of West African children continue to work under hazardous conditions on cocoa farms, but Hershey — which sources much of its cocoa from the region — has no measures in place to prevent labor abuses that include child labor.

With over 1,000-plus parts, there are plenty of opportunities for worker exploitation when assembling an iPhone. Foxconn, the Taiwanese company that manufactures the

devices in Shenzhen, China, has been criticized for its abysmal working conditions, including long hours and worker abuse. In 2010 the company experienced a spate of suicides, and 17 workers have killed themselves in the last half-decade. Foxconn’s response? Erecting nets around buildings to prevent would-be jumpers from perishing, and asking workers to sign a statement pledging to “treasure their lives.”

Manny Jalonschi and Nicholas Powers contributed research for this piece.