On the outskirts of Mosul, Iraq’s second largest city, thousands of Kurdish refugees have taken up residence in a former prison complex, unable to return to their homes only 15 minutes away.

Most people in the prison complex fled violence and threats from Arab militias in Mosul. They said they would like to move to one of Iraq’s autonomous majority Kurdish provinces, but have been prevented from doing so by the Kurdish government.

It is the latest chapter in Iraq’s decades of ethnic fighting. Kurds have battled the central Iraqi government for autonomy since the 1960s, finally winning it in three northern provinces along with a U.S.-mandated no-fly zone that accompanied crippling sanctions against Saddam Hussein after the U.S.-led invasion of Iraq in 1991.

Hussein’s campaign against the Kurds murdered and displaced hundreds of thousands, and Arab families were brought in to settle traditionally Kurdish areas in the resource-rich north and east. Now the Kurdish government, hoping to alter demographics in and around Mosul, is preventing the refugees from leaving. 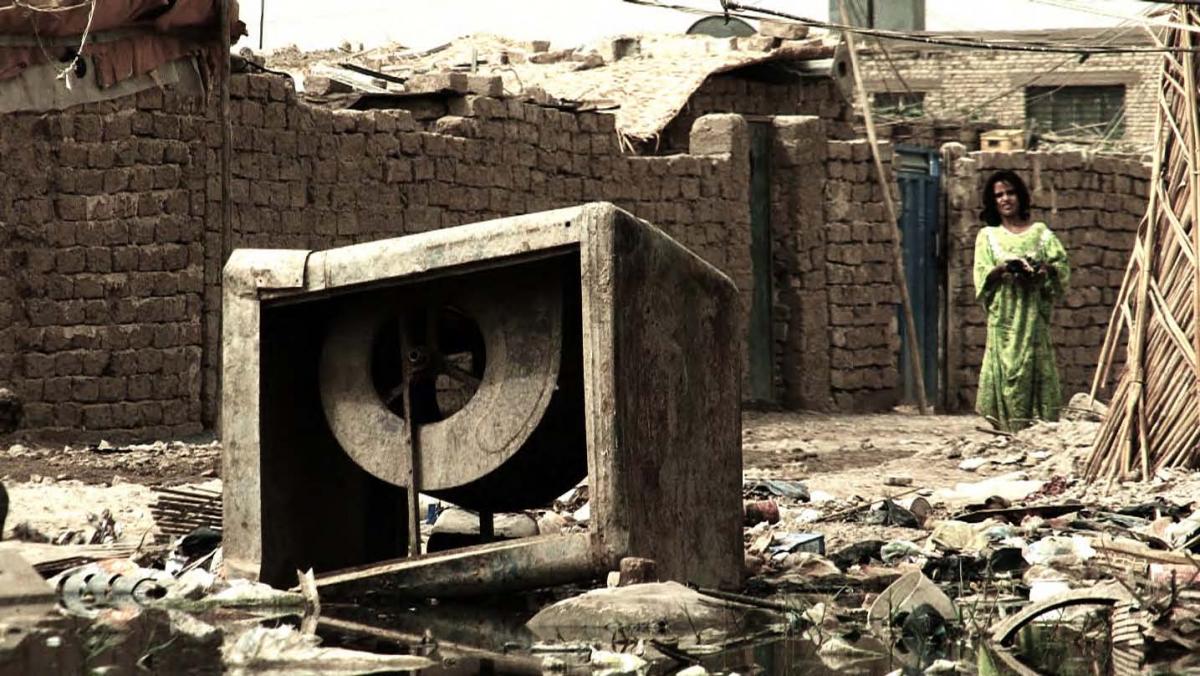 I have been traveling regularly to Iraq since May 2003. I first crossed the border from Jordan on that portentous day when President George W. Bush declared “mission accomplished.” A few weeks later, U.S. Proconsul Paul Bremer went a step farther, declaring the country “open for business” and laying bare the economic interests that underpinned whatever rationale was being given for the invasion. In short order, Iraqis, apparently not yet entirely clear on the benefits of shock capitalism, would declare open season on U.S. troops, as it became apparent that the “liberation” was turning into an occupation.

I came to Baghdad vainly hoping that my opposition to the invasion had been misplaced. Eight years later, it is hard to see what the occupation has brought the “average” Iraqi. Malnutrition and poverty are widespread. Hundreds of thousands have died as a result of the violence, which contributes to a continued lack of basic services, including clean water, in many parts of the country. Millions have been displaced inside Iraq and in neighboring countries. If we are doing a detached, mathematical analysis, it seems hard to argue that there was any other path, short of carpet-bombing the entire country, that would have killed more Iraqis.

Certainly, the invasion ushered in majority rule — Shia, who make up 60 percent of the country, are now free to worship openly. But that doesn’t necessarily mean they tolerate dissent much better than Hussein did. There are still secret prisons where people are horribly tortured. Forced displacement is once more a tool of the government. Iraqi women have nominally fewer rights than they did under Saddam, and religious minorities feel so threatened that the majority of them have left the country, or at least fled to the safer Kurdish-controlled areas.

Though plenty of Iraqi actors needed no encouragement to engage in violence against one another, on the eve of the U.S. withdrawal, many Iraqis still blame the United States for empowering those embittered and exiled elites, already set on revenge when they “rode in on the backs of American tanks.” These fissures developed into full-blown civil war in 2006 and continue to divide Iraqis. There is some degree of reconciliation taking place, but there are still “no-go” zones for Iraqis based on their sectarian affiliation.

I spent four days simply trying to get someone to take me to Abu Ghraib, on the outskirts of Baghdad. I was told matter-of-factly by Iraqi journalists that I would be detained by the Iraqi army unit in control of the area, which local sheikhs and members of the Iraqi parliament accused of driving Sunni families out of the neighborhood. If I wasn’t detained, I risked being kidnapped by suspicious locals. One translator I have worked with for years simply gave me an incredulous look when I asked him to accompany me, followed by: “I’m Shia.”

Riots erupted in Kurdistan in early December. Kurdish parliamentary elections are set for March, and as in other parts of the Middle East, a youthful population is pitting itself against an entrenched old guard. The two political parties that have jointly ruled the Kurdish provinces for decades are losing their grip as people demand greater personal and political freedoms as well as accountability in government. The current violence appears to stem from tension between religious political parties and the secular ones that dominate the government and security forces, and could likely presage more violence as elections near. The Kurdish government remains notoriously corrupt, which drives much of the activism and opposition against it.

The Arab Spring missed Baghdad. Protests against the government are generally small and surrounded by more police and military than demonstrators, and women’s rights  activists, including the extremely brave Yanar Mohamed, have been assaulted.

This is the state from which U.S. combat forces will withdraw — “Saddam lite,” as some pundits have coined it. The Pentagon will play an extremely limited role — with private militias in addition to the army and police, Iraq is now one of the most militarized societies on earth. There are no hard numbers, but anecdotal data are often useful — checkpoints abound in cities and on highways, sometimes placing dozens of security officers within sight, if not shouting distance of one another. Neighborhoods remained walled off from one another, with single exit and entry points manned by security forces. The United States has agreed to sell armed aircrafts to the Iraqi government, perhaps signaling that U.S. air support, critical to the success of Iraqi military campaigns in 2008 to retake the neighborhoods of Baghdad and Basra from militias, may no longer be necessary.

Certainly the Iraqi military, now outfitted with U.S. equipment, will continue to be a client for some time.

There will continue to be a heavy presence of thousands of U.S. State Department employees and contractors, both at the embassy in Baghdad and a large consulate in the northern Kurdish-controlled city of Erbil. Nevertheless, it remains unclear to what extent the United States will be able to affect Iraqi government policy, as the Iraqi government throughout has marginalized the role of its patron.

Prime Minister Nouri al Maliki is serving his second term, having ascended to office with the backing of the Sadr Movement, which opposed Saddam and took up arms against the United States in 2004 before agreeing to a final cease-fire in 2008. The Sadrists have leveraged their power on the streets into the largest bloc in parliament, and as the United States drew down its presence, hundreds of Sadrists arrested in past years were quietly released. Once derided by the U.S. military as unimportant, Moktada al Sadr, the cleric who leads the movement, is now arguably the single most powerful political actor in the country. 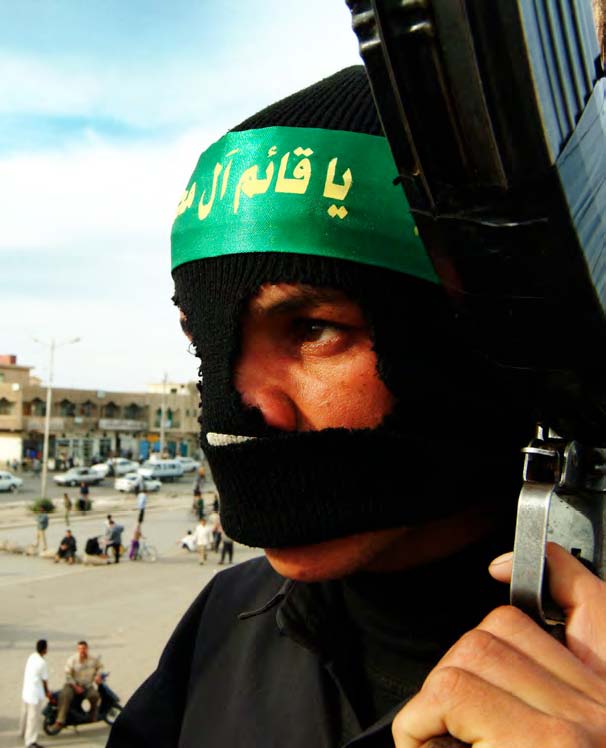 helped propel him to two terms as prime minister, during which he negotiated the current withdrawal agreement.

For the U.S. mission in Iraq, the writing has been on the wall since the beginning. Iraqis have consistently opposed the occupation in large numbers, and backed up the rhetoric with attacks on U.S. troops and the Iraqi government.

It is not hard to understand why. Chronically neglected by the government, Sadr City, the Sadr Movement’s base, is home to a quarter of Baghdad’s population. It is still dilapidated and overcrowded, but looks better than before. In 2004, someone painted the words “Vietnam Street” on the boulevard where prayers are held every Friday. The message was clear, as the Sadrists fought the United States on two separate occasions. Now they hold the largest single party bloc in the Iraqi parliament.

As the U.S. military withdraws, none of the major issues that plagued Iraq at the outset of the invasion have been resolved, and many have been exacerbated. For many Iraqis, it has been one more exercise in banal violence in the name of natural resources.

One man put it this way: “What did the Americans do this for? The Chinese didn’t contribute to the invasion, and now Chinese businessman can operate freely in Iraq. The Americans are still unable to walk in the streets.”

David Enders reported from Iraq with support from a grant from the Pulitzer Center on Crisis Reporting. He is the author of Baghdad Bulletin: Dispatches from the American Occupation.

There Must Be Accountability

Much remains unfinished. A key task is accounting for what the United States did. Before moving our public awareness to the next battlefield, we are in need of stark truth-telling about what went down: tearing a nation asunder, prosecuting a horrendous counter-insurgency campaign and conducting systematic torture, all under official pretexts that turned out to be scandalously false.

To engage in the requirements of restorative justice (which, though often ignored by power-holders, are incumbent on us as a society) first requires an engagement with the truth. Without this, we will not only continue this pattern of waging long and costly wars, we will have missed an opportunity for transformation that is sorely needed.

What we know is that we cannot wait for the power-holders to engage in the truth and reconciliation process. It is up to us. And when we have done this, then we — the citizens of Iraq, the United States and all of the “coalition forces” — can rightly announce a true “declaration of peace.”

Ken Butigan is director of Pace e Bene, an organization fostering nonviolent change through education, community and action. This is excerpted from an article that was originally published on WagingNonviolence.org.