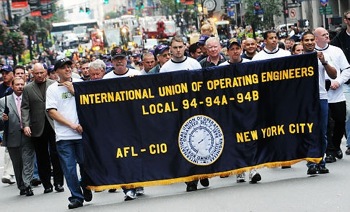 The New York City Central Labor Council (CLC) will march today to protest economic inequality. Upwards of 20,000 labor unionists and their supporters are expected to walk the 15 blocks south from Herald Square at 32nd and Broadway to Union Square. Their will be no rally beforehand or featured speakers.

“It’s not just for the labor movement, but for everyone who is frustrated and worried about the growing economic disparity in this country,” says CLC President Vinny Alvarez.

The CLC is an umbrella organization that encompasses 300 local unions representing 1.3 million workers from both the private and public sector. It’s the largest local labor council in the country and is supposed to give a voice to the shared aspirations of working class New Yorkers. In reality, it has been an empty shell for a long time – riven by the feuds that plague the city’s fractured labor movement and, before Alvarez took the helm in June, it had been been led in recent years by grifters like Brian McClaughlin and Jack Ahern who found it easier to siphon money out of their members’ pockets than to provide effective leadership. 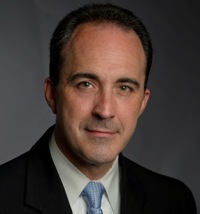 Historically, the CLC been dominated by building trades unions that tend to be more white, male and culturally conservative than the union movement as a whole. So Thursday’s muted protest seems oddly fitting for the CLC. After all, it’s been almost two months since a number of mostly public sector unions first marched in the tens of thousands to express support for Occupy Wall Street and almost a week since Miley Cyrus came out in support of the Occupy movement.

Even though Alvarez doesn’t reference Occupy Wall Street or “the 99%” in his statement on the CLC home page and even though the CLC is now playing catch up to “Hannah Montana” in explicitly speaking out for the aforementioned 99%, this march is still potentially a big deal.

The rank-and-file of the building trades unions conform to the media’s stereotypical image of what is authentically working class and thus have tremendous cultural capital. And when sufficiently angered, they can be quite militant. In June 1998, 40,000 flag-waving construction workers swarmed through Midtown to protest a move to hand over local government construction projects to non-union firms. They shut down 200 construction sites, tied Midtown in knots and battled Rudy Giuliani’s cops. 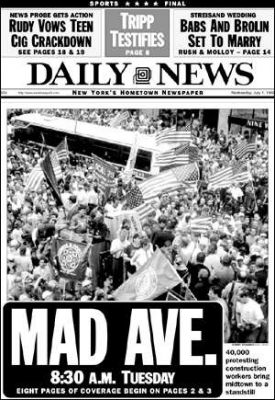 On Thursday, the building trades workers will have the full breadth of Broadway to march on. They will be joined in large numbers by members of the United Federation of Teachers and thousands of the janitors and security guards from Local 32BJ SEIU who are locked in a fierce contract battle with some of Manhattan’s most powerful real estate interests.

The Right hopes to use some of the messier aspects of the Occupy movement to ignite the same kind of cultural backlash that saw construction workers attack anti-war protesters in Lower Manhattan 40 years ago. That’s not so likely this time. Construction workers have been getting kicked around by the 1% as well. This summer there were sporadic wildcat strikes at the World Trade Center reconstruction site by angry workers. WTC workers could also be seen mingling with everyone else at Zuccotti Park during their lunch breaks this fall.

The movement of the 99% is about to get a little bigger today.