Christmas tree vendors. They are a ubiquitous, but little noticed feature of New York’s holiday landscape. They don’t ring bells like the Salvation Army nor will you hear piped-in Christmas carols at their stands. Instead, they quietly preside over the patches of forest that suddenly appear on the city’s sidewalks once a year.

“I love being around trees,” says David Stess, a longtime West Village resident who manages a Christmas tree stand on Hudson Street next to a small city park and is also a part-time delivery driver for The Indypendent. Surrounded by fir trees large and small, he encourages you to breathe in the sweet, woodsy, resinous medley of smells that envelop the stand. “The aromatherapy cannot be denied,” he says. “It takes people back to their childhood and time with their family.”

Stess, 50, helped unload the truck when the first batch of fresh-cut trees arrived on the day after Thanksgiving. He will work outdoors 30 days straight through Christmas Eve, 14 to 16 hours a day, tending the merchandise, answering questions from passers-by, delivering and installing trees as large as ten feet tall in people’s living rooms. At the end of each day, he crashes in his tiny apartment a few blocks from the stand, where he’s scrambling to catch up on his rent. After Christmas, he will sell leftover trees from another stand in outer Brooklyn where Russian families still celebrate Christmas on Jan. 6.

Most Christmas tree vendors come from outside New York. Stess describes them as free spirits who “think and act outside the box.” In this he is no exception. For the past 20 years, Stess has chronicled the lives of migrant farm workers he’s worked alongside of in Maine where he has been acclaimed for his gritty, realist photography. He is still waiting for his breakthrough moment in New York. Meanwhile, selling Christmas trees helps him to pursue his dreams while bringing a touch of nature’s beauty to his neighbor’s homes. 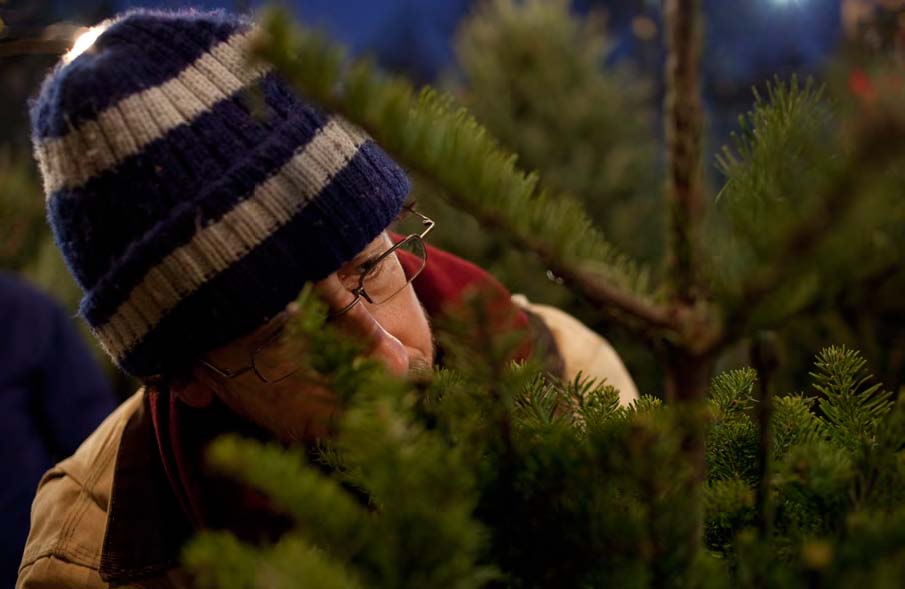 David Stess has been selling Christmas trees for four years. This is his second year running the stand at Hudson Street between Clarkson and Leroy Streets.

Stess sells a variety of firs that go for $35 to $350, and hail from farms in North Carolina, Oregon, Tennessee and as far away as Nova Scotia. (For more on Christmas tree recycling, see our community calendar) 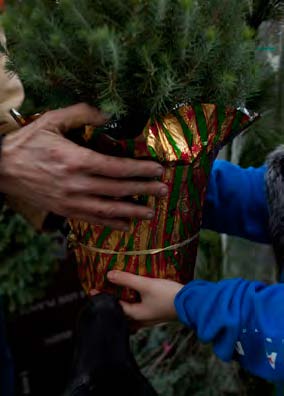 Stess sells a potted tree to a customer. “This is the only retail job I’ve ever done, Christmas trees are the only thing I’ve ever sold,” Stess says. 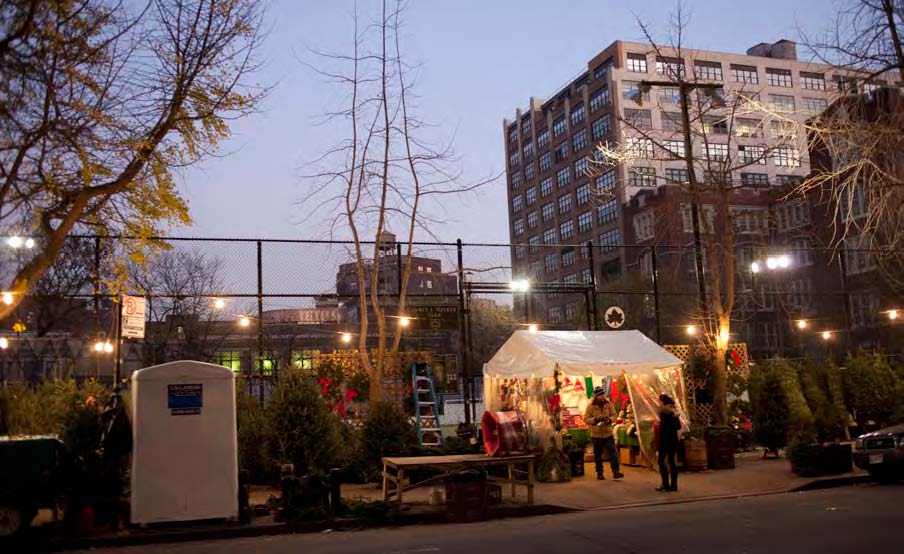 The hours at the stand are long and the weather can be brutal. “This job is not for the faint of heart. My day starts between 9 a.m. and 10 a.m. and goes until midnight or 2 a.m.” 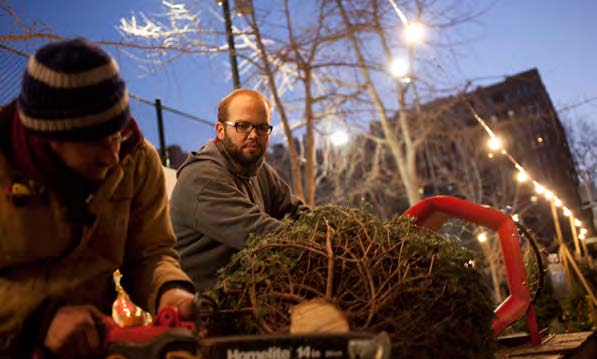 Stess trims a tree while Zakula holds the tree steady. Stess is not new to seasonal agricultural work. For 20 years he has been working and photographing the wild blueberry harvest in Maine. 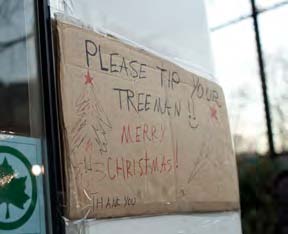 Stess’ Christmas tree stand moves about 20 trees a day on weekdays and 30 to 40 on weekends, if the weather is good. At the end of the season, he will have earned about $10 an hour.