Among the latest stories from the borderlands to cause outrage: the boundary police are training 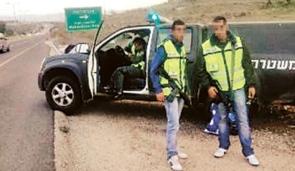 teens—ages 16 to 18—to hunt down and arrest “illegals.” Reported in mid-December in a national newspaper, this story does not come from the U.S.-Mexico borderlands, but from those of Israel-Palestine.

According to Ha’aretz, an Israeli newspaper, an entity called “No’ar Magav,” or Border Police Youth, is now working in conjunction with Israel’s Border Police. Financed by the country’s Public Security Minister and the Regional Council of Modi’in, an area of Israel adjacent to the occupied West Bank, the militarized organization is comprised of approximately 36 young people. (Close to 30 more will soon receive training.) 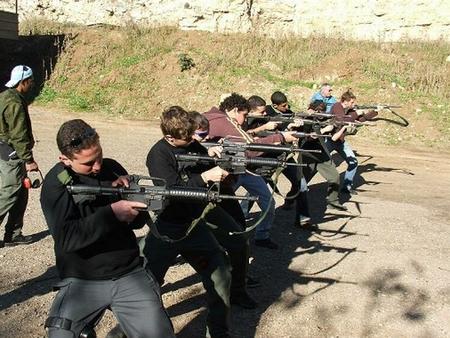 The youth, accompanied by members of the Border Police, help to apprehend “illegal” residents or workers—an activity they pursue “[i]n their spare time”—in addition to participating in broader “security” operations. Within the two weeks preceding the article, the “teenagers [had] been able to catch dozens of illegal aliens” in the Modi’in area, reports Ha’aretz citing the regional council, “mostly Palestinian workers who lack Israeli work permits.”

The article quotes a youth named Reut who is very positive about his participation. “I like catching the Palestinian workers,” he gushes. “Generally we look for them because they scare children. The point is to catch them and return them back where they belong.”

The United States, it turns out, has an entity comparable to Israel’s Border Patrol Youth. Exploring, a coeducational subsidiary of the Boy Scouts of America, “is training thousands of young people in skills used to confront terrorism, illegal immigration and escalating border violence.” This represents, The New York Times reported in 2009, “an intense ratcheting up of one of the group’s longtime missions to prepare youths for more traditional jobs as police officers and firefighters.” With the Border Patrol and its parent agency, Customs and Border Protection serving as the sponsors of various posts, the training can include “chasing down illegal border crossers.”

While in Israel members of Border Police Youth are armed with M-16s and participate in real operations, U.S. Explorers conduct mock exercises—although they sometimes also fire live weapons at closed ranges. In a photo essay accompanying the New York Times article, Explorer scouts from Visalia, California, armed with pellet guns, are shown preparing to storm a “hijacked” Department of Homeland Security bus, as part of an exercise run by the Border Patrol. Inside the bus, Agent José Valle plays the role of a suicide bomber, one wearing a vest rigged with explosives and holding a teenage female hostage, a member of the local Explorer post.

The Border Patrol presents such training, one that emphasizes “terrorism, illegal entry, drugs and human smuggling,” according to one agent, as preparation for “real life” adulthood. At the same time, the agency is clear about its own interests in Exploring: “Our end goal is to create more agents,” a senior Border Patrol agent explained. 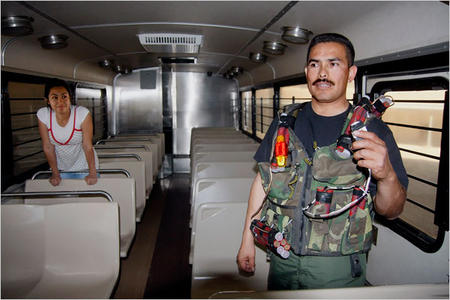 “posts” located in the U.S-Mexico borderlands, with many also in places like Grand Forks, North Dakota, and Detroit, Michigan, near the U.S. boundary with Canada.

What the U.S. and Israeli initiatives share is that both involve socializing young people to see a world of black and white, good and bad, citizens and “illegals.” They are examples of the nation-state in a world of profound inequality and injustice at work, with boundary-making, in many ways, the pinnacle of that work. It involves a boundary between those who belong and those who don’t, those who have lives of relative privilege and security, and those who have ones of hardship and insecurity. What’s criminal is not the transgression of this boundary, but the teaching of children to police it.