One year ago in February 2011, getting to Egypt wasn’t that easy.

Back then, my London flight crew suddenly refused, in midair, to layover in Cairo. Instead, we touched down in Athens where the airline did not actually even have formal landing rights. As a result, we were confined to the aircraft as it sat on the tarmac.

I was anxious to get to Egypt so it seemed like an eternity.

We all wondered what all the fuss was about. Of course, most of the Cairo-bound passengers were native Egyptians and they, along with me, had a pretty good general idea.

But it was only some twelve hours later after arriving in Cairo that I actually discovered the exciting news. Apparently, while we were cruising comfortably in the skies at 35,000 feet, President Hosni Mubarak was not having one of his better days on the ground.

Of course, as the whole world knows, he was unceremoniously thrown out of office.

It was February 11, 2011 and the dictator’s 29-year rule ended after only 18 days of widespread public protest. As few can forget, unrelenting mass protests of millions began in Tahrir Square on January 25 and quickly spread throughout the country.

Mubarak ruled Egypt longer than anyone else in the modern era and, now, he was suddenly gone.

The whole world’s rapt attention had been, in particular, focused on the compelling struggles at Tahrir Square. At times, the battles took on the look of a brutish siege, with the people rallying time and again in valiant defense of democracy and freedom.

Determined to shape a better future, Egypt’s idealistic youth took the lead but were soon joined by large sections of the working class, all together pitted against thuggish security forces mounting last desperate acts of violence to salvage the privileged ancien régime.

Still, even after witnessing the intensity of the televised street battles and inhaling the confident air of inevitability projected by the brave protestors, the forced resignation of the despot was stunning. 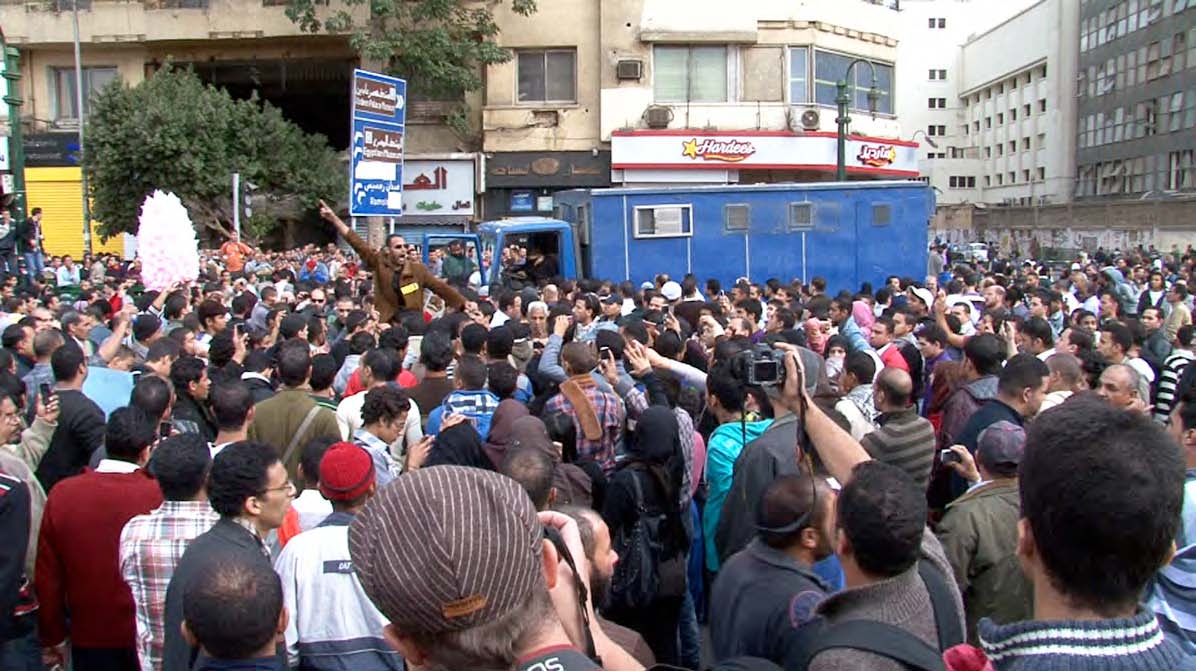 It came as a complete emotional shock to a people who never in their lives, nor in their otherwise glorious ancient past, ever experienced democratic rule.

At the same time, ending Mubarak’s rule had enormous practical consequences because he and his cronies controlled so much of the economy.

As a result, it was quite normal that people’s enthusiasm was mixed with some fear and trepidation about what the future would hold.

For example, tourists were leaving the country en masse in 2011 after January 25. By the time I finally reached Cairo at this time last year, the huge and expansive airport was nearly empty and the streets of Cairo almost completely devoid of visitors.

It was truly both remarkable and eerie.

But I soon discovered that it was not only flight crews and tourists who were nervous and anxious about events that, seemingly overnight, toppled an otherwise invincible dictator.

It was also the people of Egypt themselves who even more acutely felt these same anxieties. This great country of 81 million was collectively anguished about the future.

And for the millions of revolutionaries and reformers who risked their lives, their anxieties would only increase over the next year as their dreams were about to clash with the harsh realities of entrenched power, primarily in the form of the army’s Supreme Command of the Armed Forces (SCAF), to whom Mubarak handed over his authority.

Today, flight crews routinely layover in Cairo and the airport appears not nearly as vacant.

But, probably the biggest observable change in Egypt today is nothing quite so tangible. The most significant change is the consciousness of the people.

Any cursory reading of current politics in Egypt clearly reveals a far greater clarity from last year regarding the dangerous and duplicitous role of the army. The Egyptian military is increasingly exposed as the single institution holding together remnants of the old regime and putting the brakes on reforming economic and social life in Egypt.

In February 2011, the army was hailed for its refusal to carry out what credible sources described as Mubarak’s insistence on an attack modeled on the 1989 Chinese army massacre of students and workers in Tiananmen Square.

Refusing these orders gained the army incredible authority among the people at a time when all other institutions of the old regime were collapsing and in disarray – the parliament was dissolved, the cabinet dismissed, local municipal councils disbanded, the police and secret police in flight, and Mubarak’s National Democratic Party outlawed – its huge headquarters building, a towering symbol overlooking Tahrir Square, burned and scorched.

Time is on Their Side, or Maybe Not

Now, one year later in January 2012, the military is fighting for time while its allies regroup.

Some are former partners with newly refurbished party labels running in local and national elections. Others include Mubarak’s loyal and subservient national trade union federation along with the notorious security forces – both unabashedly corrupt entities that are, nonetheless, successfully resurrecting themselves with the protection and encouragement of SCAF.

Others prominent political groups are old adversaries like the Muslim Brotherhood that cautiously but steadily seek accommodation with SCAF, hoping in return for some favorable political leverage in the parliament from the powerful military who still wield executive constitutional rights to appoint the prime minister and ruling cabinet.

The Muslim Brotherhood and other more conservative Islamist parties won a majority of delegates in the just-concluded third and final round of parliamentary voting. This is extremely noteworthy because it leaves the army and the Islamist parties as the best organized political forces in the country.

This is the most significant backdrop to the political battles taking place as I arrive in Cairo today.

The country’s most apparent political reality is, therefore, also its most glaring contradiction – while the army’s stature has plummeted, its power has not.

How this disconnect is resolved will determine Egypt’s future for many years to come. The utter inability of the military government to address the democratic, social and economic demands of the January 25 movement remains the paramount issue.

The open hostility of the military rulers to the rights of women, to the desires of youth dissidents and to the needs of millions of impoverished workers is ample evidence that the basic social problems of one year ago remain unresolved, just as the basic power structure remains intact.

This is the vividly accurate social reality that the much-ballyhooed parliamentary elections have not and cannot change in a country where the military still retains the real power.

Without a doubt, there is an escalating counterrevolution in Egypt, led by the country’s military rulers. Can Egypt’s youth leaders and working class create genuinely independent trade union and political organizations of the oppressed in time to effectively halt this counterrevolution?

This is the crucial challenge at this critical moment for the popular movements and it led me back to this great city and country to see for myself how it all unfolds on this, the first anniversary of the people’s greatest victory.

This article was originally published by ZCommunications.

RELATED COVERAGE FROM THE INDYPENDENT:

A Year After Tahrir

Egyptian Women: Half of Society but still a Minority

Art in the Revolutionary Square