Tropic of Chaos: Climate Change and the New Geography of Violence
By Christian Parenti
Nation Books, 2011

The United States, racked by drought, fractures into a half-dozen separate fiefdoms. Food and supplies are scarce, and the fabric of society is torn asunder as warring xenophobic clans rob and kill one another for provisions.

Science fiction? Yes, but also a possible future, according to reports commissioned by the CIA and the Pentagon. In his new book, Tropic of Chaos, Christian Parenti draws on several of these reports, as well as numerous interviews and indepth research, to examine recent and ongoing conflicts around the world that are exacerbated by increasingly meager resources.

In northern Kenya, violent skirmishes between nomadic and pastoral peoples result in rising mortality rates as droughts make cattle harder to raise. In Rio de Janeiro, a city known for its s t r e e t v iol e n c e and enormous income disparities, migrants from the  countryside are pouring into the city’s slums, spurred by unpredictable rainfall and crop failure. In an attempt to manage this flux of people, Brazilian police shut down entire streets and carry out nighttime raids against the most dangerous criminals, locking down an already stratified city.

The path of climate change follows the footsteps of imperialism, with the communities that will be most affected by rising sea levels and off-kilter rainfall cycles located in the Global South. These countries are often dependent on agriculture for survival and already suffer from years of colonialism and resource extraction at the hands of first world powers. Further, Parenti writes, the volatile combination of poverty (induced by neoliberal economic policies), increased militarism and violence is setting the stage for a “catastrophic convergence” in the Global South. By employing “counterterrorism” tactics against resource-poor communities, many struggling nations in the Global South — what Parenti terms “failed states” — are actually making it harder to handle the massive disruptions of climate change. Meanwhile, first world countries are adhering to a doctrine of “climate fascism” — resulting in increased xenophobia and a strengthening of the police state.

Climate change isn’t just confined to the distant future. Climate change, Parenti says, is already here, and it informs every geopolitical struggle — from the ongoing conflict between India and Pakistan over water-rich Kashmir to the United States’ xenophobia toward thousands of migrants from Mexico and Central America crossing the border. He warns that, by and large, societies haven’t found an effective way to deal with climate change.

Where Tropic of Chaos takes a global view, Andrew Ross’ Bird on Fire brings us intimately close to the detailed tedium awaiting anyone trying to effectively retrofit a single city. His choice of Phoenix, Ariz. is telling, certainly from a U.S.-centric perspective. Phoenix is, in most aspects, the very model of unsustainability — sprawling single-story housing developments stretch across the desert, a model of urban un-planning common in the West. These places, rather than the denser, older towns like Boston and New York (the latter of which has the smallest carbon footprint per capita in the nation), need the most attention if we’re going to transform the United States into a sustainable beacon.

Ross’ research is exhaustive: more than 200 civic, business and community leaders appear in the book. He tackles some 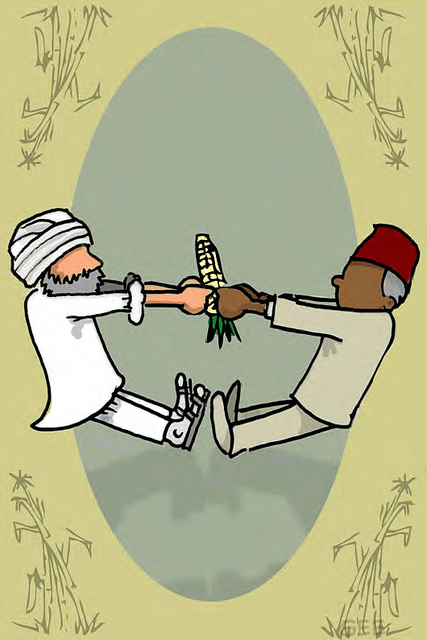 interesting topics; besides the expected discussions of water scarcity and emissions, we read about the struggle for Native land rights and Arizonans’ reluctance to use solar power despite the area’s tremendous amount of sunlight.

Arizona, like many rural areas, suffers from what Ross terms a “frontier mentality,” despite its heavy reliance on federal funds. Beneath this overlay, Ross uncovers a complex ecosystem of local deci sion-making. The chapter on solar power, for example, highlights the appeal of owning your energy supply to libertarians and liberals alike. Since Arizona’s major utilities control what little subsidies exist to encourage solarpanel installation, they also threaten to pull those subsidies when the budget demands.

Bird on Fire seems to imply what Tropic of Chaos concludes outright: the world will rely increasingly on state power to effectively mitigate the global climate disaster. The message has shades of paternalism, but it’s worth heeding. Even a casual observer of the political disagreements of the last few years would sigh despondently at the end of these books. As Parenti demonstrates, our military already knows what’s coming. We can only hope that politicians catch on before it’s too late.