Ultra-orthodox Jews, Dominican immigrants, black activists from the Southern states — the Lower East Side has been home to people from a diverse range of backgrounds over the last 50 years.

From its historic role as home to newly arrived immigrants starting in the early 19th century to shifting demographics and increasing gentrification, “STREET.LIFE. LIVE.” tells the story of the transformation of the Lower East Side from 1968 to the present.

The exhibit features the work of five female photographers — Rebecca Lepkoff, Silvianna Goldsmith, Marlis Momber, Anna Sawaryn, and Shell Sheddy, who is also the show’s curator. While the show aims to remind current residents of the neighborhood’s distinct history, it also focuses on the commu 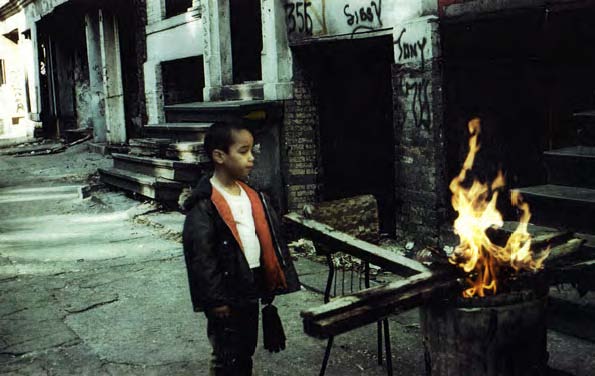 Tacked onto the walls are pictures that capture everyday moments — a child dancing on a stage in a white dress, residents standing outside on a hot summer day in the 1970s. One photograph even features Allen Ginsberg’s final poetry reading in New York City at the Knitting Factory in 1997.  The photos are shot using a variety of techniques — ranging from infrared film and a pinhole camera to 35mm film and a digital SLR camera — each lending the photographs a different coloration.

The exhibition serves as a reminder of a time when things weren’t as rosy in the Lower East Side, a neighborhood that includes enclaves such as the East Village, Chinatown and Little Italy. Images of run-down houses and anti-drug protests remind viewers of darker times, when even the photographers themselves feared for their safety. In the 1970s, the neighborhood became a place where crime and drug abuse metastasized.

“I didn’t even have anything and they managed to steal from me,” said Goldsmith.

But the images also tell a story of how welcoming the Lower East Side has been to new New Yorkers over the decades. Communities were often in flux, creating ethnically diverse apartment blocks. Its residents were united through one common struggle: making a living.

“We all had a commonality,” said Sheddy. “We were working class, had little money and had to make it work.” These images also depict an architectural history that has been bulldozed to make way for condos and skyscrapers in the past decade. Many of the “mom-andpop” shops featured in the show’s photographs have closed down and been replaced by chains. The rate of gentrification has 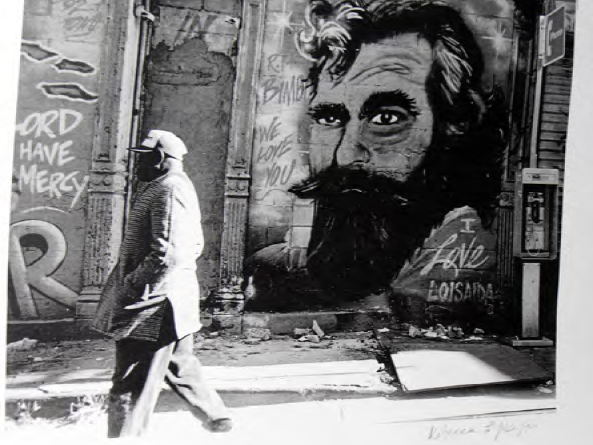 reached such a feverish pitch that the National Trust for Historic Preservation included the neighborhood on its 2008 list of most endangered places.

Sawaryn has lived in the Lower East Side “since the hippies were here” and worries that the gentrification of the neighborhood in the past few years could ruin the neighborhood.

For Sheddy, this fear was enough to curate an exhibition that is in many ways an ode to the neighborhood’s past.

“I think we have to show people that long-term residents are still here,” said Sheddy. “We have to show them that we have a very rich and diversified history.”