The city’s Rent Guidelines Board is likely to hit tenants with a fat rent increase this month.

As usual, the board’s five “public members” backed the increases, while the two tenant representatives objected that it was too much and the two landlord representatives complained it was not enough. RGB chair Jonathan Kimmel said the proposal was based on the board’s Price Index of Operating Costs, which estimated that landlords’ operating and maintenance costs increased by 5.9 percent last year. Tenant groups criticize the RGB for not considering landlords’ actual profits and ignoring what tenants are able to pay and its mission of preventing rent-gouging.

“The index is one-sided, looking only at owners’ expenses while ignoring the income they receive and the profits they make,” Metropolitan Council on Housing chair Jaron Benjamin wrote in the May issue of Tenant/Inquilino, the group’s monthly newspaper. “The RGB produces a much more useful study, the Income and Expense Study, but the public members disregard it.” That study, based on figures filed annually with the city’s Department of Finance by property owners, found that landlords of rent-stabilized properties spent an average of 62 percent of rents they received on operations and maintenance, leaving 38 percent for debt service and profit.

“Does anyone seriously believe that landlords of rent-stabilized buildings are losing money?” Benjamin asked.

The RGB has frustrated tenants for years. The public members are supposed to be impartial, to balance tenants’ need for affordability with owners’ need to make a profit, but Mayor Michael Bloomberg, who appoints the members to terms of two to four years, has consistently chosen them from finance and real estate. Only one of his choices has ever voted against raising rents — and Bloomberg refused to reappoint him the next spring.

Current public member David H. Wenk is executive director of capital markets at the real-estate firm Cushman & Wakefield. Courtney Moore is a “private wealth adviser” and executive at Merrill Lynch, serving “high-net-worth families.” Jonathan Kimmel is a lawyer specializing in pensions and the former legal director of the city Teachers’ Retirement System. The two new public members are Tanya Levy-Odom, a vice-president and equity research analyst at the asset-management firm of AllianceBernstein, and Carol Shine, a lawyer for the City Council’s land-use division.

All six of the leading Democratic candidates for mayor have urged the RGB not to allow a rent increase. Otherwise, their main ideas for dealing with the city’s housing crisis have been verbal support for stronger rent controls and tweaking schemes for financing “affordable” housing. Only the state government can strengthen the rent-regulation laws, and federal and state funds for public and subsidized housing have been cut dramatically since the 1980s.

Mayoral candidate and City Council Speaker Christine Quinn, the frontrunner in both polls and fundraising, has been the most outspoken on rent-regulation issues, longtime tenant activist Michael McKee said in March, but was “the worst” on issues of overdevelopment. Also, while Quinn has urged that the RGB be opened to more tenant-friendly public members, her enabling Bloomberg’s third term gave him another four years to pack the board.

Quinn is the real-estate industry’s financial favorite, but of the six main Democrats, only City Comptroller John Liu and longshot former Assemblymember Sal Albanese have not received substantial funding from landlords, according to campaign-finance records available online. Real-estate sources account for about 20 percent of the $7 million Quinn has taken in, and about 10 percent of the more than $3 million raised by Public Advocate Bill de Blasio and former Comptroller Bill Thompson.

The list of Quinn’s contributors reads like a who’s who of the city’s biggest and most politically connected real-estate names: The Related Companies, the Durst Organization, Zeckendorf, Kalikow, Rudin, Tishman, Douglas Elliman and Leonard Litwin’s Glenwood Management. The Related Companies, which is stuffing her Chelsea-Clinton district with tax-subsidized luxury developments like MiMA and the under-construction Hudson Yards, has given at least $40,000.

Some of these donors have also contributed to de Blasio and Thompson. Both got the $4,950 maximum from the Rent Stabilization Association, the landlord group that lobbies to destroy rent stabilization, and The Related Companies has given Thompson at least $21,000.

New entrant Anthony Weiner’s $5 million bankroll is left over from his congressional campaigns. Its real-estate sources include William Macklowe, Stephen L. Green of SL Green and executives at Vornado and Newmark Knight Frank. Despite his reputation as a loudmouthed liberal, Weiner helped knock a major loophole in rent stabilization in 1994, when he voted for a City Council bill to deregulate vacant apartments that rented for more that $2,000 a month. He claimed that loophole, cemented by the state in 1997, would only affect rich Manhattanites who didn’t need or deserve regulated rents — but it has fueled skyrocketing rents all over the city.

For this reason, tenant activists are now agitating for campaign-finance reform. Specifically, they want to close the “LLC loophole.” State law currently lets owners of multiple limited-liability corporations, a common business structure in real estate, give the maximum amount from each one they own. Leonard Litwin, the most notorious, has given $500,000 to Governor Andrew Cuomo; contributed to Quinn, de Blasio, and Thompson’s current campaigns; and donated $40,000 to since-indicted state Senator Malcolm Smith in 2008 — when he was running unopposed. 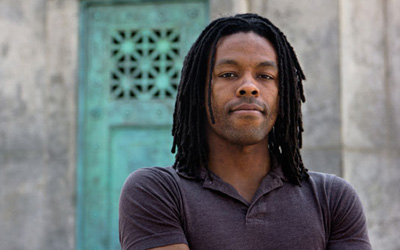 Jaron Benjamin: Head of the Metropolitan Council on Housing says the Rent Guidelines Board only listens to landlord concerns. Credit: Nick Childers 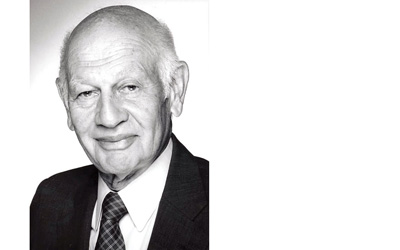 Leonard Litwin: This real estate baron has used a loophole in state law to make tens of thousands of dollars for pro-landlord politicians including Quinn and two of her leading challengers, Bill De Blasio and William Thompson. This practice is common in the real estate industry. Credit: therealdeal.com

For more information, go to www.housingnyc.com/html/about/meetings.html or contact the Met Council.