We have been as busy as ever during the past year — covering grassroots social movements here in New York and around the globe, exploring big ideas that help us see the world anew and bringing forward the voices and lived experiences of those who struggle for justice and dignity beyond the gaze of the corporate media.

Below are 52 of our best articles and interviews from 2013 — one for each week of the year. We hope you enjoy reliving 2013 through the pages of The Indypendent as much as we did. As 2014 approaches, we are excited about our upcoming move to Brooklyn and have big plans in store for the coming year.  We look forward to doing more great work, but we need your support now.

Thank you for your generous support.

“Searching for the Real Bill de Blasio” by Steven Wishnia 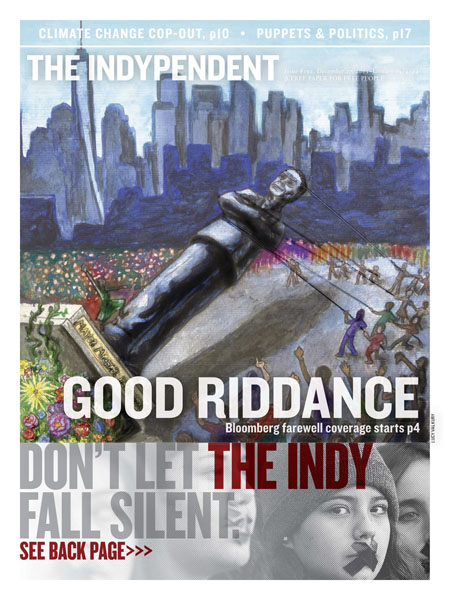 “In the Mayor's Race, Labor Endorses Division” by Ari Paul

“Rebranding NYC: How the 1% Created a Tale of Two Cities” by John Tarleton

“Queens in the Crosshairs” by Marty Kirchner

“Rebuilding in the Rockaways” by Diego Ibanez 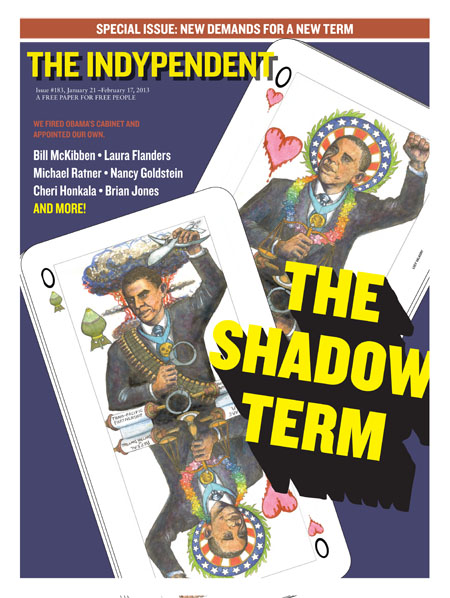 “Putting It All on the (Pipe)line” by Emily Masters

“Our Planet in the Balance: Inside the Warsaw Climate Talks” by Renée Feltz

Note: This article is from the Jan. 2013  issue in which we “appointed” prominent left thinkers and organizers to positions in President Obama's “shadow cabinet” and asked them to describe what they would do if they held that position. 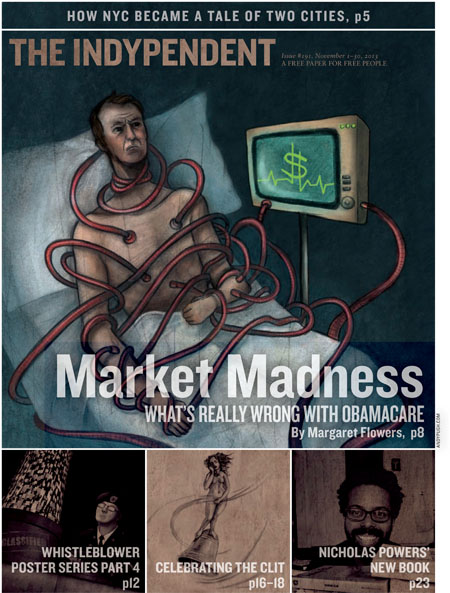 “At HHS, Nowhere to Go But Up” by Eric Laursen (Shadow Cabinet issue)

“The Data That Nourishes” by Brian Jones 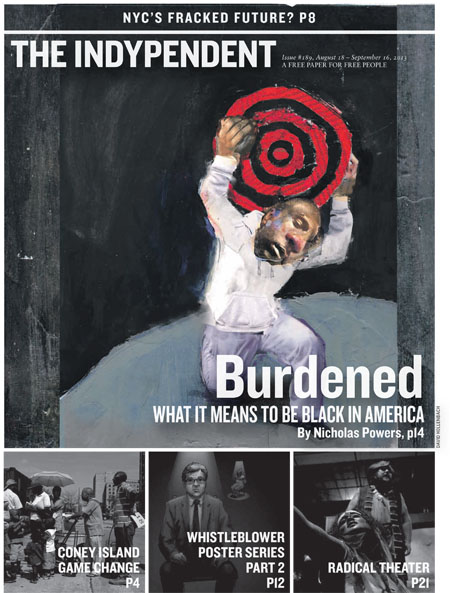 “What Is 'Constitutional' Stop-and-Frisk?” by Ann Schneider 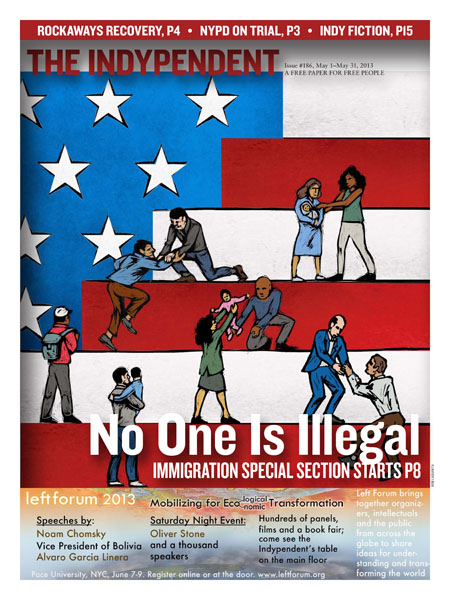 “Confronting Nativists in the Jersey Suburbs” by Marty Kirchner

“Dreaming Out Loud” by Michael Gould-Wartofsky 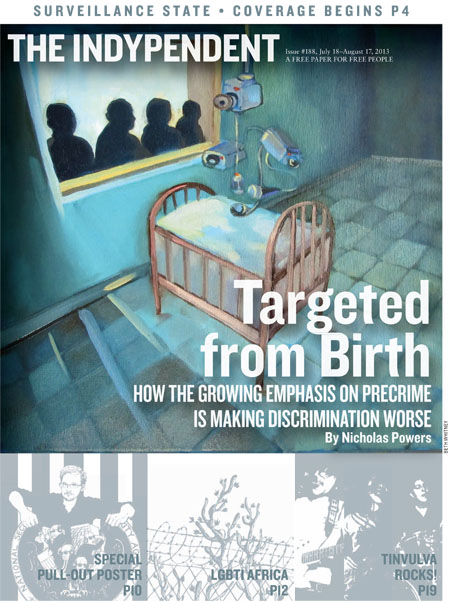 “Under the Gaze” by Nicholas Powers

“As the NSA Follows You, We Follow the Money” by Emily Masters 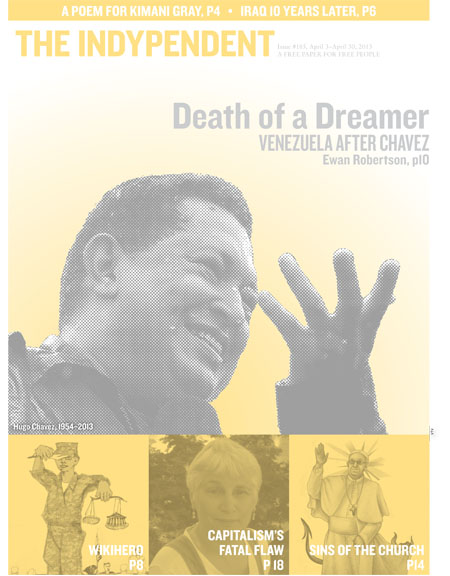 “Venezuela After Chavez” by Ewan Robertson

“Egypt, Back to Square One: Interview with Joel Beinin” by Alina Mogilyanskaya

“Hardhats for Peace” by Michael Hirsch

“Photography As Remedy: An Interview with Jamel Shabazz” by Camille Wanliss Ortiz 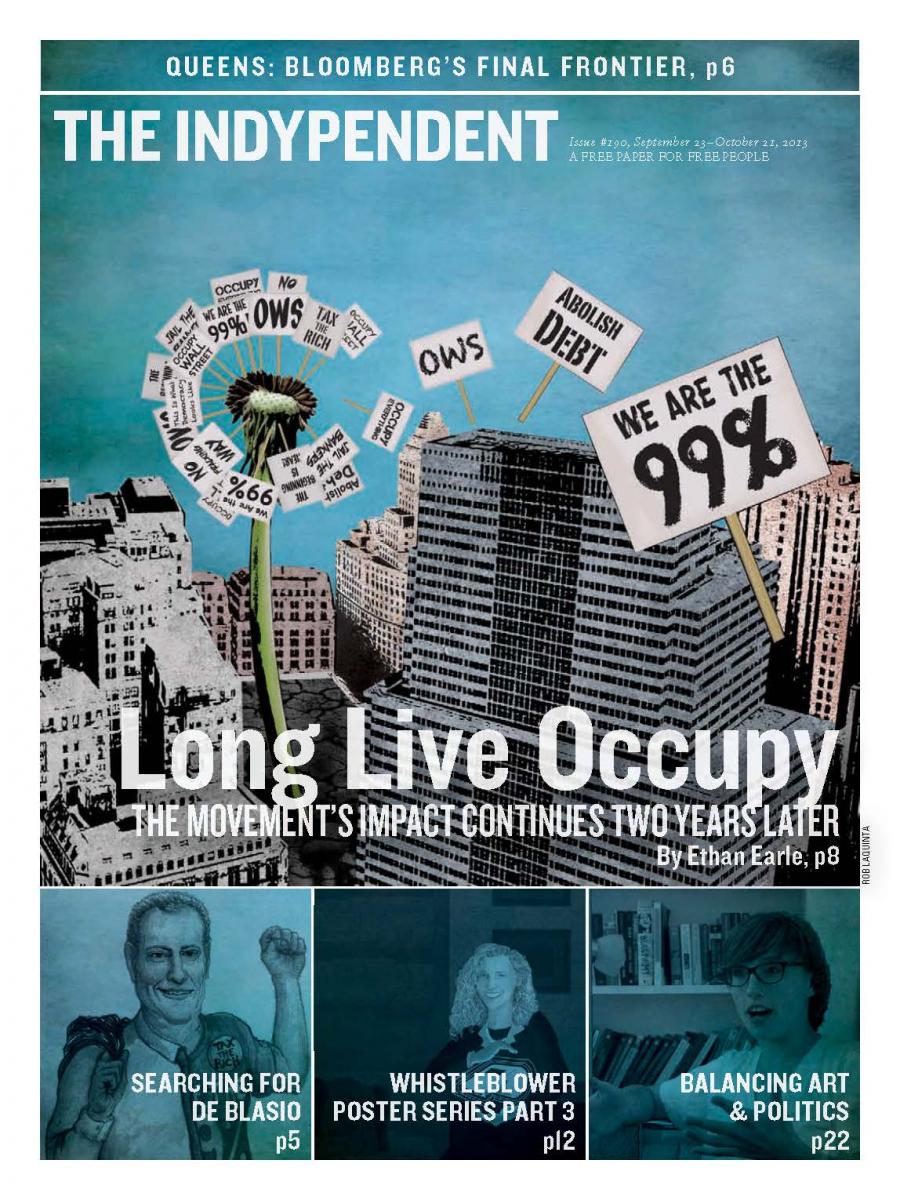 “Occupy's Legacy: A Massive Burbling of Possibilities” by Ethan Earle

“Overcoming Fragmentation: An Interview with NTanya Lee” by John Tarleton

“Within Our Reach: Examples of How to Create a Just and Healthy Society Are All Around Us” by John Tarleton & Alina Mogilyanskaya (Poster Map)

Make a one-time or recurring donation here. Subscribe to The Indypendent here.