Bill de Blasio’s emphasis on a “Tale of Two Cities” tapped into frustrations felt by New Yorkers, and they responded by propelling him to a landslide win in the mayoral race. On December 4 and 5, labor, community and Occupy groups took to the streets to highlight the need to take action against inequality and to insist that the mayor-elect follow through on commitments he made during his campaign. 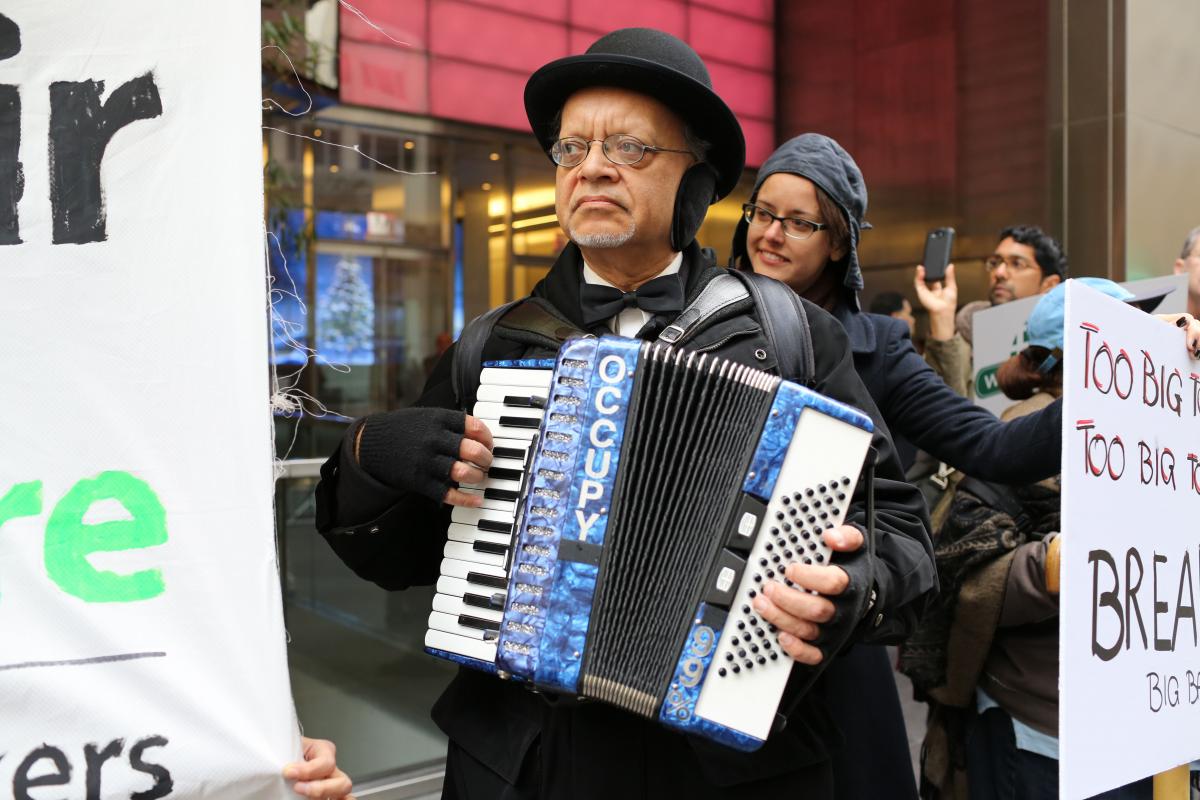 ^ BANK ON IT: On December 4, protesters including a man (above) with an accordion visited the Midtown offices of several prominent Wall Street banks. A recently released report by the New Day New York Coalition argues that the city should recoup $725 million a year in unnecessary fees and expenses it currently pays out to Wall Street. 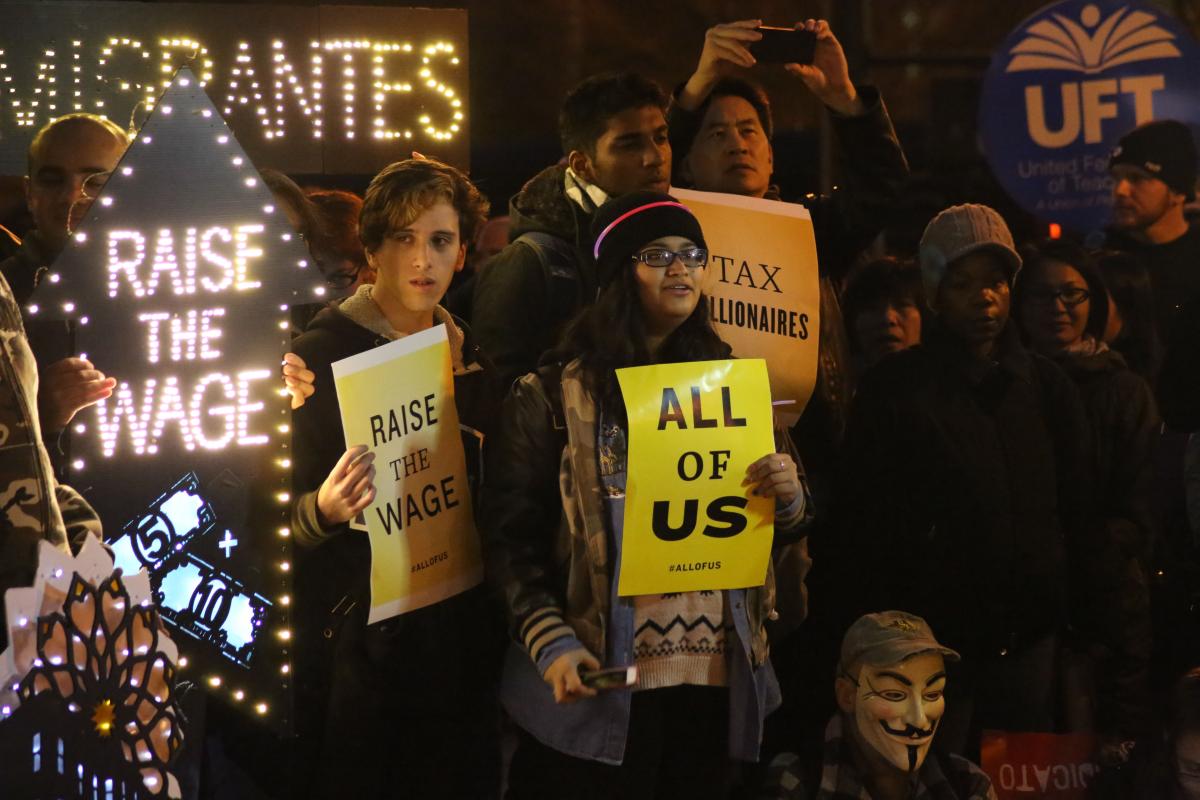 ^ CAN’T SURVIVE ON $7.25: Members of Fast Food Forward and their supporters march on December 5 to a rally for low-wage workers that drew about 1,000 people. Fast food workers from more than 100 cities including New York went on strike that day to demand a $15 per hour wage and the right to form a union. 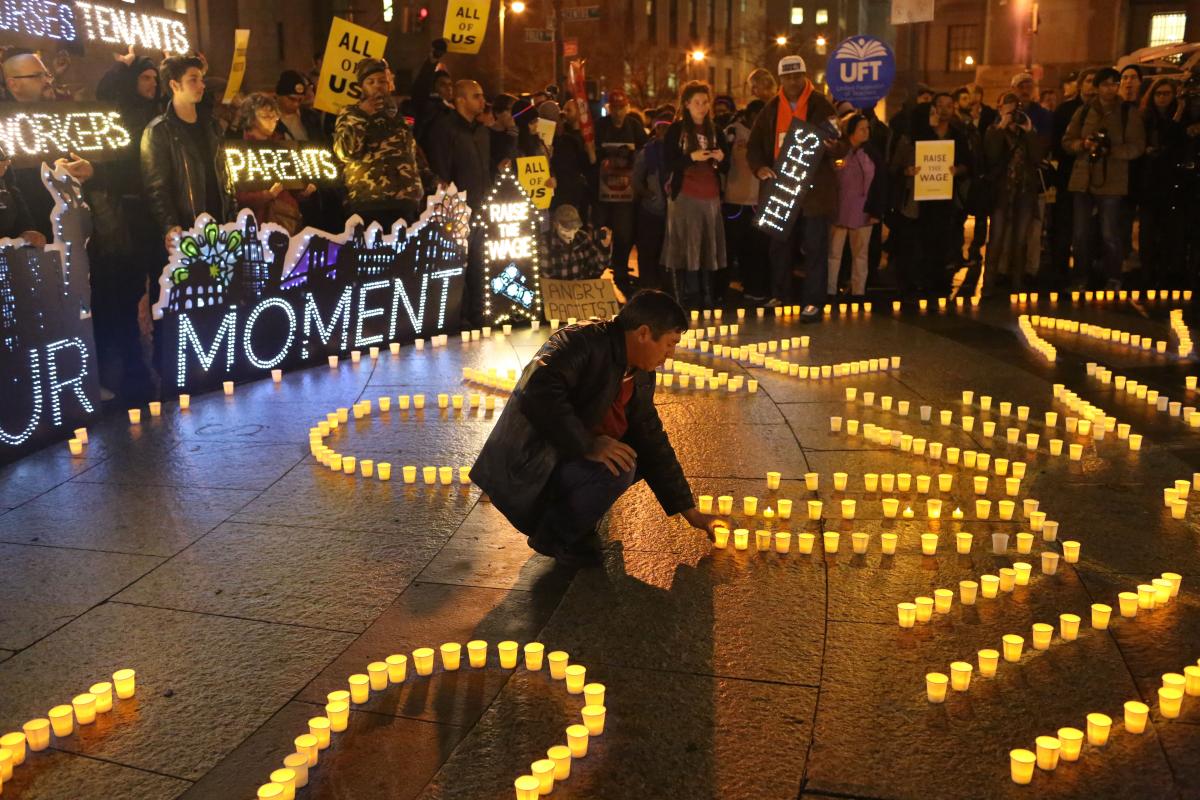 ^ SHINE A LIGHT: A participant in the December 5 rally at Foley Square lights a candle. Some of the candles were used to spell out “One NYC For All Of Us.” 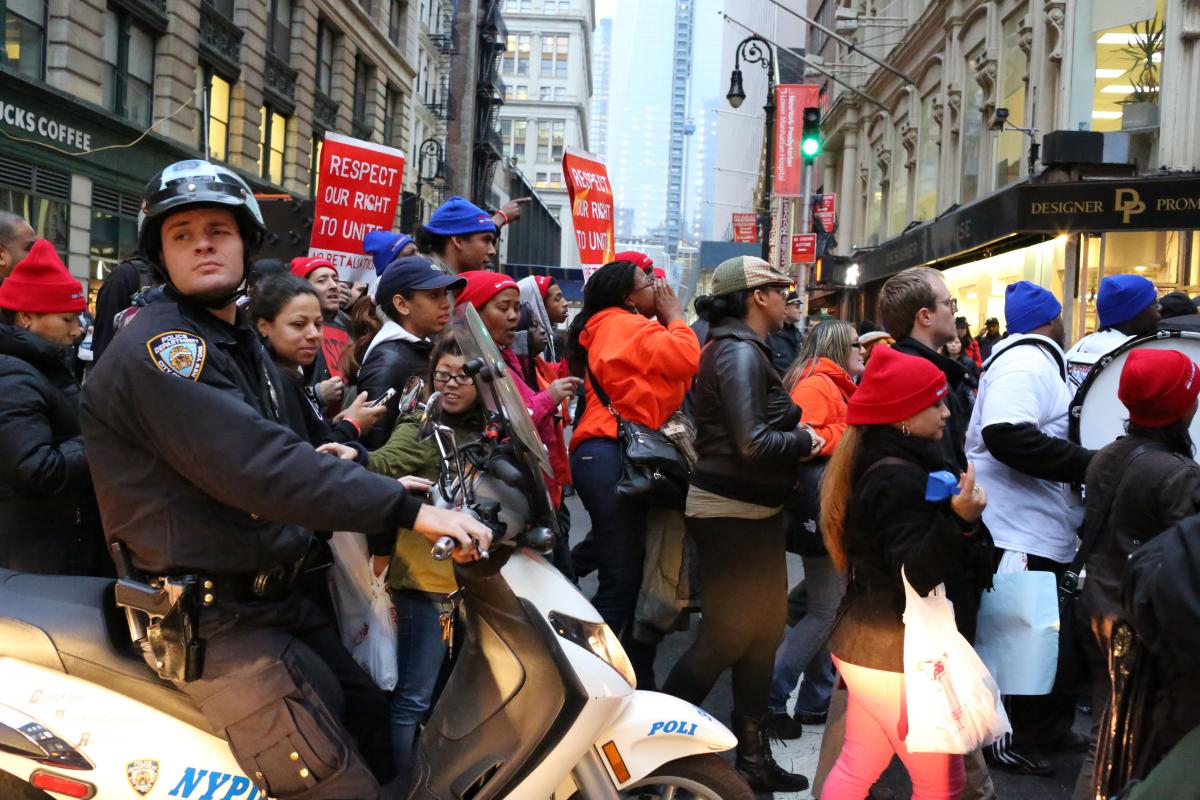 ^ v OCCUPY THE FUTURE: Food-service workers march on December 5. The final march of the day was from Foley Square to Zuccotti Park, birthplace of Occupy Wall Street. OWS’s ability to change the discourse in the U.S. around issues of inequality and the concentration of wealth has been credited by many observers with fueling Bill de Blasio’s upset victory in the mayor’s race. 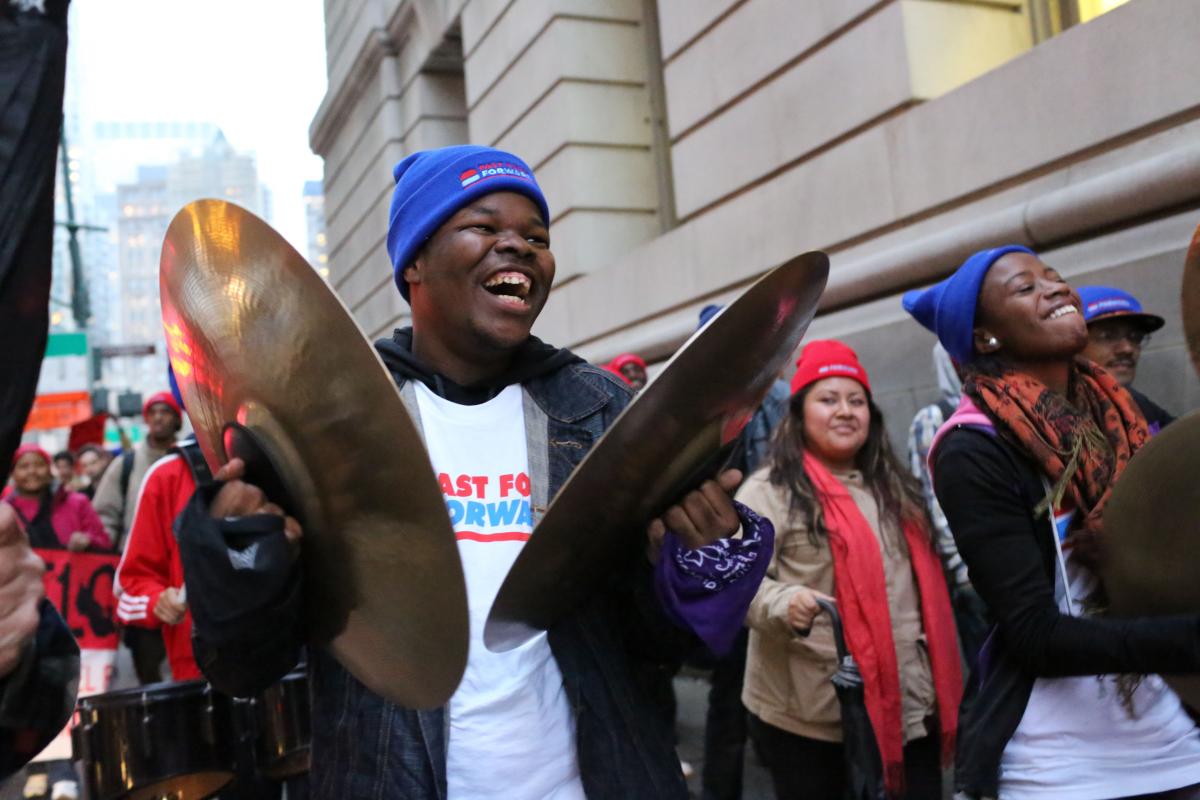