“I rode here on a drone,” Obama said. “Totally awesome.” 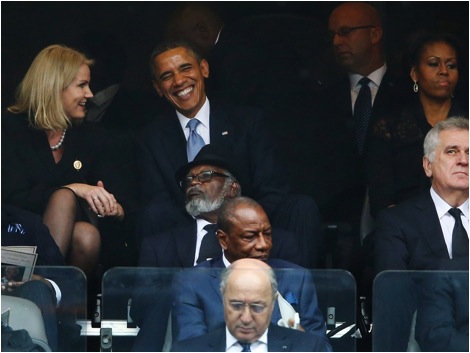 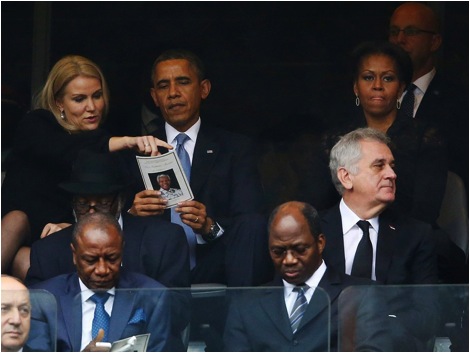 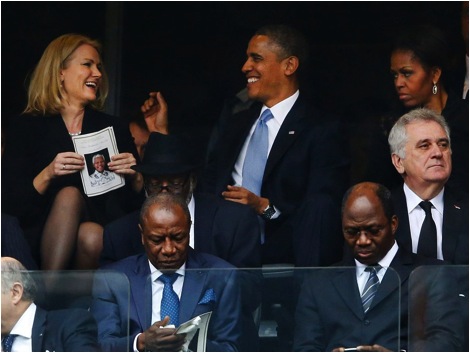 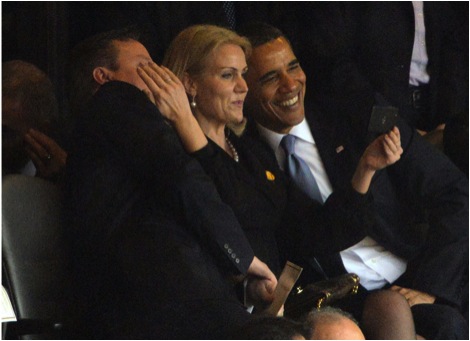 “Obama, are you tapping my phone?” She asked. 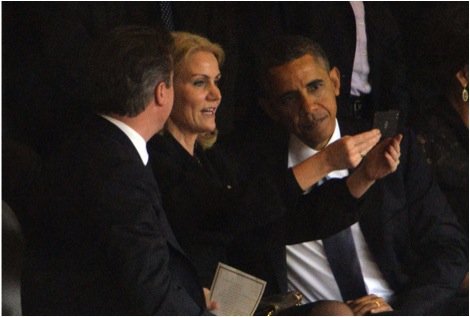 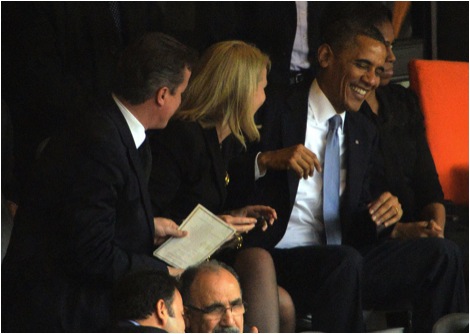 “Everything is tapped,” Obama smiles, “Even Mandela’s coffin.” 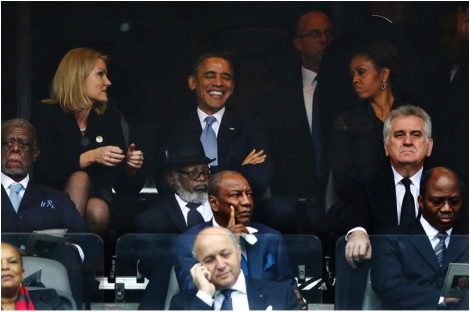 “Did he just say the N.S.A. tapped Mandela’s coffin?” Asked the Prime Minister.

“It’s his favorite thing to do,” said First Lady Michelle Obama. “We’re going to see a therapist about it.” 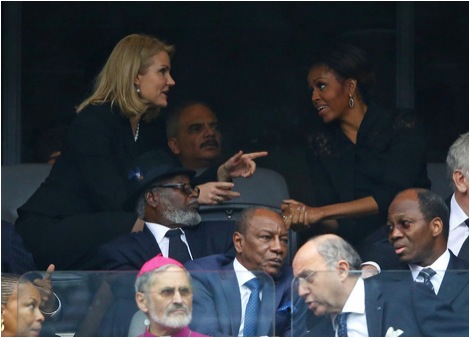