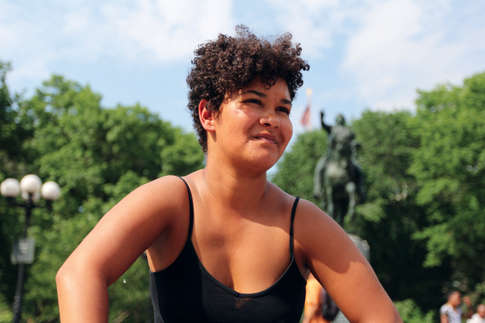 I don’t see actions being taken to correct the problems that are happening. The ice caps are melting and Fox News finally, recently discovered this, so it must be real at this point. Things are being done to reduce our carbon footprints but it’s not being done on the scale that needs to happen. 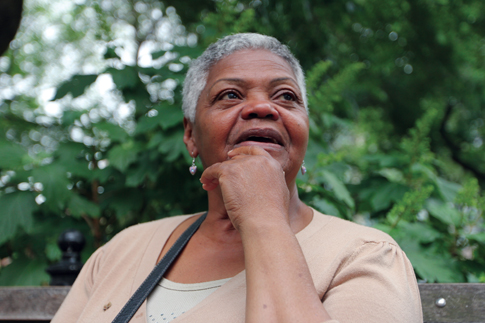 A lot of people here, to them Sandy was a disaster. But coming from the island, when I was a child, we were without water or electricity for weeks or months and we just lived with it. But here, it’s different. When there’s a hurricane, people are afraid. 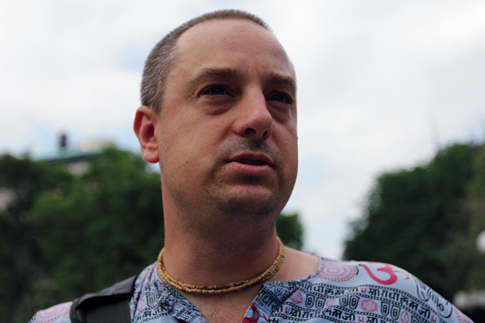 We need to focus on the internals to take care of the planet: people’s consciousness and mentalities and what’s in their heads. That automatically bleeds over into the external.

People need to be reminded of the purpose of life. If you’re trying to tell someone, let’s not use so much oil or it’s better to use solar power, they’re like, “I’m only here for a few years and it’s not going to bother me so much, so who cares?” And that’s the general mentality. That’s why we have these problems. 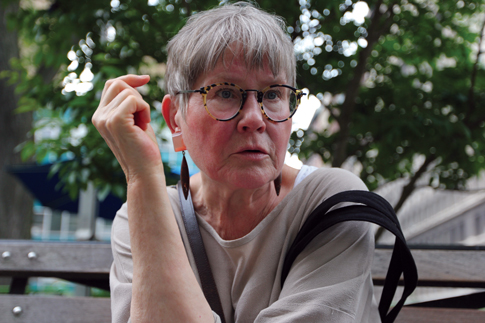 I can understand what Marx talks about. I don’t know exactly what will happen but I think climate change says a lot about what’s wrong. Capitalism only thinks in the short term. I’m disappointed that toward the end of my life we haven’t solved this problem. I thought my generation would change the world and now it seems like the whole world is going down the drain. 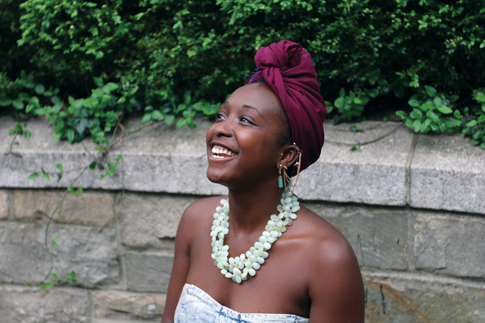 If we hold the value of buy, buy, buy, then we’re going to get the output of waste. People are not going to think about saving the earth. We talk a lot about racism and sexism but we don’t talk about the first exploitation, which is of the earth.

We’re all islands here. Think about if that water rises any more: there’s going to be no more of this wonderful place. I struggle every day to reduce my footprint, I focus on water conservation. Abroad, I would take a bucket and whatever was in that bucket, I would bathe with. I’m trying to incorporate this habit here in New York, which is very challenging. It’s hard to give up my comfort but that’s what it’s about. Everybody giving up a little bit of comfort so that we can improve things for everyone and also improve the comfort of the earth. 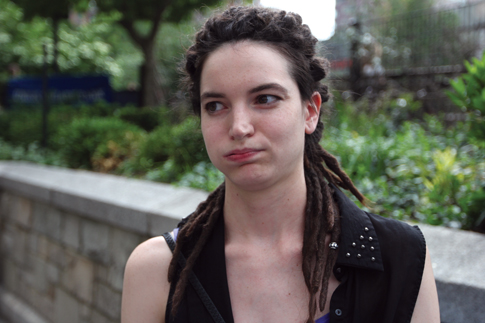 My issue with the issue of climate change is that it seems so big and it seems like there’s not really much one person can do to make a difference. Climate change should be more important than it is now. It’s definitely gained a lot of steam, I think, in the last decade. For me, I’m definitely realizing it more now that I’m older. I mean, there’s obviously worse problems out there. Wars. Democracy. AIDS. But it’s still pretty bad and I’m really worried about it. 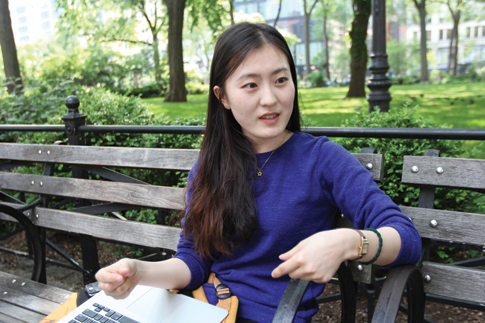 When I go to Starbucks, I bring my own mug or tumbler and when I shop at the supermarket, I always bring my own bag. In Korea, we have to pay a fee when we use plastic bags or paper bags because it affects the environment. Here in New York City, it’s free, so there’s abuse and so much waste. 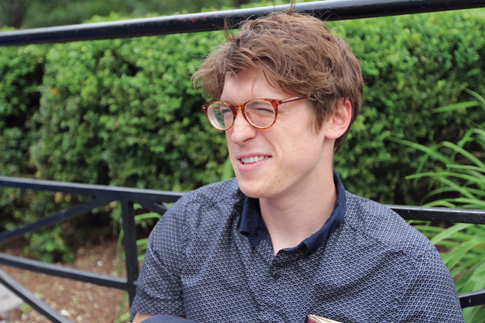 I let other people worry about climate change, I guess.

The earth only has a limited amount of resources. I don’t know if it’s a duty but throughout our history we’ve not been concerned about the environment until now.

A World Without Ice? by John Tarleton