Along a one-block stretch in the Lower East Side — Clinton Street, from Delancey to Rivington Streets — stand some of the oldest small businesses in the neighborhood. But how long will they remain?

Owners and employees of establishments along the block described to The Indypendent the radical changes they’re observing in the neighborhood: Affluent young white transplants have displaced many longtime residents in the historically immigrant-heavy district, populating formerly rent-stabilized apartments and hulking new glass tower condominiums. In doing so, they have brought with them spending tastes that spur the arrival of pricier boutiques and eateries. Their owners are willing to shell out more for rent, and landlords, true to form, are taking advantage.

New York City has not had commercial rent controls since 1963, when WWII-era regulations expired, and attempts to revive them have been unsuccessful. On Clinton Street, the effects of this policy failure are evident: new establishments now stand alongside unlit, empty storefronts emblazoned with “For Rent” signs. And those running older small business are as if under siege, fearful that they’ll be next. 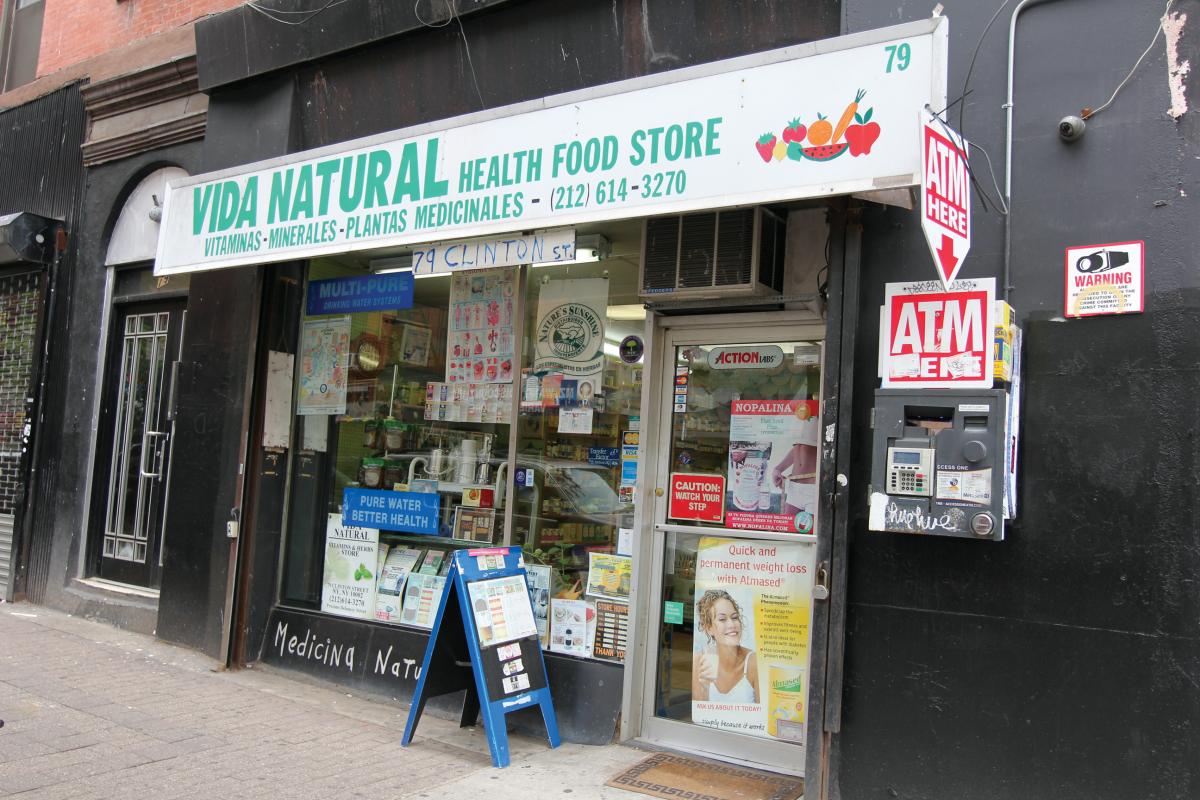 New Jersey native José Romano is one of Clinton Street’s oldest veterans. His business, Vida Natural: Health Food Store, Natural Vitamins and Herbal Nutrients, has endured for more than 19 years. A member of the Association of Latino Business Owners and Residents in the Lower East Side, Romano expresses concerns about the future of small businesses in the area and attributes the risks they face to a combination of factors: rising rents, an influx of younger residents and the power of the Internet.

The rent problem plays a big role, because, as Romano says, “Businesses don’t have protection. There’s no law.” Sometimes, he says, new landlords include a 25 to 35 percent rent increase in a lease; if it’s the same landlord, it may be only 20 to 25 percent. When Romano’s landlord changed, he got stuck with a 38 percent hike.

But rising rents are only one part of the equation. “We are losing customers,” Romano says. “The young people, when they move into the area, they don’t spend too much money here. And the Internet, they make a lot of business. Cheaper price, not good quality, and then we can’t compete with that. Not only me — everybody. 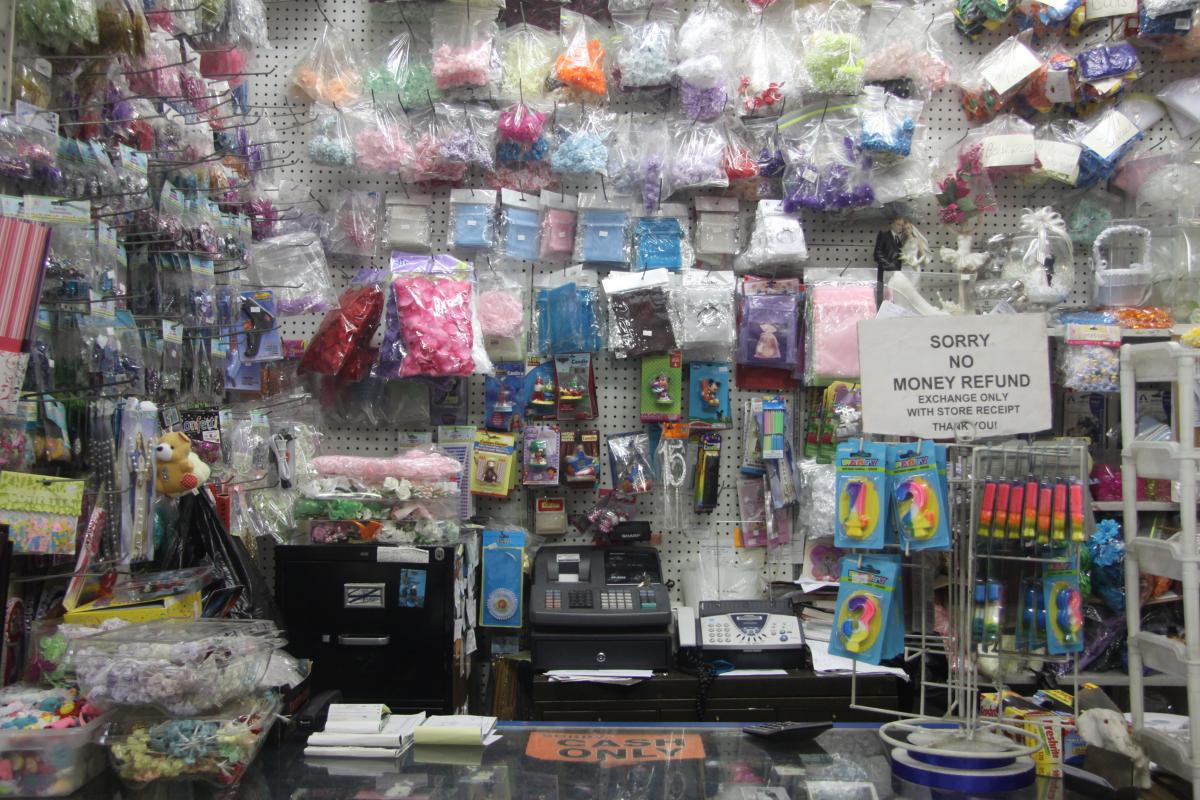 Bushwick’s Lourdes Salazar came to work at Bridal Shop Genesis Party Supplies 30 years ago, and has been the shop’s owner for 22 years. She recounts that in her time at the store, 11 other stores in the neighborhood that sold the same types of products, mainly party supplies ranging from balloons to specialized cake décor, closed.

While the shop has its loyal customers — Salazar greeted a woman who entered the store by her first name and they chatted like old friends — Salazar has noticed during her time working in the Lower East Side that a lot of the neighborhood’s businesses and residents have packed their bags and left the area. “A lot [of customers] that came regularly have left to Philadelphia, or Connecticut,” she says. 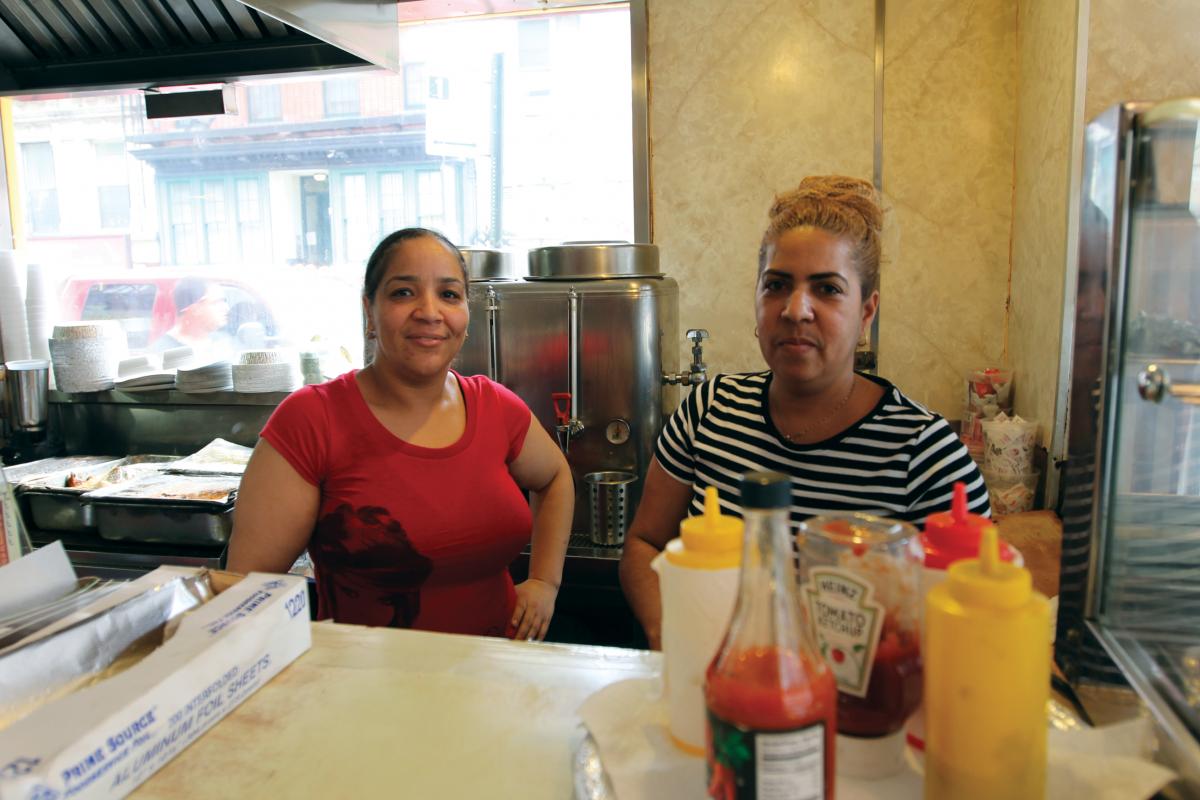 Cibao has been a mainstay of the Lower East Side for almost four decades. It’s nearly 4pm, a few hours past lunchtime, and many of the restaurant’s seats have hungry occupants. Affordable and delicious because of specialties like their “Spanish-style pepper steak” and snacks like “chicken croquetas,” Cibao might just be the oldest establishment on the block.

But despite the restaurant’s great standing in the neighborhood, waitress and cook Tina Martinez, of Washington Heights (above, at right), feels the pressures experienced by owners and workers at other small businesses in the neighborhood.

“The problem is the rent,” she says. “It’s the only problem. It’s too high. Every year, it goes higher. We started off small, I don’t know how much, but now it’s $5,000 for us. And it just keeps on increasing.” 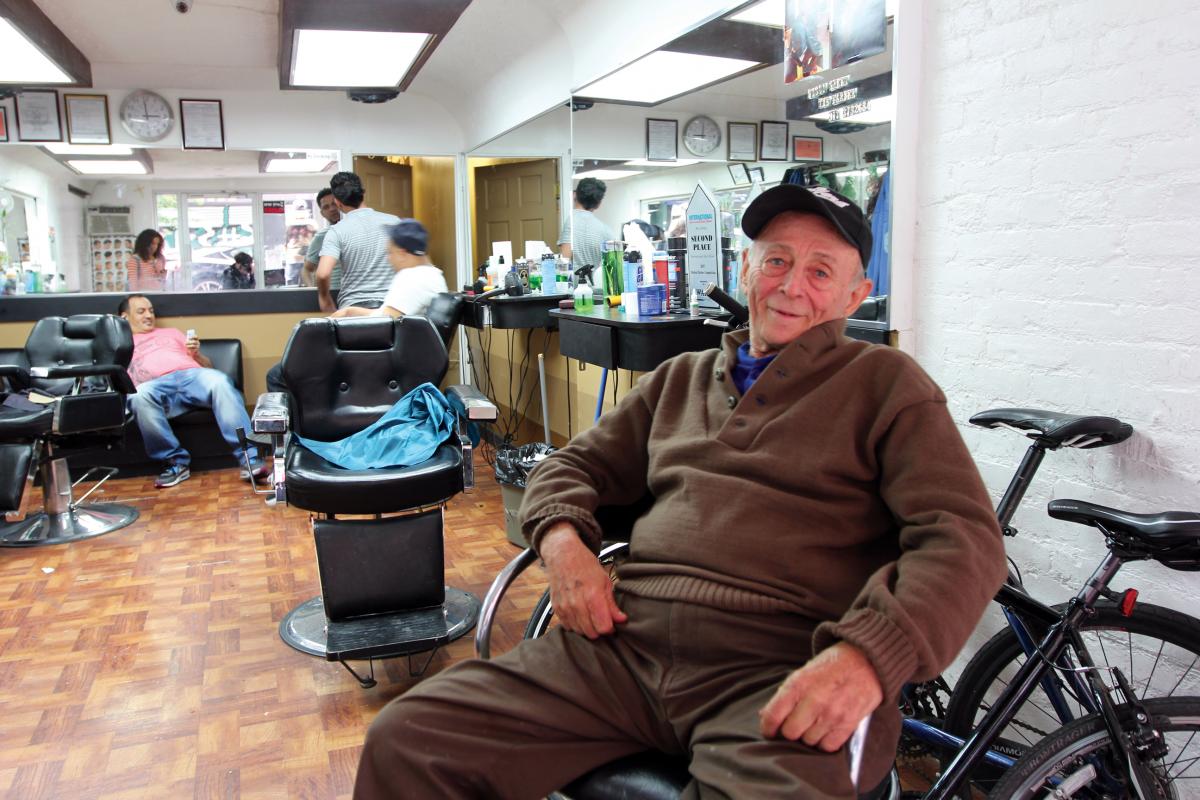 By the door of Tank’s Barber Shop sits Vietnam War veteran André Resto, the shop’s carpenter and a handyman known around the neighborhood.

“The businesses around here are really slow, you know,” he says as he swivels around on his chair, hands folded, and looks onto the street through the shop’s front windows. Over the last 10 years, he has seen the streetscape transform. “This here used to be the best street, but now, all the stores around here are down. From here to Houston [Street], you’re counting 23 stores that’ve closed.”

Resto also knows about running a small business in the Lower East Side. He had a fabric shop in the neighborhood for 48 years, but was forced to shutter it in 2008. Why? “No money,” he laments. “The problem here is the rent. Everybody’s looking for money and there’s no money.” 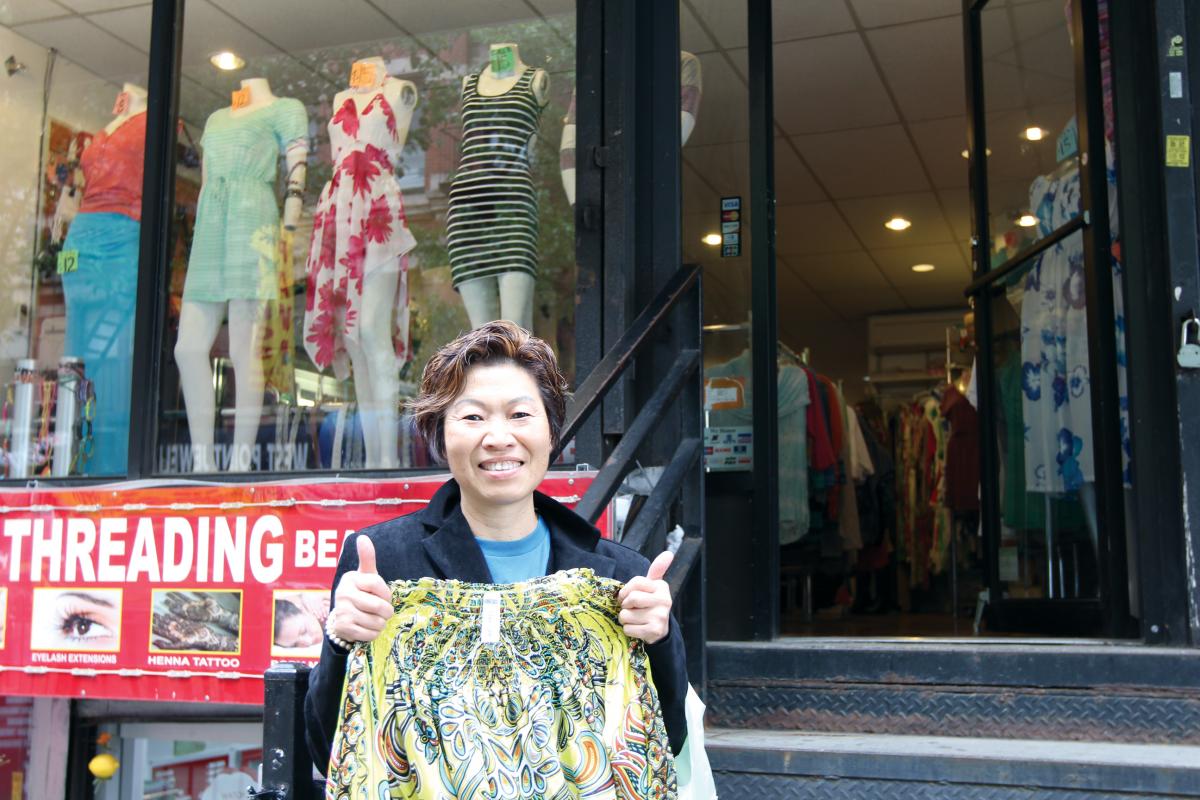 Upon first meeting, Mustafa thought we wanted to know about opening a business in the Lower East Side and offered some advice: “If you want to open a business, don’t do it. Work for someone else instead.”

Mustafa (who did not want to be photographed) is the manager at Jessy’s Shop, a clothing store at 100 Clinton Street. The store has been open for about three years, and his advice came in stark contrast to the bustle there: several customers were browsing colorful, unique and inexpensive items of clothing, and many knew him by his first name and made conversation.

Nonetheless, he’s here after having been forced to clear out of his 14th Street clothing shop due to an increase in rent. And even here, “business is bad,” he says, shaking his head. “People come back to the store because there’s nice people, good prices and good service,” he says, but he’s concerned, wistfully recalling a friend and owner of a Chinese bakery on the corner of Clinton and Rivington whose rent rose from $4,500 to $7,000 once her lease was up for renewal. That bakery is no longer there.