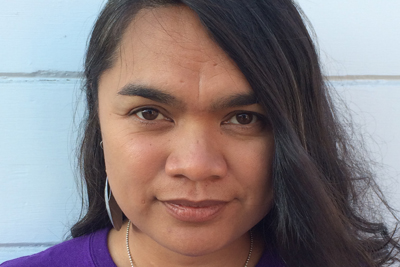 When Candice Sering stepped out of her apartment in Red Hook, Brooklyn, to assess the damage Superstorm Sandy had left behind, she was overcome with a deep sense of loss. Though her fourth-floor apartment and the restaurant where she bartended were spared the storm’s fury, the rest of her neighborhood was destroyed. “It was a graveyard site of everyone’s homes,” she said. “It was really bad.”

Sering, 37, a Queens native of Filipino parents, has slowly become acquainted with natural disasters. She spent last December in the Philippines on a recovery mission spearheaded by GABRIELA — a Filipino women’s organization that she now chairs — after Typhoon Haiyan razed part of the country with 195-mph winds. Sering was astounded by how “unprepared for climate trauma” the nation’s infrastructure was and by the unprecedented death toll left in the typhoon’s wake.

Sering believes that Red Hook’s recovery, though at times frustrating and slow, stands in stark contrast to the way Filipino communities are recuperating. Bureaucracy, politicking and corruption hinder growth in the Philippines — a poor country rich in resources that transnational corporations have depleted for profits Filipinos will never get to enjoy, Sering said. This is one of the reasons that she and a contingent of over 100 Filipinos will take to the streets on September 21.

They intend to put pressure on policy makers and on the “major players in the devastation of the global climate,” she said. “And demand stronger development of infrastructure that will protect people in the most vulnerable places.” 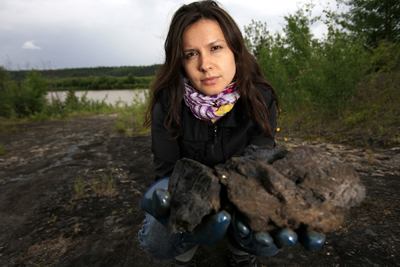 Melina Laboucan-Massimo recalls that while she was growing up in northern Alberta, Canada, the land was pristine. But that’s no longer the case. Tar sands extraction, which eats up a huge amount of land, water and energy to remove oil-filled bitumen from the ground, is destroying the boreal forests and wetlands of Alberta.

“Even just within my lifetime, the impacts have been immense,” said Laboucan-Massimo, 33, a member of the Lubicon Cree First Nation. The deforestation and air and water pollution that accompanied tar sands mining have also brought sickness to the indigenous peoples who live in the area, in the form of high rates of cancer and autoimmune and lung diseases. Laboucan-Massimo saw her both her mother and uncle diagnosed with cancer.

Laboucan-Massimo has worked for Greenpeace Canada as a tar sands and climate campaigner, and is now doing research into how First Nations peoples can adopt renewables to achieve energy sovereignty. She says that one of the biggest challenges indigenous peoples face in confronting the tar sands industry is its sheer scale: Seven major mines as big as cities and 100 smaller underground mines exist in northern Alberta, and they comprise only 2 or 3 percent of what the industry is planning.

“Many communities are being overwhelmed,” Laboucan-Massimo said.

She’ll be marching to raise awareness about their struggle. “It’s important that people see that the tar sands is the ground zero of where a lot of people’s oil will come from now and into the future if it’s not stopped,” she said. “We need to look into alternatives, so we don’t have sacrificed communities.” 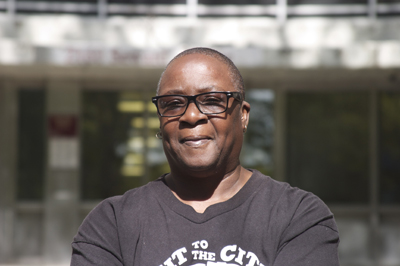 Roxanne Reid was 12 years old when she picked up a mop and began to clean the floors of the South Bronx tenement she lived in. It had been condemned and the super was left to care for the crumbling building on his own, so Reid asked how she could be of service. “That motivated me to care about where I live,” she said.

Forty-six years later, Reid continues to look after her home and community, now in Castle Hill, Bronx, where she has lived in a housing development for more than three decades. The former president of the Castle Hill Tenant Association, Reid has lobbied the New York City Housing Authority (NYCHA) for everything from elevator repairs to better street lighting.

She has worked with the community’s youth, partnering with NYCHA to get young men and women jobs renovating the housing projects and organizing a patrol of young residents to look after tenants’ safety. The result has been a somewhat safer neighborhood with the highest youth employment rate among all the housing developments, Reid said.

However, there is still much to be done, which is why she will be marching alongside Community Voices Heard (CVH) — an organization that advocates for the welfare of low-income people of color — on September 21. In New York, CVH constituents are on the frontlines of climate change. While Castle Hill Houses wasn’t affected by Sandy, public housing in several New York neighborhoods was badly hit and many residents suffered from NYCHA’s flawed handling of the aftermath. At the march, Reid will represent her chief concern, that clean, affordable and perhaps most importantly, safe housing be provided to New York’s low-income communities. 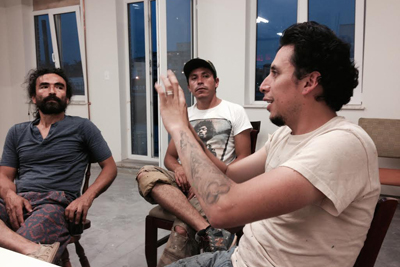 Since he immigrated to New York from his native Ecuador two and a half years ago, Raul Ayala has worked as a busboy, an art handler and a freelance muralist. In the latter job, he has produced murals for the lobbies of new luxury apartment buildings in Bushwick, a predominantly working-class Latino immigrant neighborhood that is rapidly gentrifying.

“I put the cherry on top,” Ayala said while lamenting that his work is helping to transform the neighborhood he also calls home. “Gentrification,” he added, “is all about erasing and forgetting.”

In the People’s Climate March, Ayala has found an outlet for his creative passions. He and several other immigrant artists/construction workers have formed the Ropavejeros, a working group that is helping other immigrants tell their stories of how climate change and corporate-backed free trade deals have affected their lives and, in many cases, forced them to migrate.

The Ropavejeros (a colloquial expression that alludes to street vendors who resell used clothes) use recycled construction materials in all their creations. The centerpiece of their work for the march is an interactive art piece featuring a tree and a nest mounted on an 8’ by 8’ platform pulled by a pair of bicycles. Papier-mâché birds with stories of flight and migration written on their wings will be set in flight during the march.

Ayala, 34, grew up on a farm in Ecuador. For him the climate crisis reflects our loss of connection to the natural world.

“We’re not running the show. Plants are running the show,” he explained. “They have roots. They make their own food. They teach us lessons.” He then added, “I’m worried that the ways of the earth are going to be lost.” 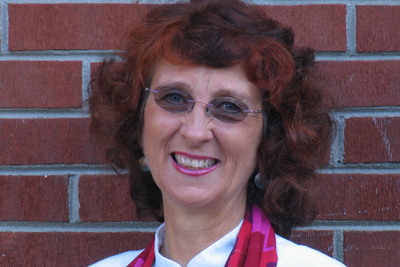 The fight against racism, inequality and environmental destruction have shaped Reverend Susan Karlson’s life and ministry. As a Unitarian Universalist minister, social justice and theology have always gone hand in hand for her. “The basis of my faith also informs how I’m called to live in the world,” she said.

She had spent most of her ministry as a champion for social causes like immigration reform until, in the early 2000s, she “got a wake up call” and realized that environmental issues are also closely related to social justice. “What we’re doing to the planet [is] disproportionately impacting people of color and people in marginalized communities,” she said.

The Unitarian Church of Staten Island served as one of the many Occupy Sandy hubs after the storm. Karlson coordinated Sandy disaster response efforts and, despite the injustice and despair people of color communities faced during that time, she said that witnessing people of all faiths and backgrounds put aside differences and join efforts relieving suffering filled her with “a feeling of hopefulness.” More and more, Karlson said, the teachings of biblically based faith organizations are shiftingtoward using the book of Genesis to promote stewardship of the earth instead of domination.

The fact that thousands will come together for the People’s Climate March to demand that public officials acknowledge the science behind climate change and hear the voices of those most vulnerable to its effects, Karlson said, is heartening. “It’s not enough,” she said. “But it’s a start.”