The Indypendent
Menu
A Free Paper for Free People
In Mexico, 43 students from the Ayotzinapa teachers college have been missing since September 26. Their disappearance has rocked the country, raising questions about deep government corruption and drug cartel violence and bringing tens of thousands into the streets to demand the students’ return and political change. On November 20, participants in 43 U.S. cities joined in a global day of solidarity with protesters in Mexico under the tagline of “#YaMeCanse,” or “Enough, I’m tired.”
In New York City, hundreds participated in the action by blockading the Mexican consulate, conducting a die-in inside Grand Central Station and holding a vigil at the United Nations. President Obama announced his executive action on immigration that same night. Many of the protesters felt that his plans were inadequate and vowed to continue protests. 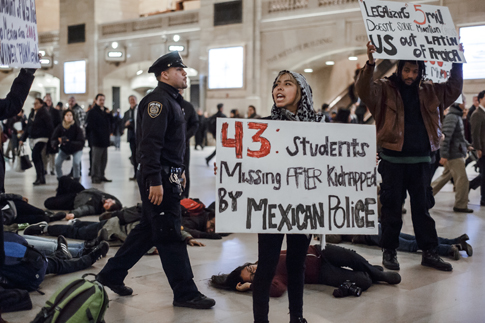 Police step in around protesters Camila Ibanez and Teddy Hughes as die-in participants lie down in the main hall of Grand Central Terminal. The protesters shouted in call-and-response, 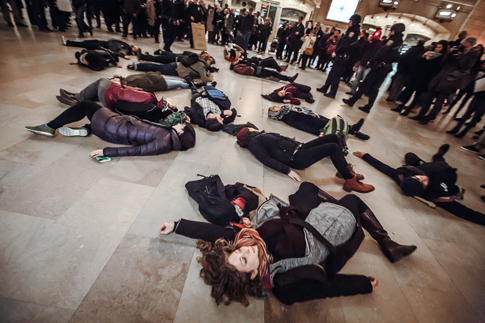 A dense crowd gathered as more than a dozen protesters staged the die-in on the floor of Grand Central Terminal's main lobby. 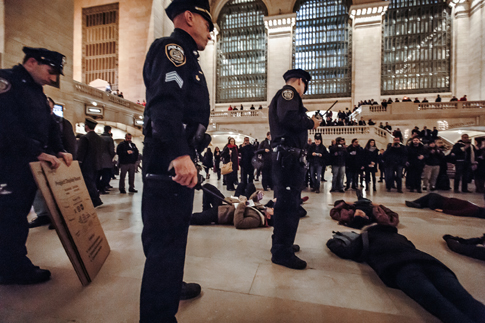 Police officers quickly took away protesters' signs and started to remove them from the space. The protesters did not resist as they were lifted up from the floor. 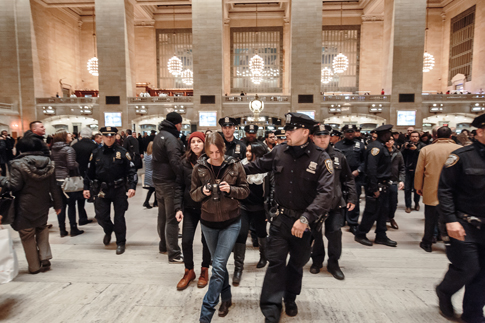 Police officers leading die-in participants out of Grand Central Terminal as they continue to chant. 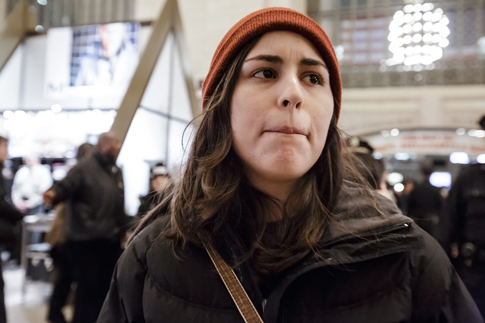 Protester Maria Marroquin looks on and shouts as die-in participants are led toward the exit. A crowd of protesters had gathered outside Grand Central to join the action but were barred from entering by police guarding the entrances. 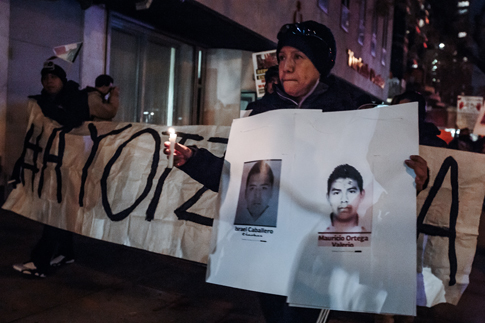 Diverted from Grand Central, protesters marched toward the United Nations to join a large group already gathered at Dag Hammarskjöld Plaza​. Like protesters in Mexico, many held signs displaying the names and faces of the 43 still missing students. 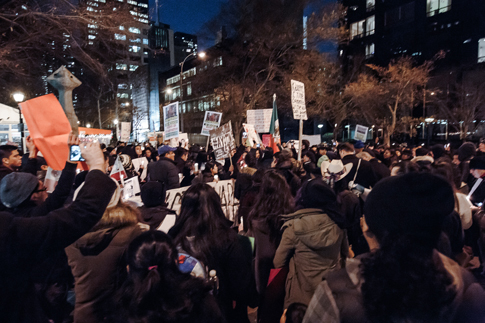 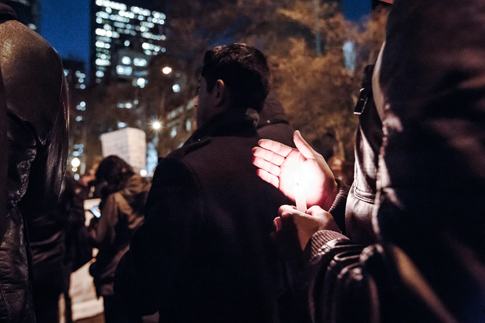 Protesters carried candles as a vigil to the missing students while they marched. 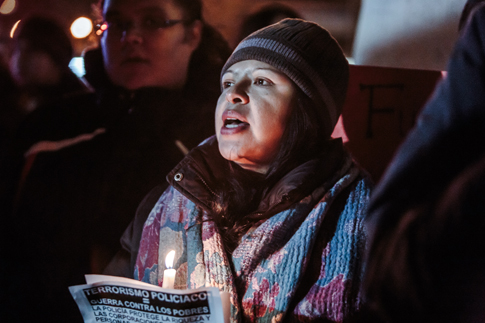 Participants, speaking spanish, count in unison to 43, the number of students who disappeared in Mexico. 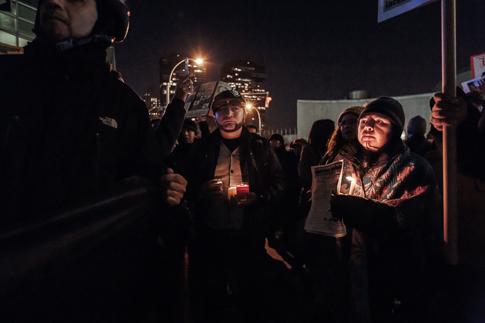 Protestors stopped in front of the Church Center for the U.N.​​ as they carried out the rest of the vigil and listened to speak-out participants. 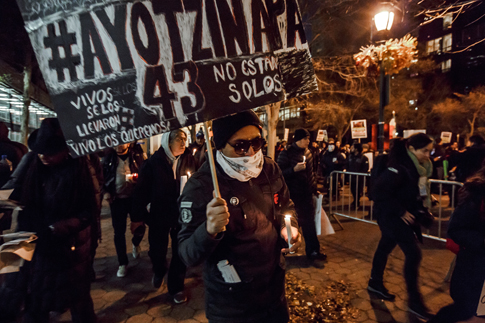 A protester carries a sign reading, "#Ayotzinapa 43 / Vivos se los llevaron, vivo los queremos / No estan solos" — "Ayotzinapa 43 / They took them alive, we want them back alive / They are not alone."

Robert Pluma is a Brooklyn-based independent documentarian, multimedia journalist and creative technologist, focused on global justice and human rights issues. In addition to freelance work, he is currently developing a still- and video-based documentary project about the injustices of the prison system and its effects on communities beyond the walls. His photography can be found here, and additional photos he took at the #YaMeCanse action here.