Check out 52 of The Indypendent’s best articles and interviews from 2014 – one for each week of the year. We’re beginning our 15th anniversary year and have lots of exciting plans in the works. But first, we need your support now. Please give $25, $50, $100, $200, $500 or more. We operate on a modest budget. Whatever you can do makes a big difference.

Thank you for your support. 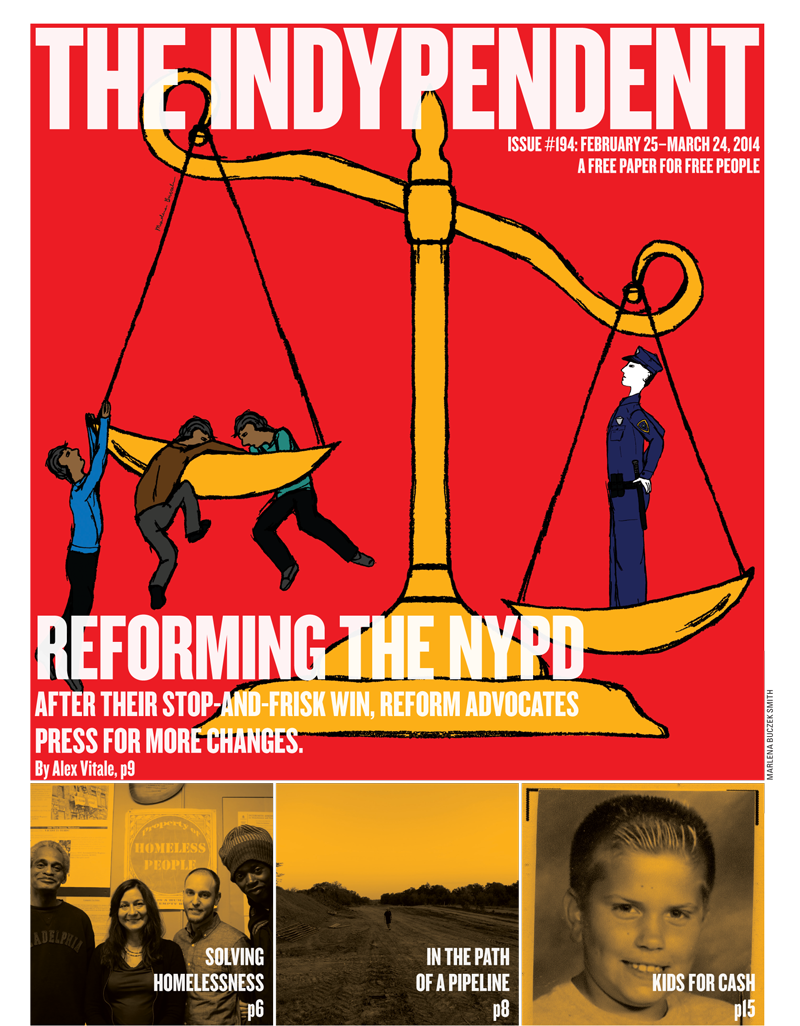 "A Tale of Two Housing Plans" by Tom Angotti 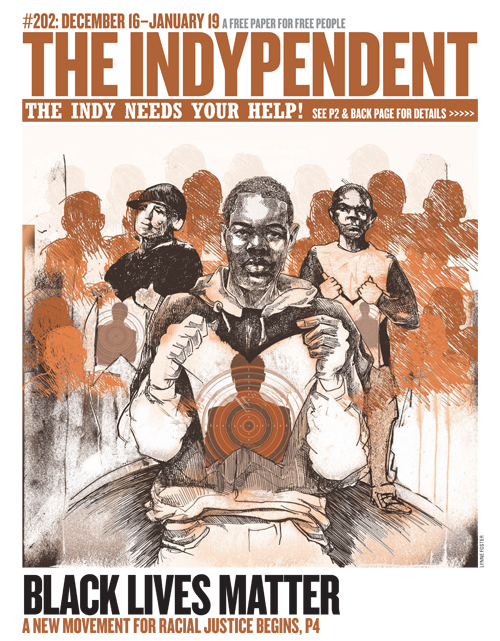 "Take the Chains Off: The Struggle for Racial Justice Continues" by Nicholas Powers

"Thousands Turn Out For Ferguson October" by Ellen Davidson

"Will New Subway Car Cameras Do More Harm Than Good?" by Rebeca Ibarra 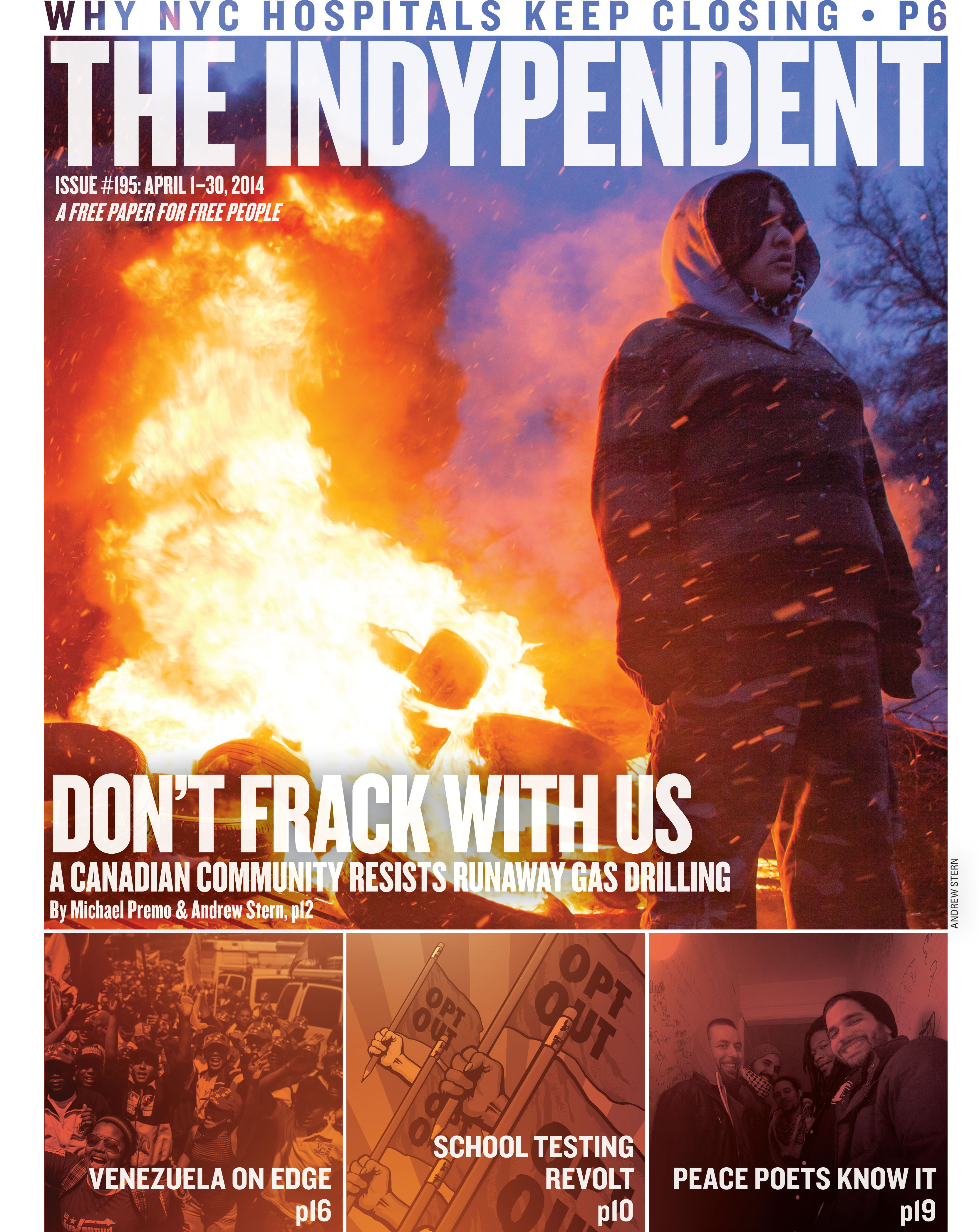 "Learning Lessons for Next Keystone XL Battle" by Peter Rugh

"Mayday for the Planet: Climate Change Resistance in Bushwick" by John Tarleton

"Step Up New York! Sept. 21 Is a Day for NYCers To Be Heard" by Bill McKibben

"Why We March: Five Individuals Share Their Stories" by Rebeca Ibarra & Alina Mogilyanskaya

"Greening the Union Label: Zero Carbon Future Could Be a Jobs Bonanza" by Steven Wishnia

"My Night In Jail With Flood Wall Street" by John Tarleton 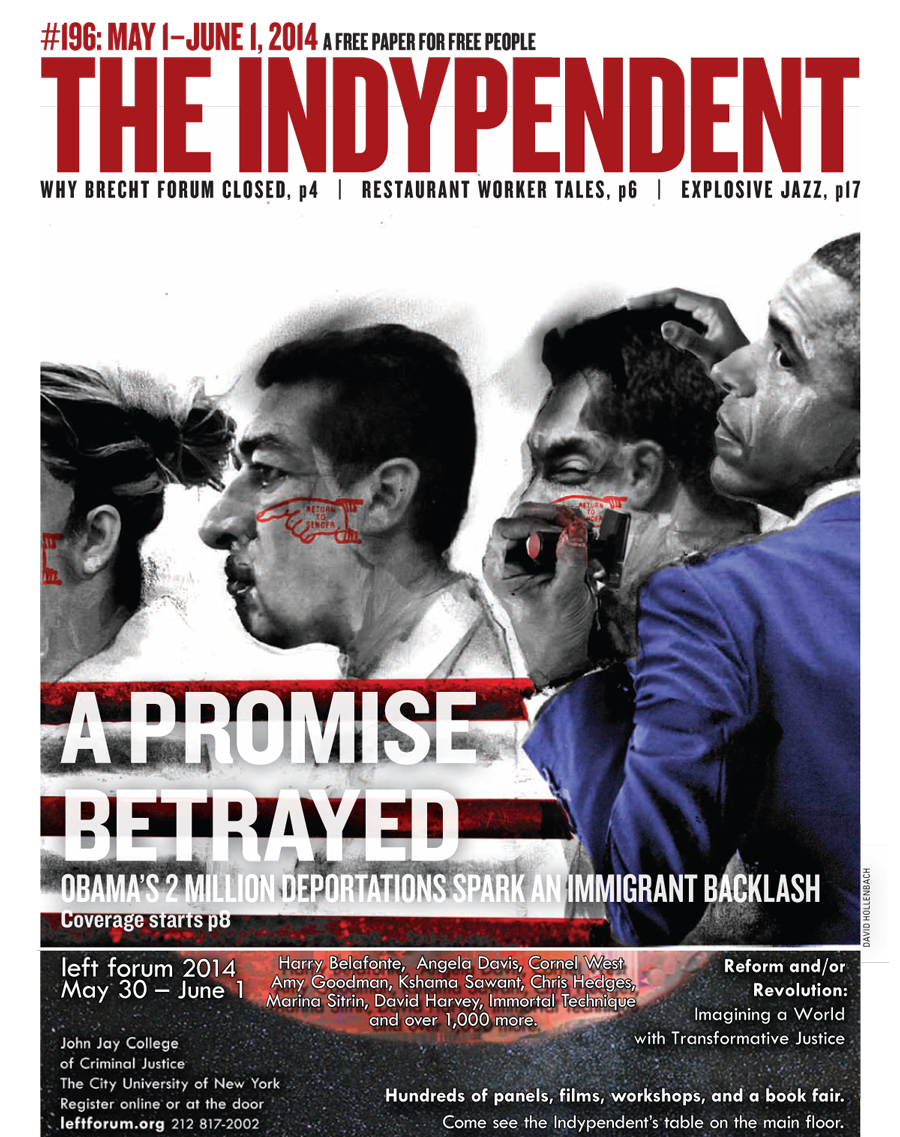 "When Tips Are Not Enough" by Eleanor J. Bader

"Sanitation Workers: You Gotta Love Them" by Michael Hirsch 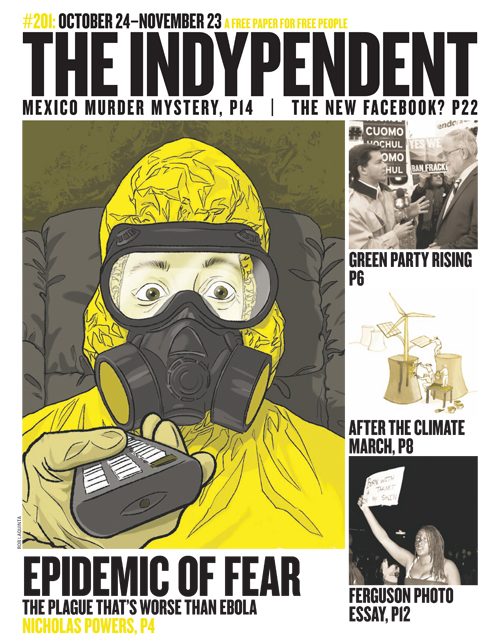 "An Educator in Charge: Can Carmen Fariña 'Put the Joy' Back in Education?" by Brian Jones

"The Common Core and Its Discontents" by Owen Davis

"Tested by Language" by Emily Giles and Rosie Frascella 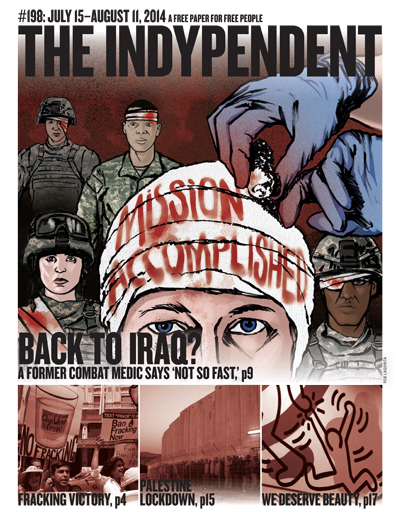 "Fear Factor: Ebola and the Politics of Paranoia" by Nicholas Powers 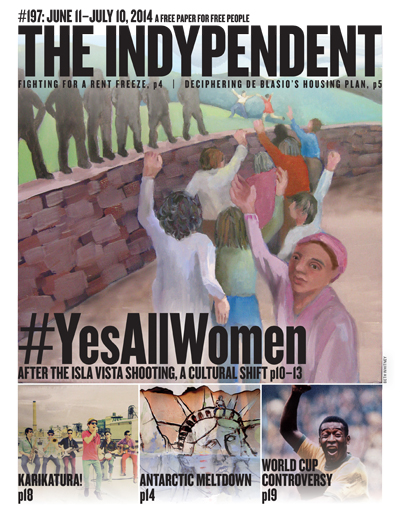 "Now All Men" by Nicholas Powers

"The Power of Queer Books" by Jessica Max Stein 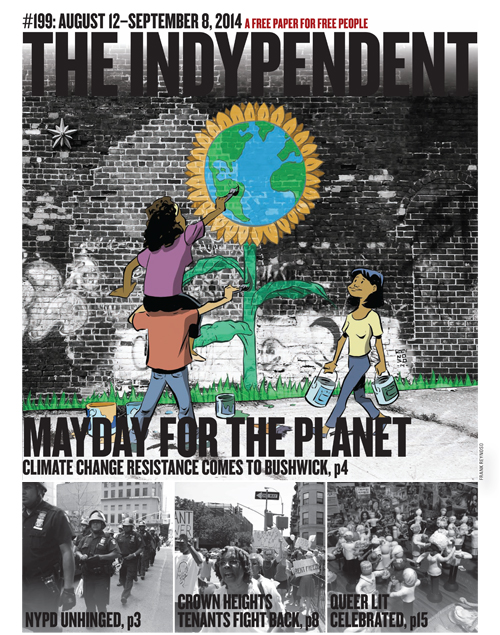 "Why I Yelled at the Kara Walker Exhibition" by Nicholas Powers

"All the Parking Lot Is a Stage: Shakespeare in the LES" by Ashley Marinaccio