When discussing how to improve public education, Governor Andrew Cuomo likes to complain about how difficult it is to fire “bad teachers” and the need to reduce job security for classroom educators. He is not alone in this. The Partnership for Educational Justice, a well-funded nonprofit fronted by former CNN host Campbell Brown, is pursuing a lawsuit in a Staten Island court that seeks to scrap teacher tenure protections. Both New York City tabloids, meanwhile, never miss a chance to promote a lurid teacher sex scandal and then denounce the teachers union for protecting the right of the accused to a fair hearing.

But what if the real teaching crisis in New York is not the inability to get rid of bad teachers, but the failure to keep experienced and highly capable teachers and allow them to do their jobs?

Take Michelle Baptiste. A teacher at an elementary school in Flatbush, Brooklyn, with 22 years of experience, Baptiste, 47, has watched with dismay in recent years as standardized testing has taken on an increasingly central role in her classroom. Long gone are the early years of her career when she was allowed to creatively respond to her mostly Black and Latino students’ needs and interests and teach them culturally relevant lessons.

Starting in third grade, students at Baptiste’s school are deluged with a battery of federal and state tests, periodic assessment tests, practice tests to be taken in preparation for the real tests and field tests that are carried out to help test manufacturers develop questions for future tests. In addition to preparing lesson plans and grading homework and tests, teachers are expected to log their students’ various test results into Excel spreadsheets.

When Baptiste was slow to fill in a spreadsheet for a test she administered in the fall of 2012, she says her principal put a letter in her personnel file and later gave her an Unsatisfactory (or “U”) rating on an observation report.

Baptiste told The Indypendent she had been too busy meeting during after-school hours with the families of troubled children in her class — including some who did not have stable housing — to keep on schedule with entering data, which she described as “garbage.” Still, she recognizes her actions put her career in peril.

“If you get enough of these letters in your file, you can be brought up on charges of incompetence and you can lose your livelihood,” said Baptiste. She has switched to teaching second grade, where students are tested less frequently.

For Angela — a Brooklyn middle school teacher of more than 10 years who did not wish to be identified by her real name because she feared retaliation — work became hellish when her school’s inexperienced young principal took to berating both students and teachers in the school’s hallways for their allegedly poor performances.

“She would tell teachers they didn’t know what they were doing, and then turn to students letting them know they were going to get someone ‘better,’” Angela said. The constant abuse, she added, drove many of the school’s teachers to psychological collapse and even suicidal thoughts. She later transferred to another school.

Teacher anxiety and stress became widespread during the administration of business mogul-turned-mayor Michael Bloomberg. Principals were freed from traditional oversight by district superintendents and elevated to CEO-like status at their schools. In return for greater autonomy in budgeting and hiring, principals were expected to deliver higher standardized test scores or risk losing their jobs and having their schools closed. Utilizing high-pressure tactics against teachers became an expected practice. Yet, many principals who had come up through the teaching ranks and believed in a more collegial approach to running their schools initially balked at implementing practices that were lifted straight from the corporate world.

In 2004 Schools Chancellor Joel Klein founded the New York City Leadership Academy, which recruited ambitious young teachers who had little or no connection to traditional educational practices and trained them to be principals in the Bloomberg image. From the start, business leaders, not career educators, ran the Leadership Academy. One “instructor” at the Academy, for instance, was former General Electric CEO Jack Welch, who earned his corporate management fame by creating systems for identifying and firing the bottom 10 percent of his managers annually.

The Leadership Academy drastically reconfigured the city’s education landscape. Today, its graduates, comprising roughly one in six city principals, are widely feared by teachers as some of the most demanding and least knowledgeable supervisors one could have the misfortune of working under. Mayor Bill de Blasio’s Schools Chancellor Carmen Fariña has modified Klein’s approach, requiring administrators to gain seven years  of experience before becoming eligible to become a principal. Yet for many teachers, the damage has already been done.

“I have never met a compassionate assistant principal or an intelligent principal,” says Tanya Thurman, who spent eight years teaching in several city high schools. She quit her job last fall, exhausted by the constant emotional abuse, sexual harassment and incompetence with which unchecked administrators treated her. 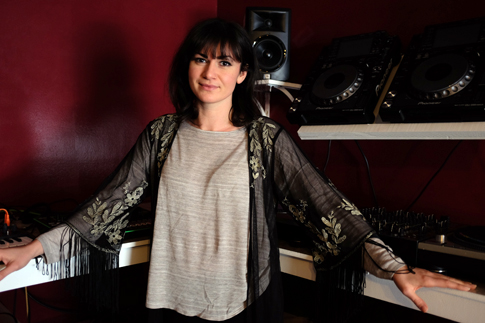 “My assistant principal was absolutely disgusting. I walked in on him cornering a special education teacher in the library,” Thurman told The Indypendent. “He would even eye students who came into his office. I started encouraging teachers, who started coming to me, that I could be a witness for them, but as a young teacher there’s so many fears, not just sexual harassment.”

Thurman now works as an editor at McGraw-Hill Education and deejays in New York’s thriving underground dance music scene. She says she has no desire to teach again.

Her departure reflects a larger trend. According to a 2014 report by the United Federation of Teachers, 32,000 teachers have left city schools to take their talents elsewhere or have exited the profession altogether since 2002. Among mid-career teachers with six to 15 years of experience, the number of resignations per year leapt from 500 to 900 between 2008 and 2013.

To Weiner, the exodus of experienced teachers is not an accident but part of a larger drive by policymakers to transform teaching into a deskilled, low-wage job performed mostly by middle-class whites for a few years after college before moving on to other work.

“There’s a long-term commitment to alter who teaches and how long they teach,” Weiner said. “If they [policymakers] wanted teaching to be a career, they wouldn’t be attacking the pensions.”

Meanwhile, experienced people of color educators like Baptiste and Angela find themselves in an increasingly difficult situation. According to the New York City Department of Education, whites make up 15 percent of students and 59 percent of teachers while Blacks and Latinos make up 68 percent of students but only 34 percent of the teaching force. The skewed racial composition of the city’s public school teachers is also reflected in hiring practices. In 2000-2001, the number of new hires by race were 53 percent white, 27 percent Black and 16 percent Latino, according to the Independent Budget Office. By 2011-2013, those numbers were 68, 11 and 14 percent, respectively.

During the Bloomberg administration, more than 140 schools were closed, mostly in economically disadvantaged neighborhoods where experienced Black teachers were most heavily concentrated. Scores of schools were also required to share their space with privately run charter schools whose teachers tend to be young, white and non-unionized.

“Ten years ago, 90 percent of the teachers at my school were teachers of color,” Baptiste noted. “Now maybe half the teachers, mostly from the charter school in the building, are white.”

Similar developments have unfolded in a number of big cities, including Philadelphia, New Orleans, Chicago and Washington, D.C., where large numbers of inner city school closings have thinned the ranks of people of color teachers whose tenure protections are of little use under such circumstances

“In every case Black teachers are caught in the crossfire, as they tend to be heavily concentrated in schools with predominantly Black student bodies,” education reporter and parent activist Melinda Anderson wrote in Ebony last year.

Andre Perry, the dean of urban education at Davenport University in Grand Rapids, Michigan, has concluded that the nationwide attack on teacher tenure is “actually an attack on black professionals” who have accrued decades of pension and health care benefits, not to mention salaries that supersede the de facto racism of the labor market.

In replacing veteran educators with inexperienced graduates from elite universities, as seen in programs like Teach for America, policymakers save millions while relying on racist tropes of veteran public sector workers as incompetent and lazy to justify their dismissals.

“Education reformers stigmatize these veteran teachers in the press, jostle them from school to school, so that they can replace them with 24-year-olds fresh from college,” said Bronx  ESL teacher Aixa Rodriguez. 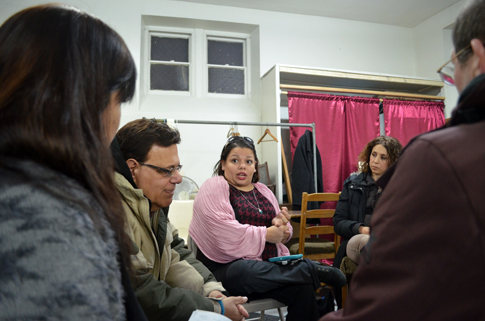 While there are outstanding teachers of all races, students of color suffer when they have few instructors who look like them and who can be role models for achieving success.

“The principals,” Weiner said, “who are mostly young white males, don’t value what these teachers bring — their relationships in the community and their understanding of the issues their students face.”

The same could be said of Governor Cuomo and his headline-grabbing plan to create a tougher teacher evaluation process. Under Cuomo’s proposal, 50 percent of a teacher’s rating would be based on state test scores (as opposed to the current 20 percent), 35 percent would be based on a one-day visit by an “independent outside observer”) and 15 percent by a principal or assistant principals. Some version of Cuomo’s proposal could be enacted by the March 31 deadline for completing the state’s annual budget.

“People of color teachers are going to be the first ones he comes after,” Baptiste said. “It’s hard to move the needle, especially when you don’t get any funding and support.”

Education as a Commodity: Chile Seeks to Break with a Dictator’s Legacy
By Emily Achtenberg