Protesters gathered on 5th Avenue in Bay Shore, Long Island on April 12 to mark the 7th anniversary of the police killing of Kenny Lazo, who was beaten to death by the Suffolk County Police Department in 2008.

Lazo's death was ruled a homicide by the Suffolk County Medical Examiner shortly after his death. The family of Lazo also raised their own money to get an independent autopsy which revealed that Lazo was face down and handcuffed when he was beaten. This report showed evidence of lacerations, bite marks, his tongue nearly split in half, and that he had a cardiac arrest during the beating. There was a grand jury but neither the medical examination report nor the autopsy report was presented and the officers involved were not indicted. 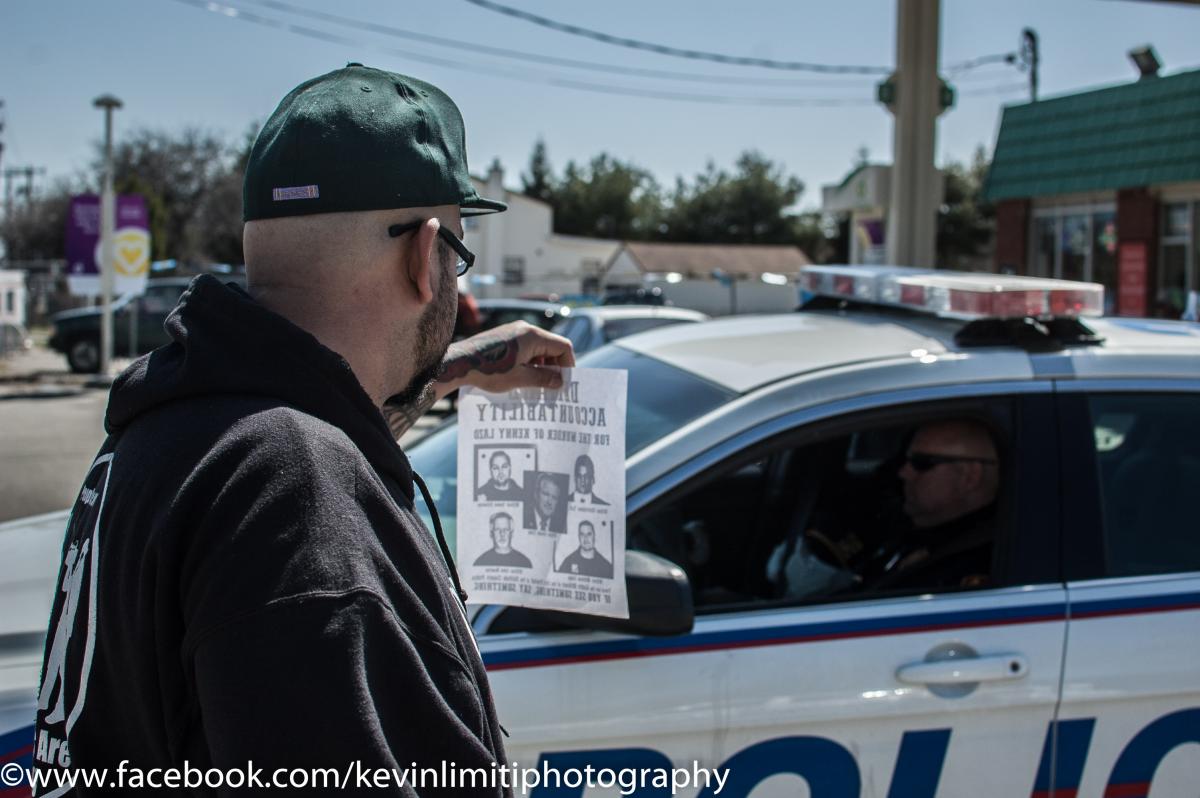 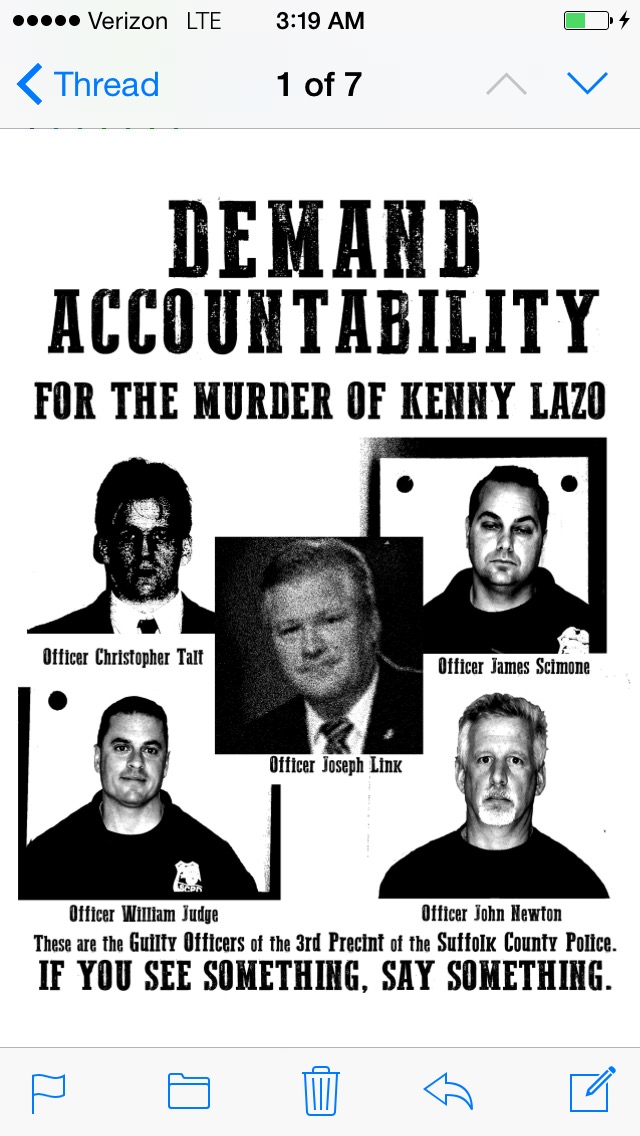 A half hour before protests arrived, a black armored vehicle was driving down 5th avenue. Police also took photographs from nearby rooftops. Traffic lights were disabled, according to protesters, because they had handed out flyers to those who stopped at red lights during last year's commemoration of Lazo's killing.

Many of those who came out were family members of Kenny Lazo and other victims of police violence.

A representative of the Suffolk County PD, who wanted to remain anonymous, justified the surveillance by citing the NYPD's tactics against Black Lives Matter protests in NYC.

Suffolk County PD's version of events says that Lazo was pulled over on the Southern State Parkway and that he elbowed a cop and ran. According to the arresting officers, they struck him flashlights to control him. He died later at Southside Hospital.

Suffolk County Police Commissioner Richard Dormer said at the time that the word "homicide" was a very broad definition. "I think it should be made very clear that homicide is not murder."

The arresting officers in this case are still patrolling Suffolk County.

Taking the Chains Off: The Struggle for Racial Justice Continues by Nicholas Powers

What the NYPD Slowdown Revealed by Aaron Miguel Cantu

The Origins of Modern Policing by Sam Mitrani