Never mind the chaos in Albany over the federal corruption charges against Assembly Speaker Sheldon Silver and Senate Majority Leader Dean Skelos, there are some New York lawmakers getting arrested for a good cause.

Below are photos from Wednesday's demonstration in Albany, where almost a dozen city and state politicians were arrested during a sit-in outside Governor Andrew Cuomo's office. They joined New York City tenants in demanding the repeal of deregulation laws. The protest was urgently needed: The rent laws expire in less than two weeks and Governor Cuomo has signaled that he will not push for reforms to better protect tenants from New York's rampaging real estate market.
To learn more about Wednesday's protest, read the full story here.
Photos by Alex Ellefson 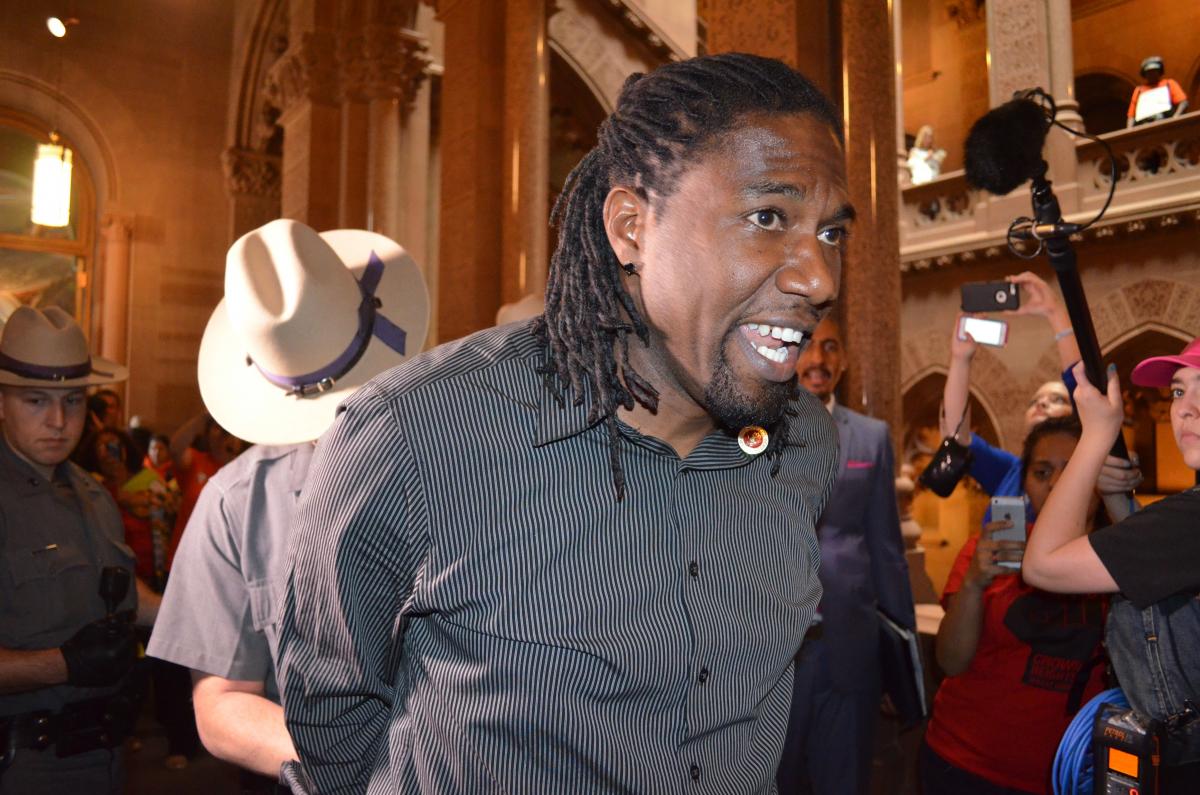 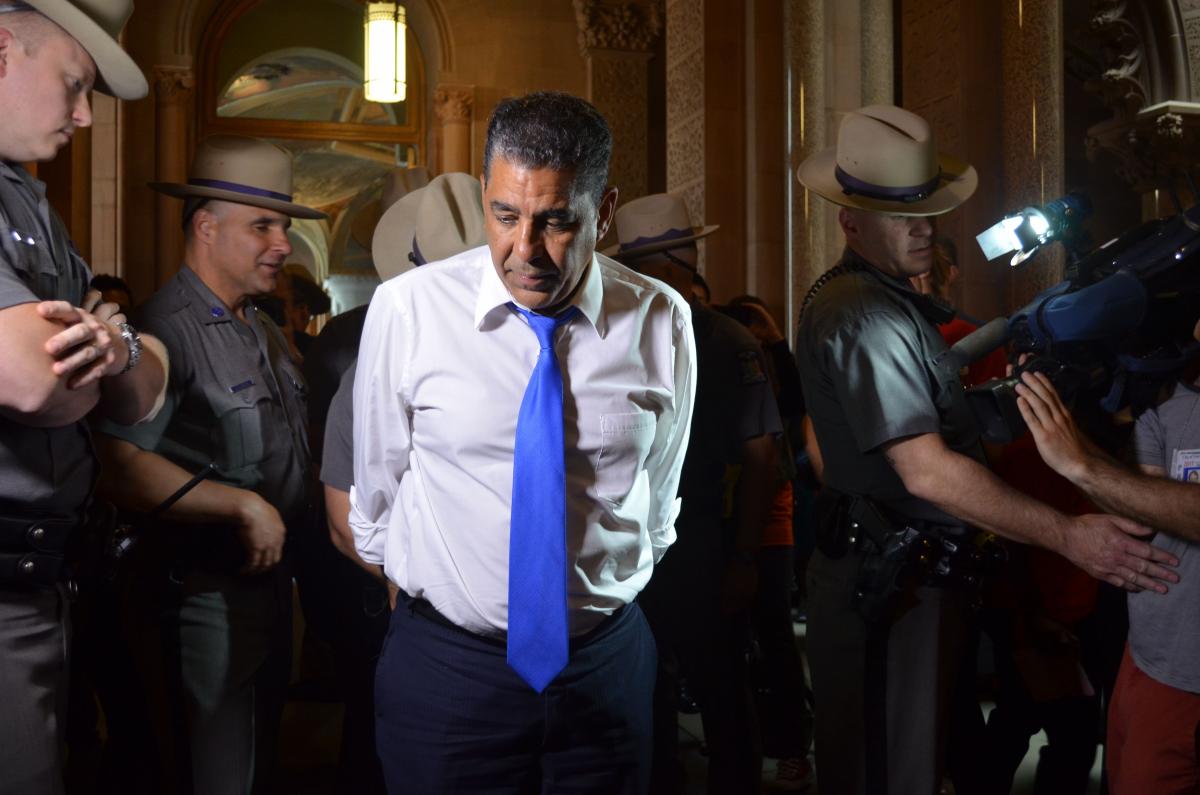 New York State Senator Adriano Espaillat said "we are at a crossroads for the survival of the soul of New York City." 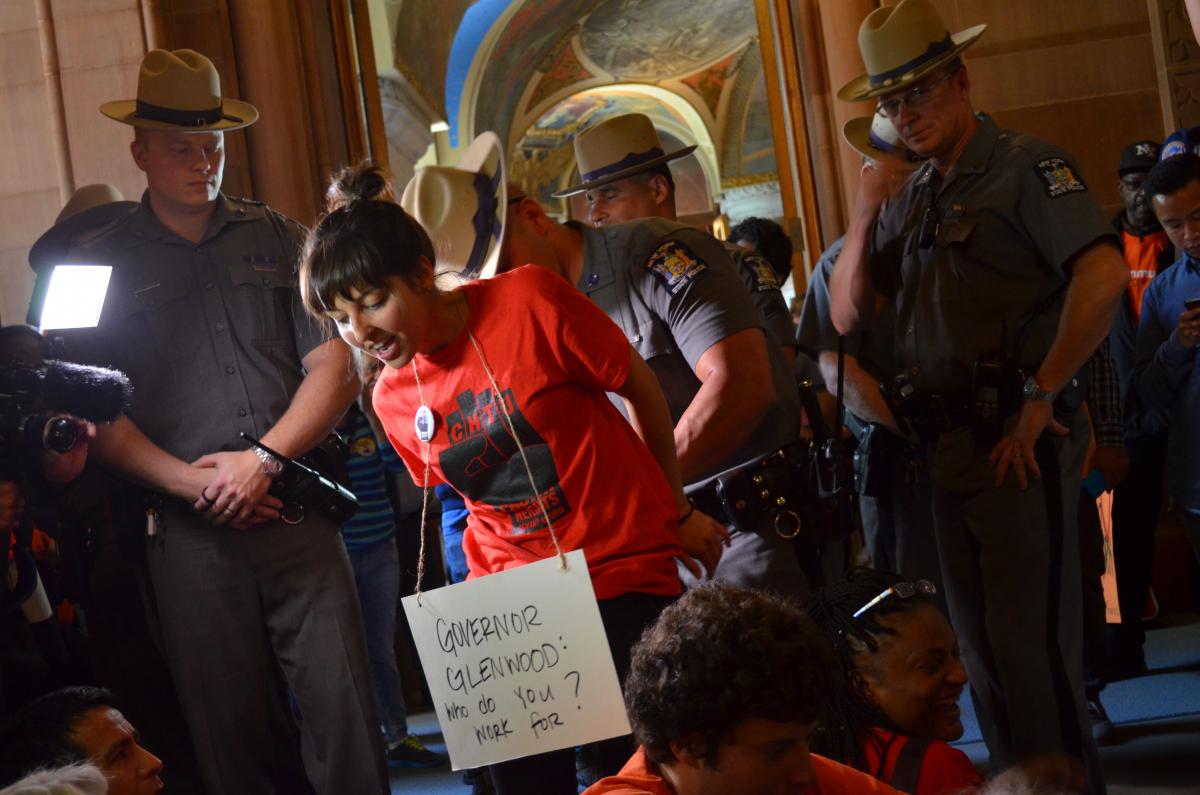 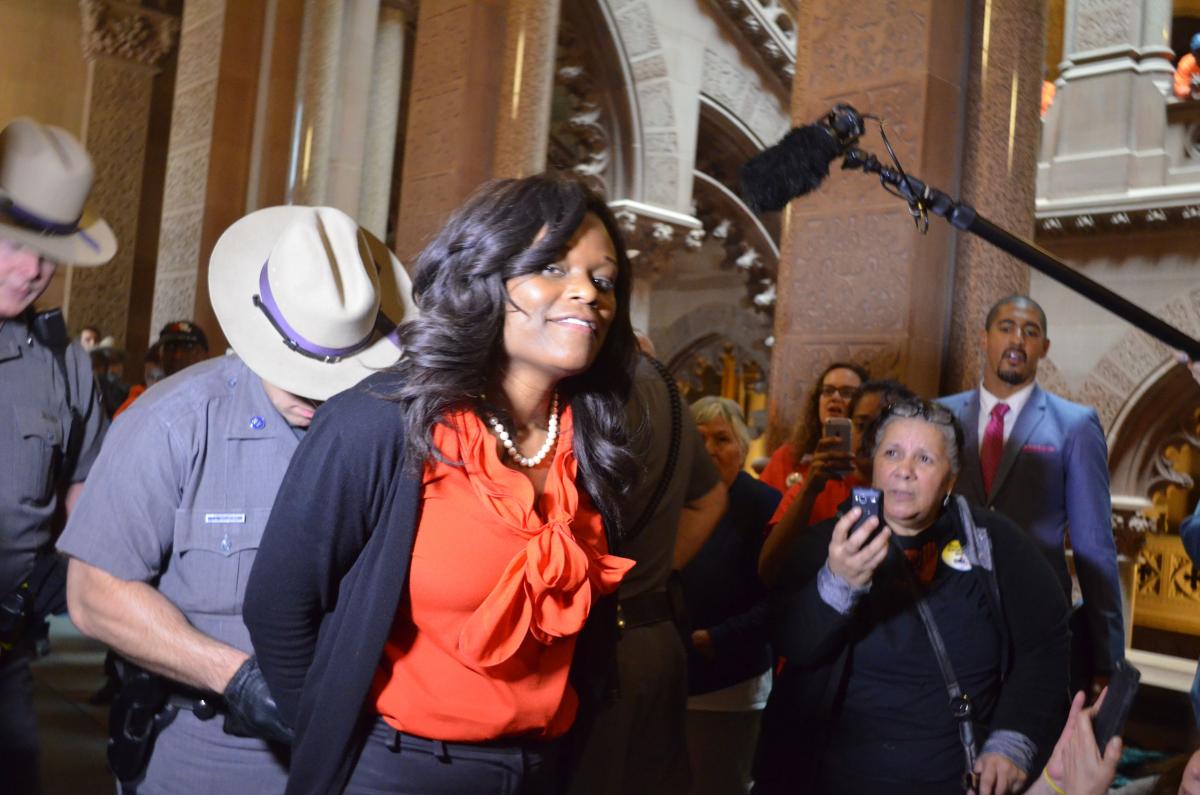 "New York City is going through a crisis. We cannot continue to let landlords push us out onto the streets," said New York State Assemblywoman Rodneyse Bichotte. 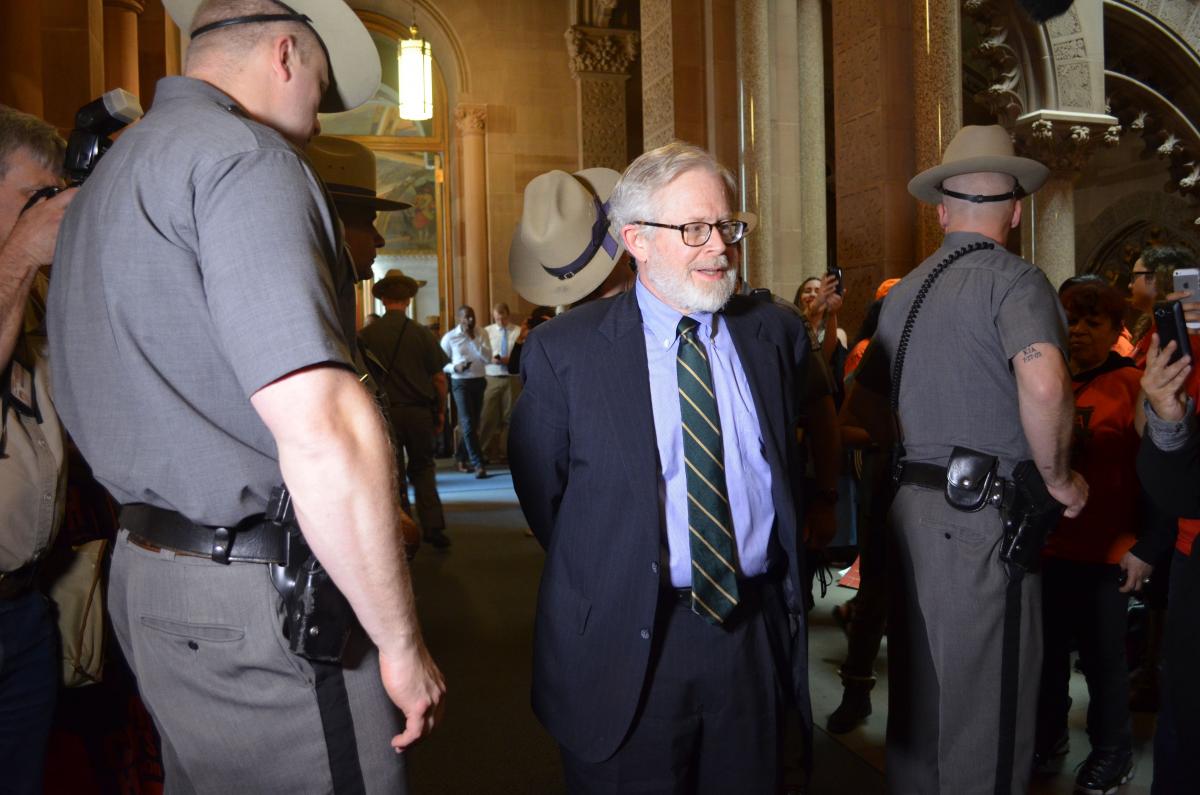 “Affordable housing in New York is a bucket with an enormous hole in it. And that hole is vacancy decontrol,” said New York State Assemblyman Dick Gottfreid. 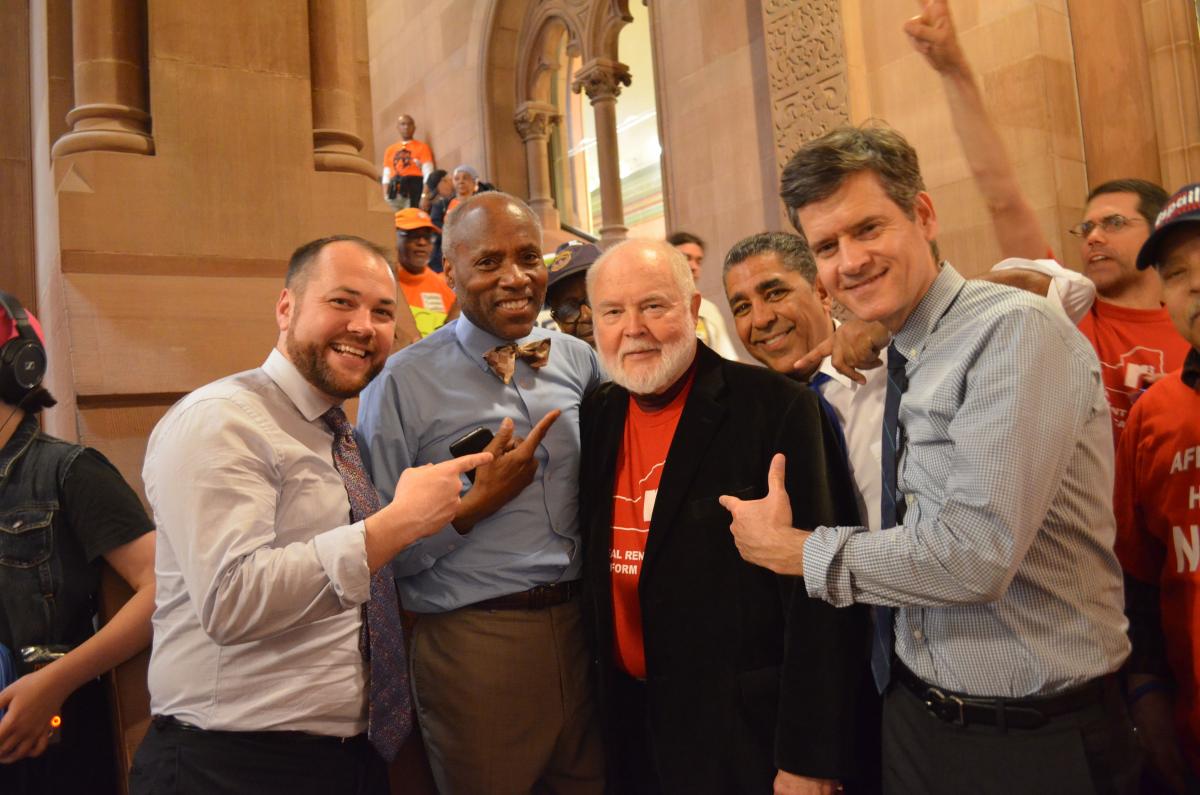 City Councilman Corey Johnson and Senators Bill Perkins and Brad Holyman posing with longtime activist and Tenants PAC treasurer Michael McKee. Some of the lawmakers shouted that McKee was a "legend" during his arrest. 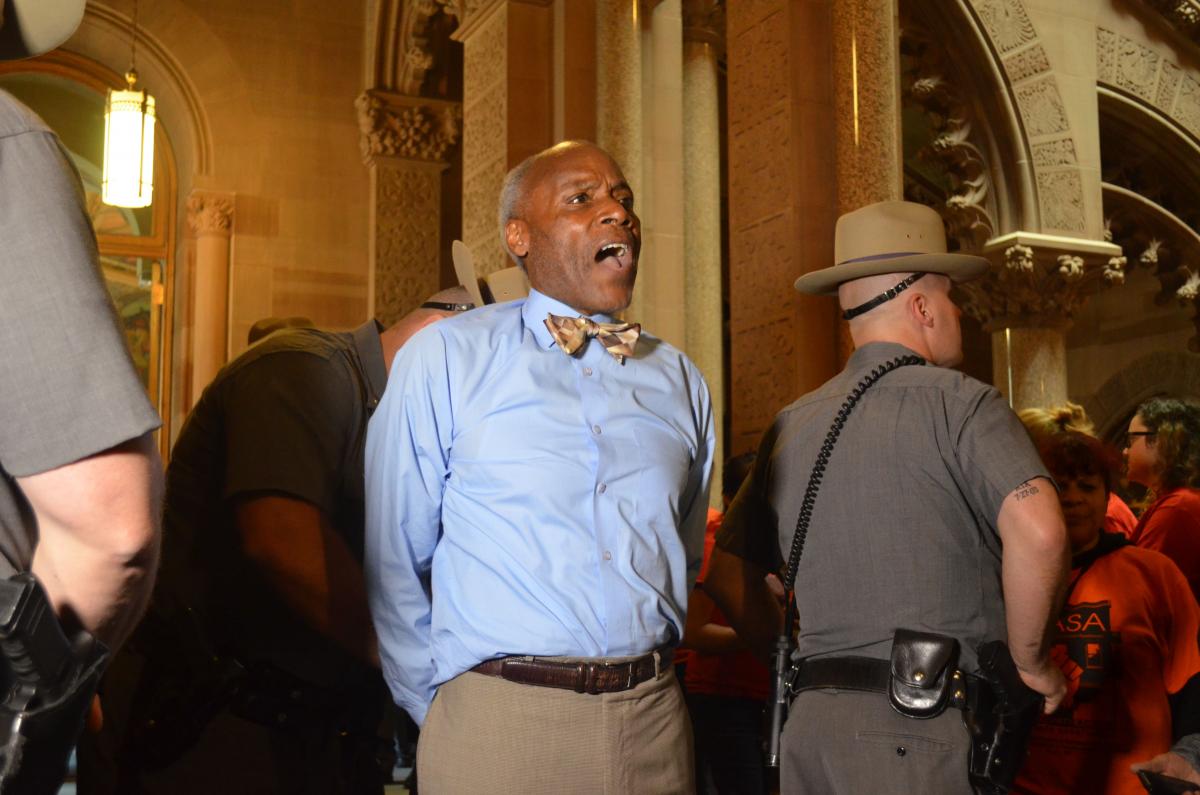 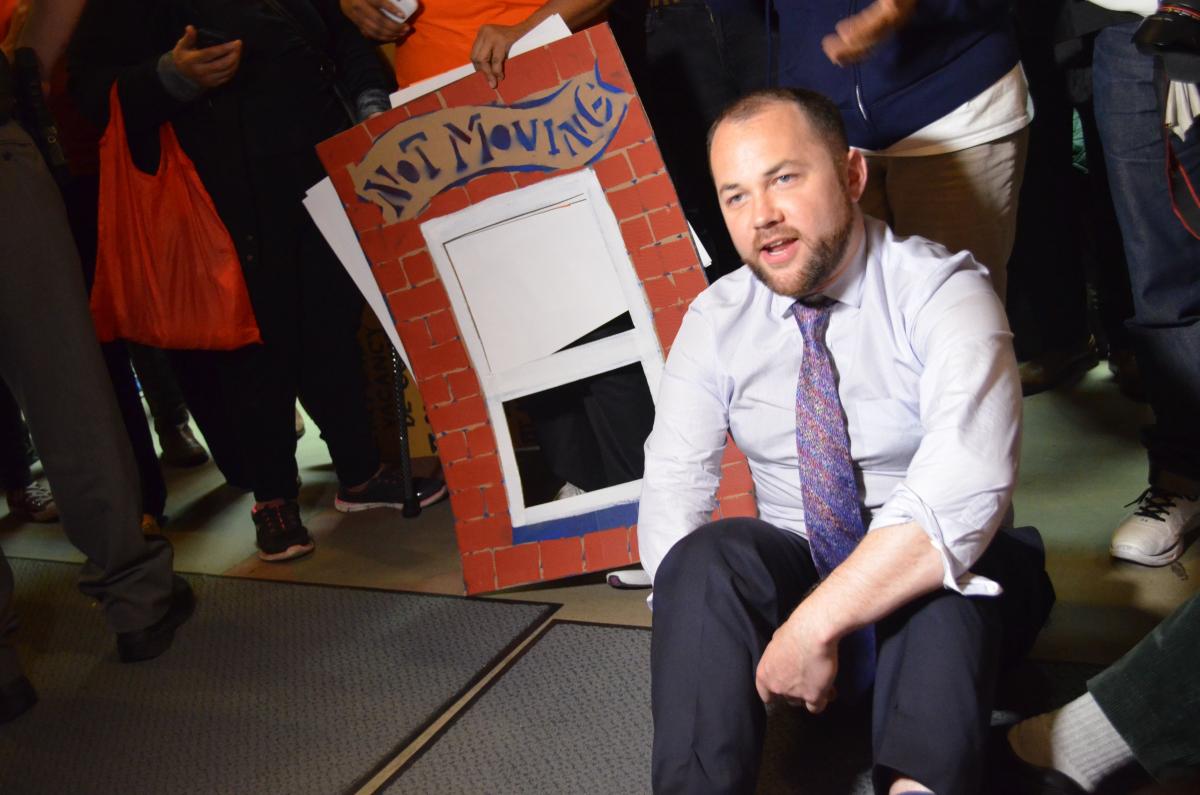 "Our political system is awash with real estate money. They may have the money, but we have the people," said New York City Councilman Corey Johnson. 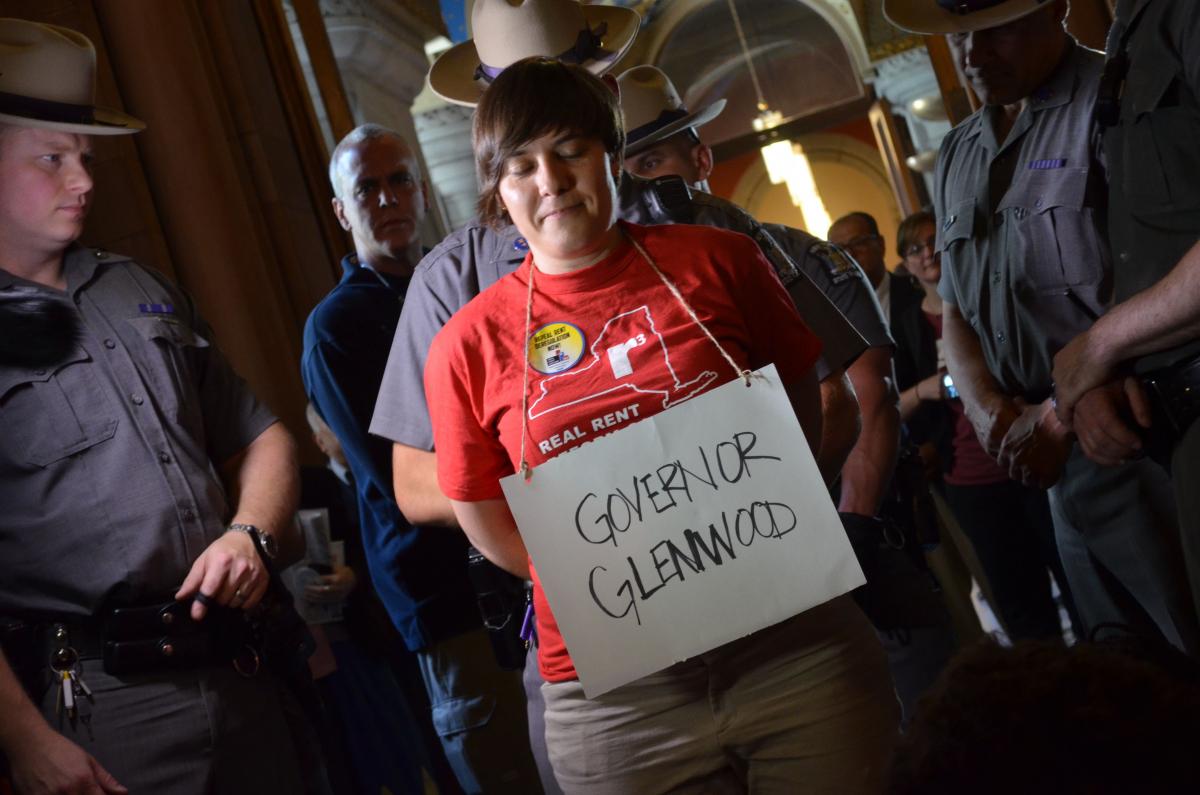 Organizers from the Metropolitan Council on Housing were among those arrested on Wednesday. 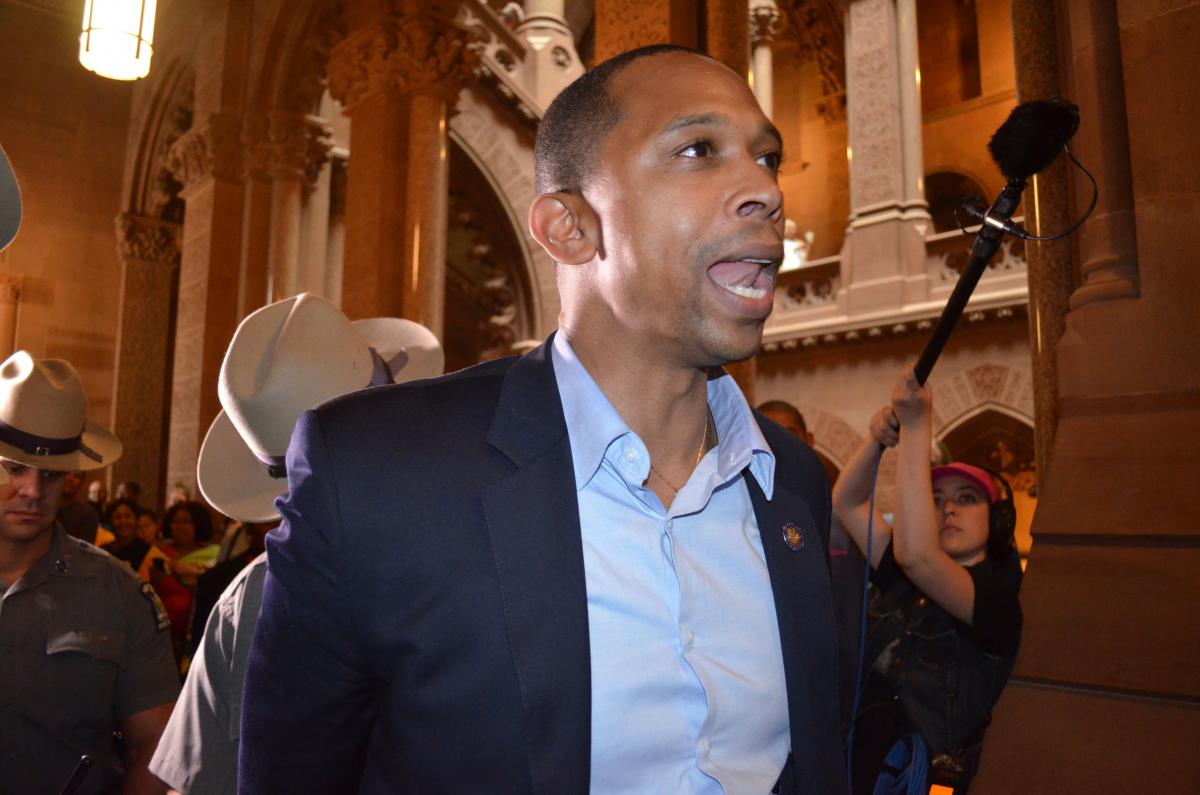 New York State Assemblyman Walter Mosley: "We are about to go to war. But this is a war for for our children and our seniors and our communities." 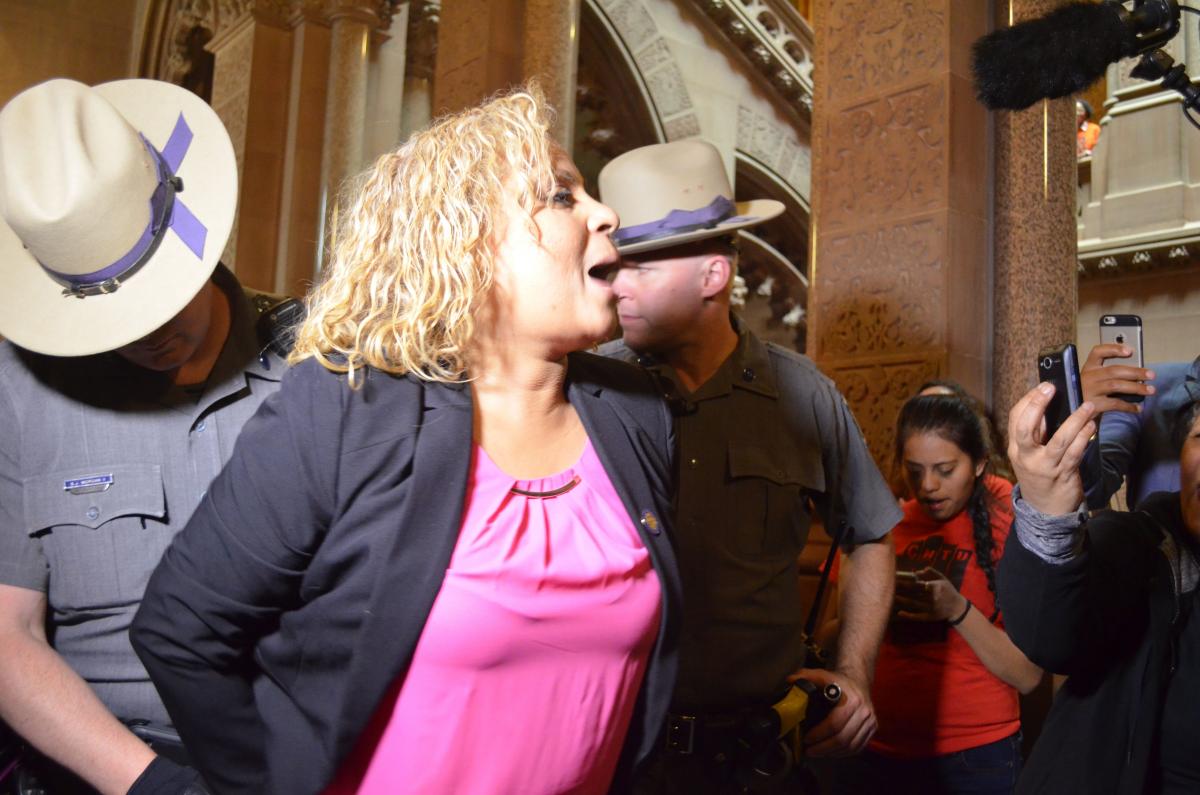 "My mother told me if you ever get arrested, make sure its about your kids or make sure it's for a good cause. And today is the day that I choose to get arrested because this about my children and grandchildren, and yours," said New York State Assemblywoman Maritza Davila. 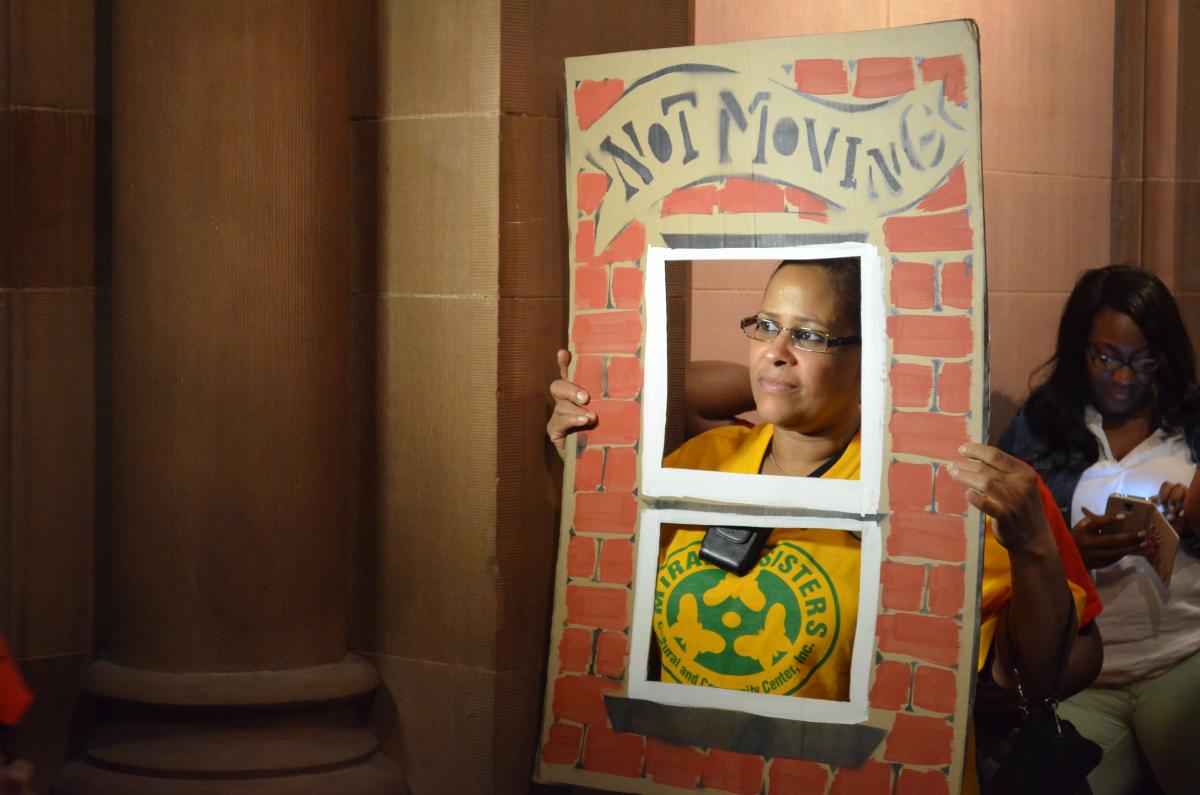 Protestors said that extending the current rent regulations would be a win for predatory landlords, who are exploiting loopholes to drive tenants out of their homes.