In Spain, the government’s economic austerity policies have contributed to an unemployment rate of 23 percent, mass home foreclosures and evictions and a deep distrust of an entrenched political class. It has also inspired the rise of a new generation of leftist politicians who are shaking up Spain’s political landscape.

Their message, focusing on ending austerity and creating a culture of participatory democracy, has struck a deep chord. On May 24, a cohort of activists-turned-politicians were swept into power in Spain’s largest cities, including Madrid and Barcelona. In the words of Ada Colau, the anti-eviction activist who on June 13 took office as Barcelona’s new mayor, “This was the victory of David over Goliath.”

The success of Colau and others like her is driven by their deep ties to grassroots movements that have emerged since the 2008 financial crash and subsequent bank bailouts. In Spain’s general elections in November, David may once again triumph. Podemos, the upstart anti-austerity party backing many of the municipal victors, is running strong in the polls, presenting a serious challenge not only to the two-party system dominant in Spain, but also to the economic policies of the European Union.

This is what the run-up to the May 24 elections in Madrid and Barcelona looked like. For the photo essay in pdf format, see here. 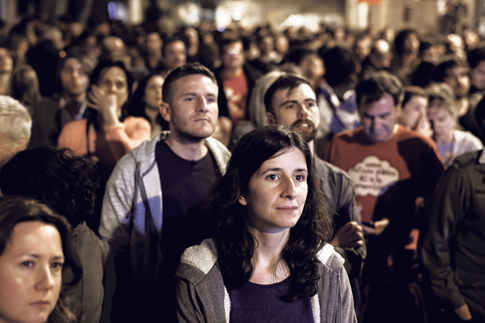 ANTICIPATION: Supporters gathered at the headquarters of Barcelona en Comú await election results on May 24. 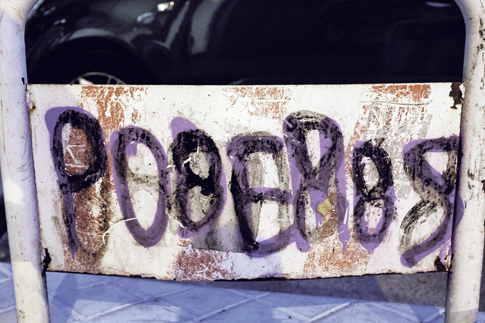 WORD ON THE STREET: Podemos (“we can”) painted on a street fixture in Madrid. Podemos is an upstart anti-austerity electoral party that has been on the rise in Spain. Ahead of national elections in November, it is polling evenly with the two parties that have dominated Spanish electoral politics for decades. 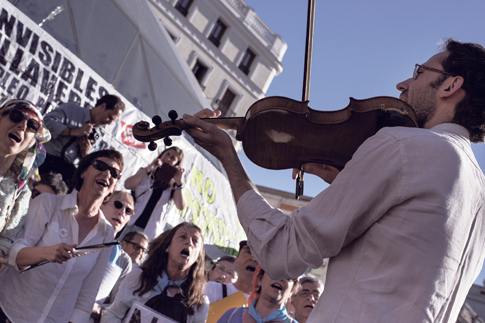 STAY TUNED: A violin player leads a band during a rally celebrating the anniversary of 15M, the youth-led anti-austerity movement that took over public squares throughout Spain on May 15th, 2011. 15M was also a key source of advice and inspiration for Occupy Wall Street when it began in Sept. 2011. 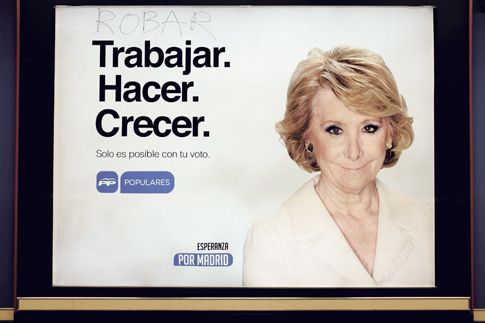 SYSTEM FAIL: An ad in a Madrid metro station for Esperanza Aguirre, mayoral candidate for the ruling conservative Partido Popular (Popular Party), with the word robar (“to steal”) scrawled on it. Spaniards have been increasingly fed up with government corruption, and Aguirre lost the election to Manuela Carmena, a retired judge with a history of opposition to the military regime that ruled Spain from 1939-1978. 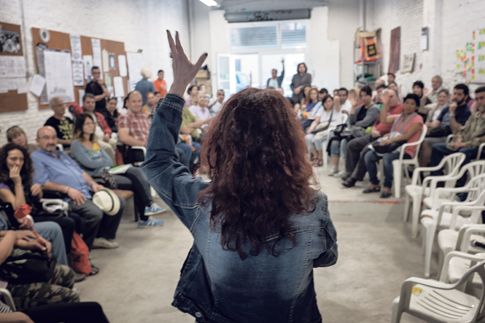 THE RIGHT TO HOUSING: Members of the Barcelona chapter of the PAH (Platform of People Affected by Mortgages) hold a meeting in which they assist local residents with issues related to housing, mortgages and eviction. 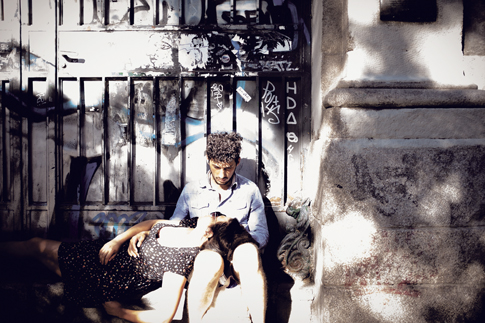 UNCERTAIN FUTURE: A young couple sits in repose outside of La Tabacalera, a collectively-managed social center in Madrid. Youth unemployment in Spain has recently been as high as 50 percent. 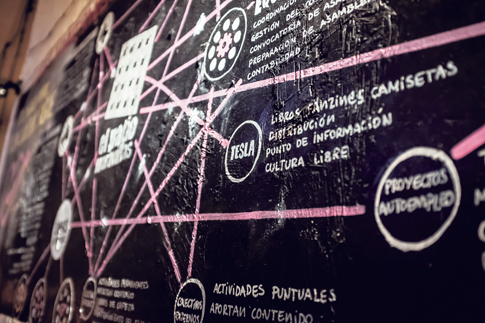 GETTING ORGANIZED: A flowchart depicting the organizational network of Patio Maravillas, a social movement center in Madrid. 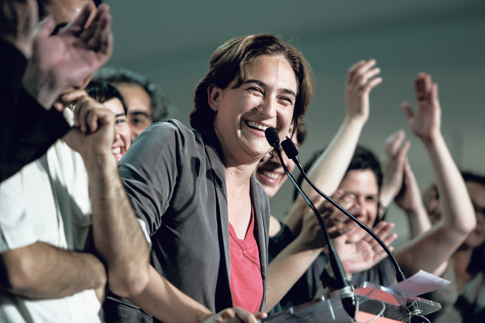 FROM OUTSIDER TO INSIDER: Ada Colau, a founder of the PAH and leader of municipal electoral platform Barcelona en Comú, delivers her victory speech as the new mayor-elect of Barcelona. 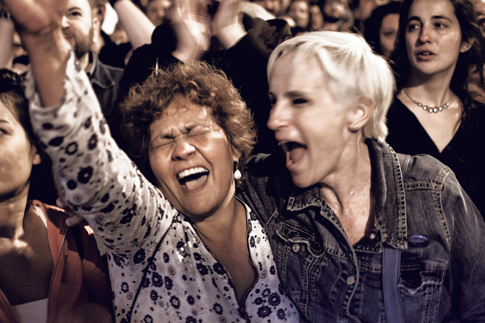 CELEBRATION: Supporters of Barcelona en Comú celebrate victory as the platform wins the mayor’s office and takes 11 of 41 seats on the Barcelona City Council. 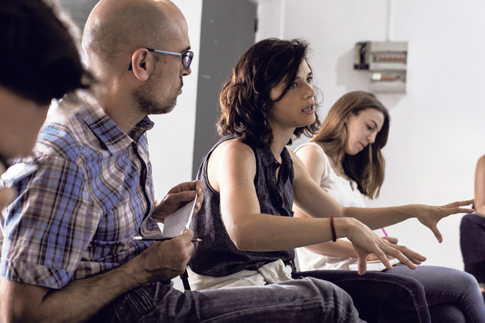 THIS WON’T BE EASY: Representatives of Podemos Madrid describe their hopes and concerns about the ability of Podemos to bring lasting change in the fight against austerity.

Robert Pluma participated in a delegation of U.S. activists to Spain in advance of the May elections. For more info, see nyctospain.com.