The Half Has Never Been Told: Slavery and the Making of American Capitalism
By Edward E. Baptist
Basic Books, 2014

Our elders taught us one thing but, practice another
Just look what happened to the Indian and the brother
— “Our Generation” by John Legend & the Roots

How can we end racism?” I was asked in a recent conversation. The discussion centered on the murder of nine African-American churchgoers in South Carolina by a young white supremacist as well as on the many deaths of unarmed African-Americans at the hands of cops. As the list of the deceased and the fledgling “Black Lives Matters” movement grow, it’s becoming an increasingly familiar conversation. The first response that came to mind were the words of Malcolm X: “There can be no real progress in America’s crucial race relations until the basic historic ingredients that created this explosive race problem are pointed out in blunt terms that both sides can see and understand.”

Two recent books, Edward E. Baptist’s The Half Has Never Been Told and Steve Inskeep’s Jacksonland attempt to do just that.

In The Half Has Never Been Told: Slavery and the Making of American Capitalism, historian Edward Baptist describes the crucial role that slavery played in creating modernity and propelling the rise of the United States to a world power. Baptist’s hypothesis is not new. The same conclusion was reached by Karl Marx, who wrote in 1846, “Without slavery there would be no cotton, without cotton there would be no modern industry. … Without slavery, North America, the most progressive nation, would be transformed into a patriarchal country.” Many other historians came to a similar conclusion: W.E.B. Dubois, former Prime Minister of Trinidad Eric Williams, in his 1944 book Capitalism and Slavery, and Sven Beckert, in his 2014 book Empire of Cotton: A Global History, to name a few.

Baptist convincingly shows how slavery became the engine of U.S. capitalism. As the slave trade developed, it became a catalyst for business innovation and “market making.” Institutions developed to bring buyers and sellers together and to facilitate the flow of information and credit. Meanwhile, as the United States acquired more territory, more than 1 million enslaved African-Americans were forced away from their families and transported to newly settled parts of the South to cultivate crops for the burgeoning global cotton market, which the United States would eventually come to dominate.

And it wasn’t just the planters getting rich. There were fortunes made in the South and the North, in shipping, insurance, banking and other industries linked to the forced labor of enslaved people. There was a direct and positive correlation between the growth of American capitalism and the suffering of enslaved persons.

Baptist delves into the human suffering behind the numbers and does so using today’s language. In his narrative a “plantation” becomes a “slave labor camp,” slave is replaced by “enslaved persons” or “forced migrants.” Words such as “gang-rape” and more than a few F-bombs find their way into the text, and not only in quotations. Baptist painstakingly tells the story of the tremendous sacrifices that enslaved persons made in developing new cotton-picking techniques under the pressures of what he rightly asserts was torture. Enslaved persons had quotas to meet. If they failed to meet them, they were tortured with whippings, sexual humiliation, mutilation and more. When they met their quotas, the quotas were raised. Under these inhuman work conditions, enslaved persons innovated or died trying.

Of course, there could not have been slave labor camps without land to build them on. This land was systematically taken, by hook or by crook, from the Native American peoples in the United States’ nation-building drive. In Jacksonland, journalist Steve Inskeep tells a compelling story about former President Andrew Jackson and his once-ally then-adversary Cherokee chief John Ross. Jackson, in essence, created what is now known as the Deep South, personally profited from it and cleared the way for these lands to be used in the expansion of slave labor camps and the mass production of cotton.

The Cherokees submitted to changing their entire culture and way of life so long as they were allowed to keep their lands. They allied with the United States government in military actions against other tribes, and in the manner of white settlers, cultivated farms, printed newspapers and sent their children to school. Some even got involved in owning and trading enslaved persons. But it wasn’t enough. 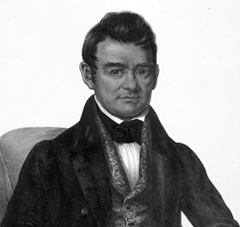 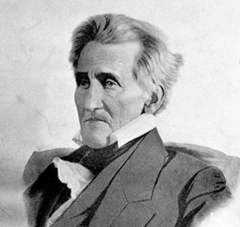 President Jackson, an insatiable speculator and a firm believer in white supremacy, was determined to move Native American peoples to land west of the Mississippi River. When the government of Georgia threatened to seize their lands, the Cherokees decided to fight legally and took their case to the U.S. Supreme Court. They won: The court ruled that the state of Georgia had no jurisdiction over the Cherokees and no claim to their lands. But Georgia officials ignored the ruling and President Jackson refused to enforce it. They lost their land anyway, 25,000,000 acres of it. On the ensuing Trail of Tears, 20,000 Cherokees were marched westward at gunpoint. Nearly a quarter died on route.

Both books show how deeply racism and white supremacy are woven into the fabric of our society. When we observe the injustices of today, we are also observing the echoes of the past. The loss of identity, culture and land still restricts the development of Native Americans. The objectification and denial of the humanity of enslaved Africans has left such a deep mark that in 2014 the most heard slogan in the United States was “Black Lives Matter.”

Some who heard the phrase “Black Lives Matter” responded that “All Lives Matter.” They fail to recognize that the slogan came about in response to specific conditions that disproportionately affect Black lives and bodies, and that those conditions — violence and death at the hands of the state and vigilantes, for starters — are inherently unjust. Indeed the statement is as relevant now as it would have been in the cotton fields of 1840 Mississippi.

By examining the past and recognizing that racial injustice went hand-in-hand with the growth of capitalism and the wealth of Western imperialist powers, we can see that structural changes will be necessary to bring about a world where all humanity is respected equally. Until that day, we should keep asking, “How can we end racism?” until we have found and implemented answers that make “post-racial” a reality.