‘I Did Everything I was
Supposed to Do’

I have been in and out of City College for six years and will graduate this year with a degree in political science and gender studies. I was one of those people who did everything I was supposed to do working a job in high school to save up money for college. I still had a job when the first tuition hikes passed. It made things a lot more financially difficult for me, and I had to take a loan.

As a Puerto Rican woman I am expected to do laundry and household work. I feel like a lot of working class women will do that, where they go to school, go to work and then they come home and have to do a third shift taking care of the people they love.

I went to CUNY to experience the economic and racial diversity that it had but is now losing. CUNY has great identity-based programs, which are very, very important because they teach us a lot of our histories we’re not otherwise taught. But if I started CUNY now I would leave after one semester. It seems like a lot of the money from the tuition increases goes to public safety officers who are now everywhere on campus while the escalators don’t work, ceiling tiles are missing in our classrooms and there’s often no toilet paper in the bathrooms.

The CUNY Board of Trustees has a bunch of finance people who don’t understand what it’s like for the average student. If CUNY had the resources it deserves, it could be free and open to the public and it could really be a tool of educational and financial security for a lot of working class people.

Being Muslim at CUNY

My four years at Brooklyn College have been full of battles and anxiety and deep depression because existing as a young Muslim woman of color in CUNY who believes in justice for the Palestinians means that I must fight to be me, to exist, every day. I joined Students for Justice in Palestine in my freshman year. We have repeatedly been attacked by City Council members and our campus administration, which refuses to condemn the NYPD for sending an undercover cop to spy on us.

These frustrations are, of course, augmented by a crumbling campus: from peeling paint, to roaches in the cafeteria, to non-existent wifi, to an ancient heating system that leaves us either so hot that we’ve renamed Boylan Hall “Boiling” Hall or so cold that we might as well have class outside in the dead of winter, to classrooms where 10 minutes of the class period can go to waste because there is no chalk, and on, and on.

I am graduating this semester, and I will always cherish my college years for the friendships I’ve made with the amazing young revolutionary students of CUNY and with the professors that have mentored me and helped me survive a system that has become entrenched and allows me to continue to be criminalized and marginalized.

A Lawyer in Training 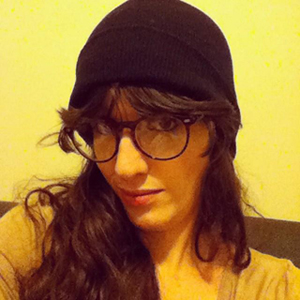 As a law student, I have felt the shockwaves of the austerity politics implemented by Albany and capitulated to by top CUNY administrators. There is far less financial aid for low-income students and students of color than there should be and this has a devastating impact.

Like many transgender women, I have dealt with cyclical unemployment, debt, and have never been able to make a living wage. I chose CUNY School of Law because not only does it offer an exemplary education and unmatched clinical program, but it is full of students like me who are not becoming lawyers just to collect a paycheck. I want to not only have some economic security for myself but a career where I can fight for that right for others. Cutting our funding will decrease the number of public interest lawyers with a serious commitment to defending social movements and the most marginalized people in our society.

I came to the U.S. as an international student five years ago and because of my status I have to pay out-of-state tuition, which is $8,000 out of my pocket every semester.

I wonder where the money goes that is taken from students, both local and international. Professors do not get any raise. They are tired and frustrated. Buildings are not getting repaired. Every room is filthy. About 90 percent of my professors are folks from the Graduate Center, and I love most of them, but sometimes you can see the lack of experience and desire to teach on their part. The campus is pretty and all, but on the inside it’s a nightmare. The restrooms are out of a horror movie scene and the toilet paper must be the cheapest you can find because it’s super thin and has holes in it.

I have one more semester to go. I like the diversity in CUNY, and you do find supportive faculty and staff. But I wish I didn’t have to spend all that money, because there is no guarantee after graduation our degrees will amount to anything. 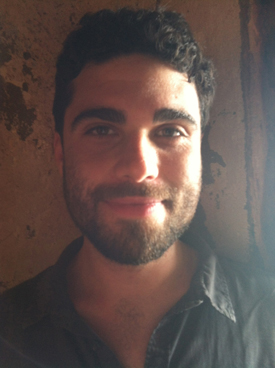 With over a decade of life as a CUNY undergraduate, doctoral student, adjunct teacher and movement participant, I’ve experienced many cycles of study, organizing, eruption and repression.

The first time I set foot on a CUNY campus, in March 2005, was for a protest to defend four students and a campus worker who had been arrested for picketing a military recruiters’ table. Since then, I’ve been overworked, surveilled, arrested and indebted at this same university in which I’ve made enough profound friendships and teaching/learning bonds to fill several lifetimes.

I’ve seen some friends move up the conveyor belt to honors classes, scholarships and subway ads, and more often, other friends move down to crushing debt, unfinished degrees, and unemployment. I’ve seen the callous racism that has imposed and raised CUNY tuition since 1976 be remixed as a “Rational Tuition Policy” 5-year increase in November 2011 (when CUNY and NYPD cops arrested 15 and attacked dozens more outside a Board of Trustees public hearing, and then an entire campus building was evacuated for the tuition hike to pass), and now again be proposed as a “Predictable” 5-year increase starting in 2016.

Even so, my dedication to re-envisioning CUNY from below recognizes that campus upheavals can set off wider social changes — in which a classroom dialogue, student club event, union contract campaign, and support between friends could ultimately transform New York City.

Free College for All: An Idea Whose Time Has Come (Again)
By STEPHEN BRIER