Never are the corporate media more out of their element than when covering rising social movements.

The reasons for this are many. The corporate media generally don’t pay much attention to the conditions that produce a movement like Occupy Wall Street or Black Lives Matter before they emerge in the streets. Most mainstream journalists have little or no familiarity with social movements or their participants. The chaotic, egalitarian nature of many movements, their seemingly “unrealistic” demands and their strident earnestness can be jarring for journalists who are more attuned to the conventional wisdom emitted from the corridors of establishment power. Yet, the same corporate media outlets that are always late to grasp these movements’ importance are the first to pronounce their demise and write them off as misguided failures.

In such a milieu, we are fortunate to have independent, non-corporate journalists like Amy Goodman, who has been at the side of social movements for decades and can help us put some of their remarkable accomplishments in perspective.

Goodman’s new book, Democracy Now!: Twenty Years Covering the Movements Changing America, written with her brother David Goodman and her longtime collaborator Denis Moynihan, revisits some of the stories that she and her team at Democracy Now! have covered since they launched their small, independent radio broadcast in 1996. Now, 20 years later, Dem-ocracy Now! is the largest public media collaboration in the country, broadcast on over 1,400 public and community radio and television stations. It is funded solely through donations and grants.

Goodman says the show gives her the freedom to “go where the silence is.” Since its founding, Democracy Now! has distinguished itself from other daily news broadcasts by its dedication to covering underreported stories and bringing out the voices of underrepresented groups. Never shying away from controversy, it has featured interviews with whistleblowers, refugees, antiwar protesters and death row inmates.

In her new book, Goodman revisits some of the many grassroots movements that she and her team have covered. She has chapters on the antiwar movements that erupted in 2003, the efforts of whistleblowers to expose our growing surveillance state, Occupy Wall Street, Black Lives Matter and movements for LGBT equality, immigrant rights and environmental justice. Goodman challenges the conventional narrative that many of these movements failed, arguing instead that many of their efforts are simply still unfinished. She gives credit to grassroots organizers and celebrates the results of their hard work — sweeping and incremental, intended and unintended, near and far away.

Although Goodman’s reflections on her time as the host of Democracy Now! will resonate most with longtime listeners and fans, this is a book for anyone interested in how social movements work. She relies on her interviews and broadcasts to form her narrative, but the story is less about the show than it is about the broader social movements that it has touched over the years. She begins her chapter on climate justice, for example, with a transcript of an interview she conducted in 2012 with Kumi Naidoo, the executive director of Greenpeace International. They spoke while he was hanging suspended from an oil rig in the Arctic Ocean to protest Gazprom, the first oil company to drill in the region. The interview alone is striking, but especially so when placed in the broader context of the climate justice movement. In the rest of the chapter, Goodman looks at other activists around the world who have fought against the corporations that have enriched themselves while destroying our planet. She tells the stories of the Nigerian activist Ken Saro-Wiwa, who was executed after he helped expose Chevron’s “drilling and killing” program in his home country, of the protesters who stopped the 1,200-mile-long Keystone oil pipeline and of the indigenous people who have won significant victories against corporations in Canada, the United States and around the world. At a time when coverage of climate change is often characterized by despair and cynicism, it is refreshing to be reminded of the victories activists have already achieved. 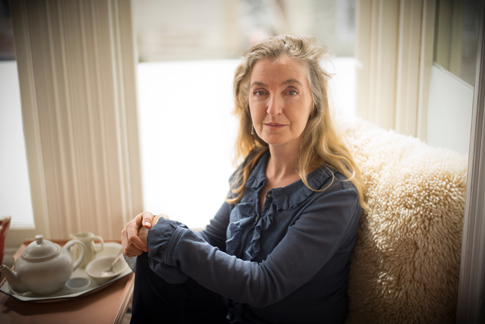 In this way, Democracy Now! has much in common with -Rebecca Solnit’s Hope in the Dark, which was reissued in March with a new foreword and afterword. The book was first published as an online essay in 2003, shortly after the Bush administration launched its “shock and awe” bombing campaign in Iraq. While pundits and journalists dismissed antiwar demonstrations like the global day of protest on February 15, 2003 — the largest single-day protest in history — Solnit looks at them alongside struggles such as the 1994 Zapatista uprising in Mexico and the 1999 protests at the World Trade Organization meetings in –Seattle. She rejects the impulse to dismiss movements as irrelevant when they fail to meet major goals. Instead, she highlights the power of incremental change and the small triumphs of grassroots organizing that often go unnoticed, even by the organizers.

Though both Goodman and Solnit take on much of the same political and historical material, their approaches are quite different. Goodman, the resolute daily journalist, approaches the subject of social change head on, presenting what she uncovers. Solnit adopts the more reflective and poetic approach of the cultural critic, taking the time to wander among disparate ideas and events and connect them. It is this reflective and poetic style that has come to define her throughout her career, during which she has written on everything from art and feminism to gentrification and history. Her books and essays often tackle many of these ideas at once, meandering between them and making surprising connections. Even in an explicitly political work like Hope in the Dark, Solnit is able to find unexpected moments of beauty, without ignoring the dire realities we face.

Looking back to 2003, when Hope in the Dark was first published, or to 1996, when Democracy Now! first aired, it is easy to dwell on how much hasn’t changed. Our political system remains in the hands of powerful elites, climate change is accelerating and the gap between the super-rich and everyone else has grown wider. Yet I came away from both books feeling optimistic about the future of our world.

People want to see an end to war, environmental destruction and political corruption. Increasingly, they are convinced that major changes to the status quo are necessary, and they are building movements to bring about those changes. That’s why I’m grateful for the bravery and optimism of people like Amy Goodman and Rebecca Solnit, who aren’t afraid to celebrate the progress these movements have made, even when there’s still more work to do.