But a Storm Is Blowing From Paradise: Contemporary Art of the Middle East & North Africa
Solomon R. Guggenheim Museum
Through October 5

To make her piece Flying Carpets (2011), Nadia Kaabi-Linke, an artist who grew up in Dubai and Tunis as well as eastern Ukraine, spent time with North African street vendors near a large, tourist-y bridge in Venice. Over the course of a week, she observed the vendors as they bundled their wares in carpets and moved — frequently, furtively — across and around the bridge.

Flying Carpets is a busy conglomeration of rigid metal bars suspended from the ceiling. It simultaneously alludes to the grandness of Venetian bridges, ancient Middle Eastern stories of flying carpets with their connotations of unfettered flight and freedom, the harsh economic and social constraints placed on migrant workers, and the hard-edged traditions of modern architecture. Her sculpture is a shiny, flying toy, a contemporary city and, finally, a sort of cage. 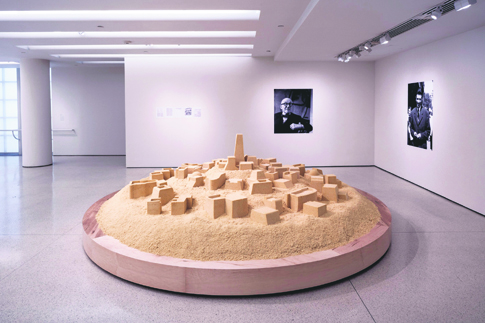 Like Flying Carpets, Kader Attia’s Untitled (Ghardaïa) (2009) uses angular, geometric forms to question the supposed divisions between European and North African cultures. The piece includes a miniature model — made with couscous, a staple food in North Africa — of the ancient Algerian city of Ghardaïa. The model appears along with historical documents showing that the revered French modernist architect Le Corbusier visited Ghardaïa in 1931.

Attia grew up in both Algeria and France. With Untitled (Ghardaïa) he posits that Le Corbusier’s aesthetics, acclaimed in the architect’s time for their avant-garde modernity, were, at least partially, a European reworking of concepts invented by North African architects since before the time of Henry the Great. The organic, granular model of Ghardaïa looks like it could fall apart at any moment — a metaphor, perhaps, for the fragility of assumed historical narratives.

Flying Carpets and Untitled (Ghardaïa) are the largest works in “But a Storm Is Blowing From Paradise,” currently on view at the Guggenheim. They sum up most of the exhibition’s major themes: modernity and tradition, movement and restriction, East and West; all from the vantage point of a contemporary, hard to define and ever-fluctuating MENA (the Middle East and North Africa).

The exhibition’s title sounds vaguely like a line from an ancient holy text. Christianity, Islam and Judaism all began in the Middle East, after all, but the phrase is actually adapted from German-Jewish philosopher Walter Benjamin’s famous description of the angel of history: A celestial being who watches as all of history unfolds as a single tragedy while he’s helplessly blown into the future by a storm called “progress.” 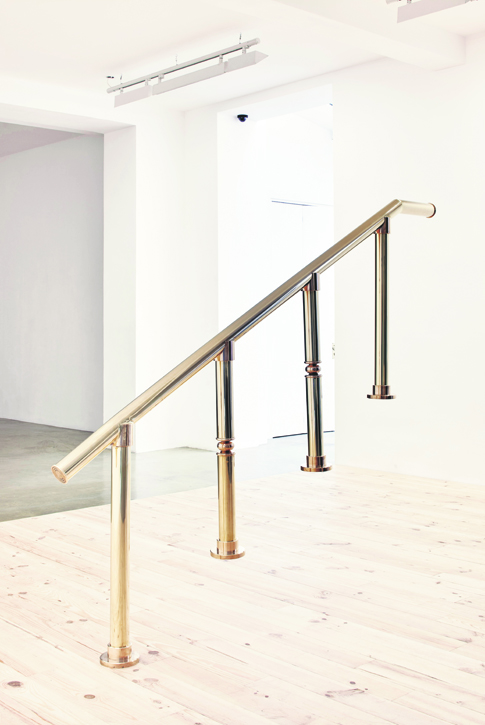