As part of a feature in this month’s Indypendent, “Apped to be Screwed,” we spoke with workers from across the gig economy. Here are their experiences in their own words. 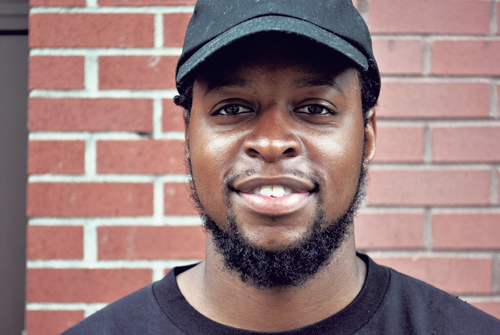 I was working with Google Shop Express. It’s basically a same-day delivery service, Google’s answer to Amazon. A friend recommended Taskrabbit to me and it seemed like a good way to get some side cash, so I applied. I was on a two-year contract with Google and when that was over I started doing Taskrabbit full time.

Moving jobs are the best, cause they pay $30 to $60 an hour, but most of the tasks don’t pay that much. One time a guy paid me to attend a comedy show. Depending on how everything goes, I take in about $300 a week using the app.

The benefit of Taskrabbit is that you can promote yourself and it’s a great way to interact with different people. If you end up working for someone and you do really well, they could actually hire you full time.

The thing is though with Taskrabbit you don’t have anything set in stone. You’re constantly looking for jobs, looking for work and, sometimes, nobody’s hiring you. It’s like, “Why doesn’t anybody want to hire me?” But, generally speaking, it keeps me pretty busy. I like it that way. I like working. If I would have to work less, I would have to find something else to cover up that free time.

Still, I wouldn’t mind a vacation, now and then. I want to go to school for software engineering and create my own apps. It’s just difficult coming up with tuition and everything.

Before I started using Thumbtack I was making $50,000 a year at a day job doing social media marketing and at night I was doing comedy shows, sketch comedy, improv, stand-up — that sort of thing. In May, I got fired. A friend told me about Thumbtack and I started using it. You fill out your profile and list all the things you’re qualified for and Thumbtack sends you gigs. Applying for a gig costs you credits. It costs $35 for 30 credits and it typically costs 7 credits to apply. Some of the gigs are kind of weird, like “Can you ghostwrite this Christian novel?” Or, “Can you write my essay for college.”

Once I got hired by this woman who said she needed help with administrative assistance and social media for her independent publishing company. I was super excited to do that, but when I got to her place of business it turned out it was at her house and she had me doing things like ordering soap from Amazon and booking her flights. She wrote me a positive review but forgot to pay me. Eventually, I got a check in the mail after I reminded her, but it’s a huge risk and it happens to my friends all the time.

I’m barely scraping by. I’ve been able to make it with acting gigs here and there and unemployment.

With a salaried job you’re like, “Okay, well, this amount of money is going to come in every two weeks, so I can be broke for two days and then a paycheck’s coming and it’s going to be big. I can get an Uber, I can go out to eat.” Now there’s a lot of uncertainty. It’s been hard for me to adjust. 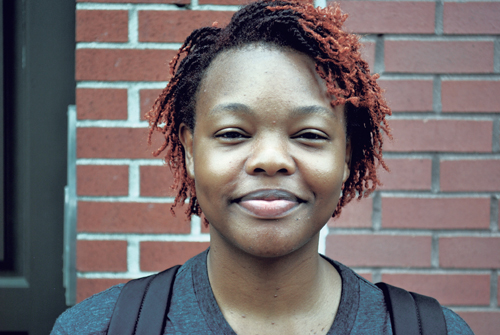 I work for the Department of Youth and Community Development part-time and I’m also in school at Borough of Manhattan Community College (BMCC). I work at the library there too, in their IT department, which is within my major. I answer the phones, change passwords, all that fun stuff. And since BMCC is in Lower Manhattan, I’ll go and do a task for Taskrabbit on my lunch break and then I’ll go back to work.

I normally get personal assistance and party decorating jobs through Taskrabbit. The issue I have with Taskrabbit is that when you hire me for the first time — I don’t know if the users actually see this end of it — but 30 percent goes to Taskrabbit. It makes sense, I guess, they gotta pay their bills. If users hire you consecutively they take less of a cut. I think its like 15 percent. But most of my jobs are one-offs.

Taskrabbit, they watch your chats with customers. You’re not allowed to contact the client, or vice versa, without being on the Taskrabbit platform. They say that’s because if something bad happens and it’s not documented in their chat room, they don’t really know what happened.

Another downside is that it’s oversaturated. You have all these great people that have all these skills using the app, but at the end of the day there isn’t enough work to go around.

My mom has worked two jobs for like 20 years each. But I feel like, for our generation, there are very little jobs to go around. There are no longterm possibilities. There are a lot of startup companies out there hiring that are here today and gone tomorrow. A lot of jobs are temporary. You have to find something else to supplement your income because the wages aren’t stable.

One day I want to be on the beach in my beach house doing work from the beach. That’s my goal. That’s my aspiration in life. How I get there depends on what path I choose, but that’s my goal.

I’m from Honduras but I’ve been living in the city for 30-something, almost 40 years. I’ve been a business owner. I had a repair garage. I had taxi medallions but I sold those. I owned a restaurant in Chelsea before all the galleries and clubs came in. I restore houses, too, on the side. In the old days, I drove a yellow cab when business wasn’t working out.

The cab driver is mistreated. People, they don’t think of you as a person. They just come and give orders — “Snap on it!” — ignoring that we are human beings. People are disrespectful, some people have sex in the car. They do a lot of stupid things in front of you. They want to smoke marijuana. They stink like marijuana. And what are you going to do? Throw them out? Every single one? There are so many.

Originally, the passengers were a nice crowd with Uber, but then as Uber grew it was just like in a yellow cab. Uber is like cancer, you see it here, see it there. You can’t control it.

All told I put in 16- to 18-hour days. I live in the car. If I want to work in the morning after driving all night, I can’t go home. So I stay in Brooklyn or Queens or wherever I am. I sleep in the car. That’s what we all do. It’s not busy, we’re waiting for passengers, we sleep in the car. Everything has to do with the car.

Sometimes I think, “What if we all stop driving for one day, just to see what Uber’s reaction would be.” 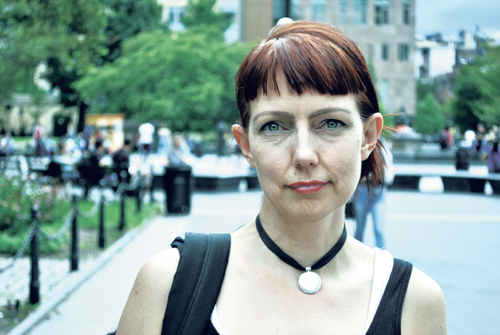 I worked at a private university for ten years, sometimes part-time, sometimes full. I left two years ago because I didn’t want to be tied to a desk, shuffling paperwork. It just felt like it was sucking out my soul. Since then, I’ve tried to piece together part-time and temporary work so that I have time to do other things. I’m not making a very good go of it. I haven’t found how to get by yet and I’m going into debt.

I use Craigslist to hunt for jobs. I considered doing Taskrabbit and I even signed up to go to their orientation a couple of times, but never went. I just felt uncomfortable being hired by some random stranger to come to their house to hang curtains or something and then be on my way. I’d rather find something longer term.

I’m working at an office through a hiring agency now. The job pays alright but I might have to quit because I’m on Medicaid and it cuts off if I make more than $16,000 a year.

My boyfriend owns his apartment. He moved in ‘92 and was able to buy it at auction. One day we’re going to take what’s left of my 401K, renovate his apartment, rent it out to some rich Wall Street-type and then move to Europe so we have health care and live on the rent. That is our retirement plan.

This political structure is totally fucked. We need to tear it down and build something new.

Apped to be Screwed

Privilege and Precarity in the New Gilded Age