Donald Trump’s rise to political prominence has surprised and unsettled many Americans. But the United States is not alone in seeing an upsurge in far right political figures who espouse a toxic mix of bigotry and authoritarianism. Tracy Llanera (pictured below) documents the rise of the far right in the Philippines as part of The Indypendent's Echos of Trump series. 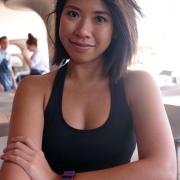 Philippines President Rodrigo Duterte makes Donald Trump look like a spineless brat. On Sept. 30, Duterte said he would be “happy to slaughter” the nation’s estimated 3 million drug users, much like Adolf Hitler exterminated Jews. Since he took office in June, more than 3,500 alleged addicts (and a few innocent bystanders) have been killed by police, vigilante groups, or unknown assailants. That number doesn’t include the more than 1,400 people slain by the Davao Death Squad, a vigilante group linked to Duterte during the 22 years he was mayor of Davao City, the nation’s largest city outside the Manila metropolitan area.

Like Trump, Duterte has a reputation for being crude with women, bragging about his two wives and two girlfriends. After Australian missionary Jacqueline Hamill was raped and murdered during a 1989 prison riot, he joked that he “was mad she was raped,” but that he, the mayor, “should have been first.” He got away with it.

Despite this, recent polls show Duterte enjoying an unprecedented 91% “trust” rating and a “very good” net satisfaction rating in this nation of 102 million people. His militant machismo is what makes people either worship or despise him. But unlike Trump, Duterte has a long record in local politics. In 1988, when he became mayor of Davao, a city of 1.6 million on the southern island of Mindanao, it was one of the nation’s most violent places. He transformed the city into a peaceful, prosperous commercial and tourist hub by becoming as ruthless and as frightening as the criminal forces that plagued it, with hundreds of petty criminals liquidated. He has denied ties to the Davao Death Squad, but said in 2005 that the best way to deal with criminals was “summary execution.”

As president, Duterte promises the Philippines the same discipline and security. These are clear and simple successes that Filipinos, their lives long beset by injustice, poverty, and crime, are happy to welcome. He has also said the United States is hypocritical to complain about human rights violations when its army massacred more than 250,000 Filipinos in Mindanao during the 1899-1902 war that made the nation a U.S. colony.

Duterte and Trump are the politicians you get when governments are run by an oligarchic elite and the dissatisfied public seeks a messiah. Prior to Duterte, Philippine national elections were marred by vote-buying and distrust of the traditional political families. Duterte ran as an outsider, a figure unblemished by the “cacique democracy” of Manila and its debilitating corruption. For many, this makes him the best candidate for ushering in real change, even if it means swallowing his death squads and his exaggerating the nation’s drug crisis to justify them. (Filipinos use “shabu,” methamphetamine, at rates similar to Americans, and cocaine and heroin use are negligible.)

While their messianic roles indicate why they enjoy strong and often uncritical support, remaining generally immune from the consequences of their words and actions, Trump and Duterte play different versions of strongman politics. Trump projects the image of the brash, shining American capitalist, his supporters aspiring to be as rich and powerful as him.

It is more fitting to think of Duterte as the ominous father of the Filipino people, a savior born of an infantile necessity. Filipinos do not want to become Duterte. Instead, they want their Tatay Digong (Father Digong) to take care of them and to make sure their house is safe. This explains why Duterte’s violence is being condoned, and why the collateral damage of his drug war — the killings of a five-year-old girl and the many cases of mistaken identity — has not been enough to generate deep public condemnation. The need for a strict but loving leader to fix the broken roof is more important than the lives of the errant and the petty others.

Referring to leaders as family is not new to Philippine politics. The late dictator Ferdinand Marcos, ousted in 1986, remains widely known as Apo Marcos in his home region of Northern Ilocos (Apo is a title of respect used to address a superior or an elder, or God). Ex-President Benigno “Noynoy” Aquino III is often evaluated in terms of how much he stands up to the legacy of his father, Benigno “Ninoy” Aquino Jr., a national hero who was imprisoned and exiled by Marcos and assassinated upon his return in 1983.

It’s election time, and the American people still have the chance to “fire” Trump. If the Filipinos want to get rid of Rodrigo Duterte, it won’t be easy to disown their imagined kin.

Tracy Llanera is a Filipino academic based in Sydney. She teaches philosophy at Macquarie University and for Open Universities Australia.

Echoes of Trump: We Have Become a Meaner, Poorer Place by Hazel Healy

Echoes of Trump: The Lesser-Evil Smokescreen by Farah Belaggoune