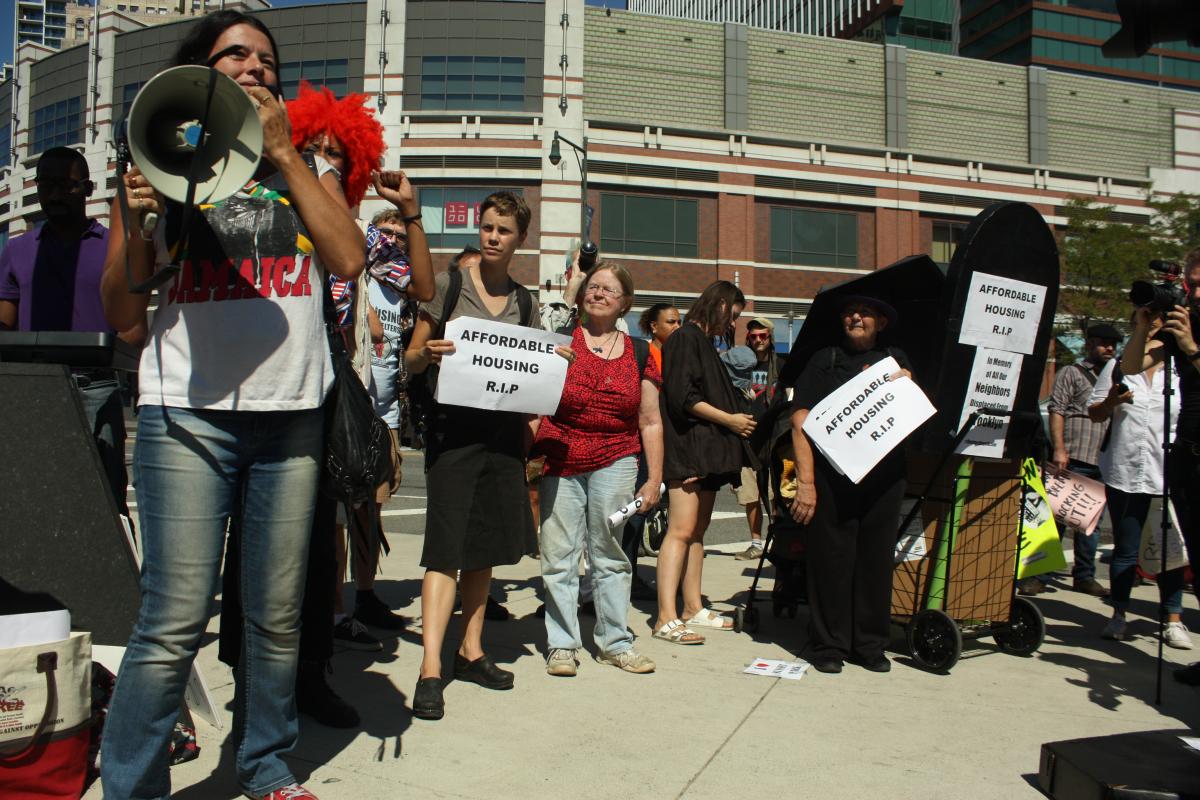 “Somebody give me a Rentpowerluyah!” chanted Reverend Billy and the Stop Shopping Choir, as more than 150 people gathered on Sept. 22 in front of the Barclay's Arena in downtown Brooklyn to protest gentrification and soaring rents on the lives of working people in New York. The demonstration was a part of the first-ever National Renters Day of Action, held simultaneously in 48 cities in 19 states across the U.S. Participants organized marches, rallies, city council hearings and tenants rights education canvassing campaigns. 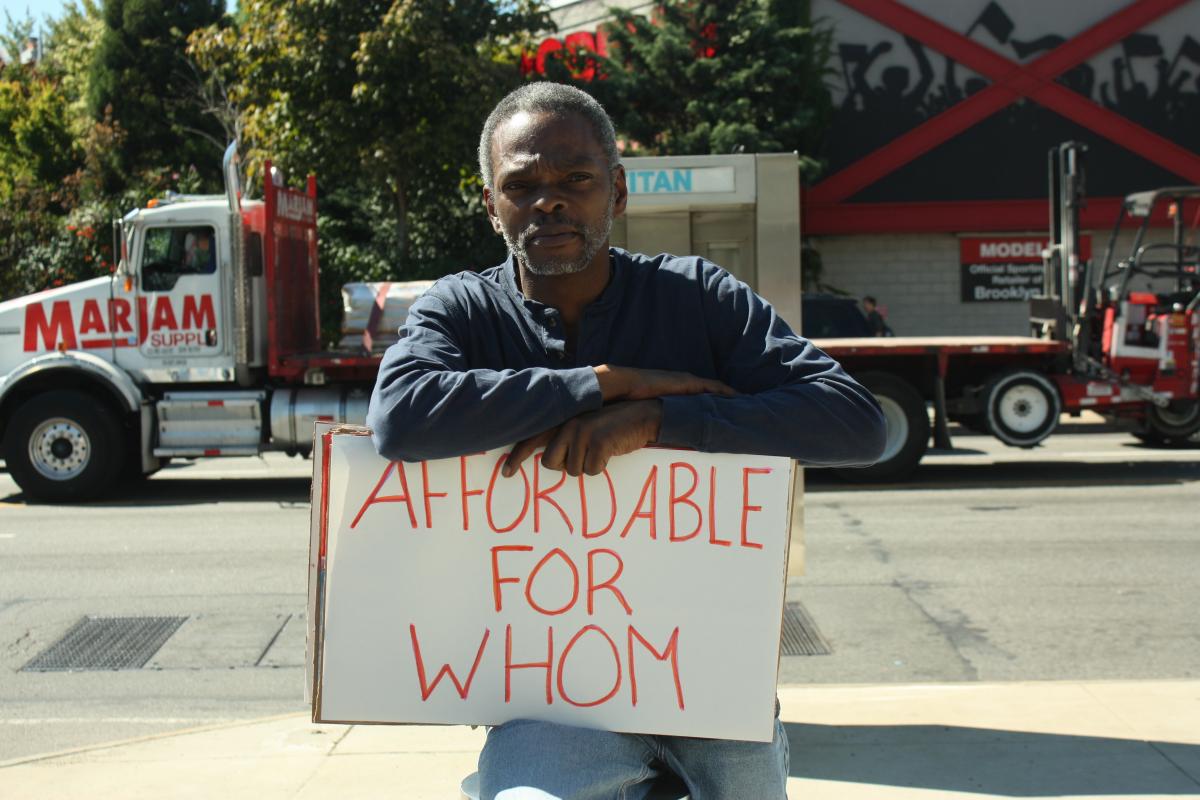 “Our four demands are to freeze the rent for everyone, an end to unjust evictions, the ability for tenants to organize and the ability for a community to actually have a say when development happens,” said Michael Higgins, organizer at Families United for Racial and Economic Equality (FUREE), one of the lead organizations behind New York City's Renters Day of Action. The event also had the support of more than 20 tenant rights organizations across the five boroughs, many of whom are contending with controversial initiatives in Mayor Bill de Blasio’s 10-year housing plan, which includes rezoning whole neighborhoods and building market-rate housing on public housing grounds. 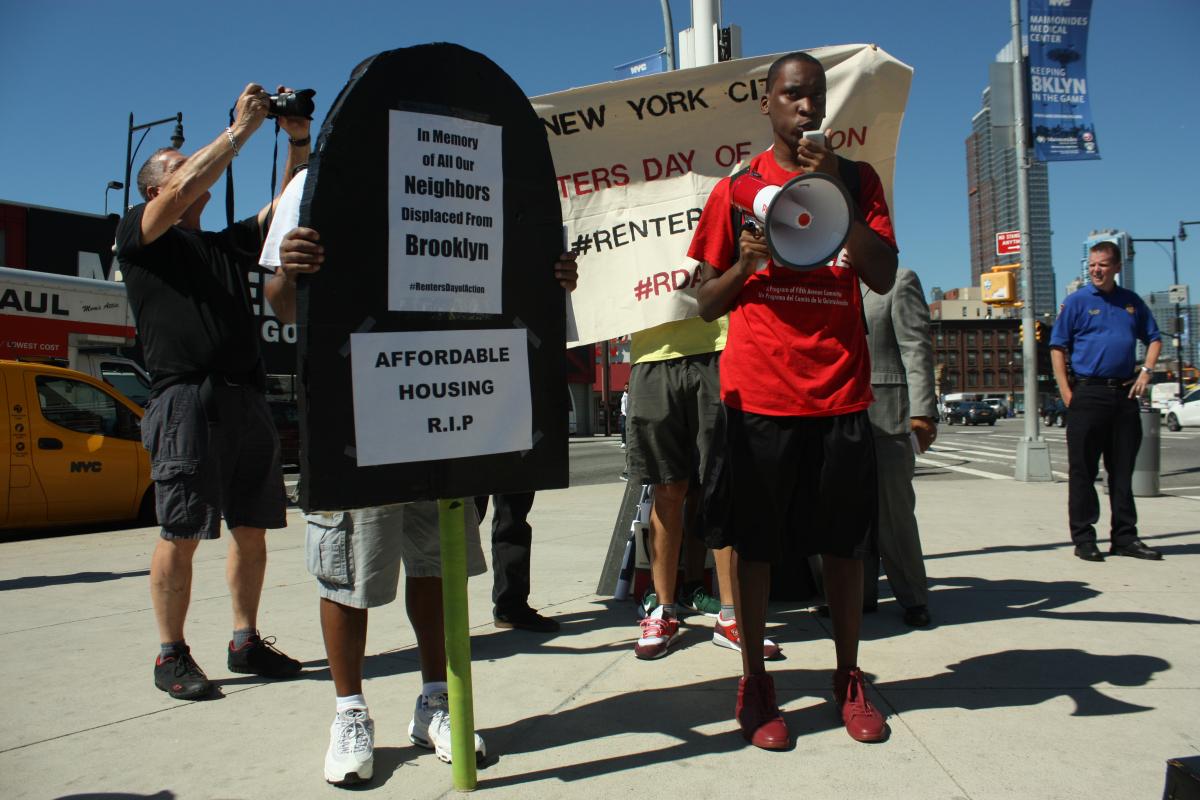 Participants marched down Flatbush Avenue chanting and displaying their banners. Afterwards they performed a funeral for affordable housing.

“We sing all the right songs in all the wrong places and our basic theory of activism is to place our bodies in a place where our political opponent is stopped in some way but also where people witness the joy, the risk and glory of singing in the wrong place,” intoned Reverend Billy.